Five years ago, Emmanuel Macron won a sweeping victory to become the youngest president in France’s history. Running at the head of The Republic On The Move,1 a centrist and pro-European Union party he had founded in 2016, Macron defeated his far-right opponent, Marine Le Pen, by more than 30 percentage points and broke the hold of the traditional center-right and center-left parties over French politics.

But as France prepares for the first round of presidential voting on Sunday, Macron is fighting to maintain his centrist coalition in the face of more radical alternatives. Not totally unlike the United States and other parts of Europe, France has experienced deep political cleavages between its urban and rural, affluent and working class and native and immigrant populations. And a burgeoning political right has stoked anti-immigrant and nationalist sentiment in the ethnically and culturally diverse country. Add in concerns about the cost of living, and it’s no wonder Macron faces a tough reelection battle. Once again, it’s Le Pen who looks most likely to stand in his way, too.

Based on survey data collected by French journalist Alexandre Léchenet, Macron and Le Pen hold strong leads over the rest of the field in Sunday’s first-round vote, with Macron leading the field at a bit north of 25 percent, on average, and Le Pen in second in the low 20s. Only one other candidate, far-left contender Jean-Luc Mélenchon, is polling above 10 percent.

However, as no candidate is polling anywhere near 50 percent, a runoff election between the top two vote-getters on April 24 is a near certainty at this point, as a candidate must secure a majority of the vote in order to win on Sunday. Those two candidates are very likely to be Macron and Le Pen. The Economist’s forecast currently gives Macron and Le Pen a 98 percent and 93 percent chance of advancing to the runoff, respectively.

What’s troubling for Macron, though, is that Le Pen’s gains suggest she could pose a real threat in the runoff, as she has consolidated support on the political right while her two main rivals, Valérie Pécresse and Éric Zemmour, have lost ground.

Le Pen and her party, the National Rally2 (formerly the National Front), have traditionally run on an anti-immigrant and Euroskeptic platform, dating back to her father Jean-Marie Le Pen’s party leadership. But in this election, Le Pen has placed a greater emphasis on kitchen table issues, including calls to cut taxes on energy and raise base pensions, which may broaden her appeal considering that many in France are worried about inflation. To be sure, her party maintains a strong anti-immigrant platform that aims to weaken immigrants’ access to government benefits and shut out many asylum seekers, but Le Pen has welcomed Ukrainian refugees as she tries to distance herself from her past praise of Russian President Vladimir Putin. 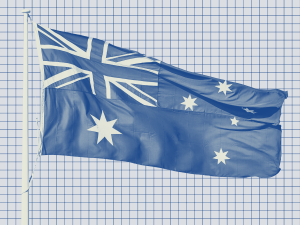 Are Australians About To Vote Out Their Conservative Government?

Le Pen’s hard-right edge may have also been softened in voters’ eyes given Zemmour’s far-right campaign. A political commentator who has espoused racist, anti-immigrant and anti-Islamic views and been convicted twice of inciting hatred, Zemmour seemed to initially take a bite out of Le Pen’s support last fall, but his campaign never quite took off, and he has since slipped in the polls. Meanwhile, Le Pen may also be winning over some conservative voters who abandoned Pécresse and her center-right party, The Republicans.3

Meanwhile, the French left, which has been in a state of disarray in recent years, hasn’t yet consolidated around Macron. Instead, Mélenchon of the France Unbowed party4 has been gaining ground in the polls. Mélenchon may be gaining traction for his campaign promises to reintroduce a wealth tax that ended during Macron’s administration and lower the retirement age from 62 to 60. Then again, Mélenchon is still polling considerably behind both Le Pen and Macron, so his campaign might be most significant for whether Macron can win over many of Mélenchon’s voters in a runoff.

Until a few weeks ago, though, Macron didn’t look like he was in trouble. In fact, his handling of the war in Ukraine had significantly boosted his standing at home. Following Russia’s invasion of Ukraine on Feb. 24, Macron’s first-round polling numbers jumped from the mid-20s to around 30 percent, as he earned plaudits for his diplomatic efforts to halt the Russian invasion, and when that failed, praise for his tough stance toward Russia both militarily and economically. Tellingly, his numbers hit 60 percent in some head-to-head surveys against Le Pen ahead of a possible runoff. However, as the war in Ukraine has dragged on, Macron’s bump has dissipated — in fact, he’s slipped below where he was prior to Russia’s invasion of Ukraine, as the chart below shows.

It’s not really clear why Macron’s numbers have dropped so dramatically, as he still enjoys relatively high support for his handling of foreign policy. Part of it could have to do with low marks for his attempts to liberalize France’s economy, including making it easier for companies to lay off workers and lowering business taxes, which haven’t been popular. Some critics have called him “the candidate of the rich,” and moves like getting rid of the wealth tax and reducing social spending assistance have played into that. And Macron’s policies have resulted in populist outcry before, as a proposed gas tax hike in 2018 led to nationwide protests in what became known as the Yellow Vest Movement. Now his campaign is pushing the unpopular position of raising the retirement age, which may also explain why the race between him and Le Pen has narrowed.

In fact, polling between Macron and Le Pen has gotten close enough that Le Pen is just a normal polling error away from winning: The average error between the poll margin two weeks before the election and the runoff result has been about 4.6 points in French presidential elections from 1969 to 2017, and polling averages produced by Politico and Reuters each put Macron’s runoff lead at 6 points. In other words, a slightly larger-than-normal error could make Le Pen France’s next president. And there’s still time for the race to tighten further, as the likely runoff will take place two weeks after the first round.

That said, we should be careful about interpreting just how close the margin is because French polling doesn’t include undecided voters, who may or may not vote. For instance, Ipsos’s latest tracking poll of the likely Macron-Le Pen runoff found that about 1 in 5 first-round voters wouldn’t cast a vote. This was an issue in 2017, too, as turnout fell in the second round, and it could continue to be one in the 2022 runoff because some voters, particularly those on the left, may not be particularly enthused about either candidate. To be sure, what happened in 2017 wasn’t the norm; voter participation has usually risen at least a little bit in presidential runoffs. But many voters may not cast a ballot at all this year, which could endanger Macron if the political right is more energized to vote than the center.

Bottom line: The French presidential election looks to be much closer now than it did a couple of weeks ago. The Economist’s model had put Macron’s reelection chances north of 90 percent in late March; now his odds of winning are slightly better than 3 in 4. Macron is still the clear favorite, but tightening polls have raised the prospect that he will lose the runoff if things go Le Pen’s way.

Jean Yi is a politics intern at FiveThirtyEight. @Jean_Yi_