This is an example of our set-up for tonight. I’m going to be categorizing the states into five categories as we progress through the evening: 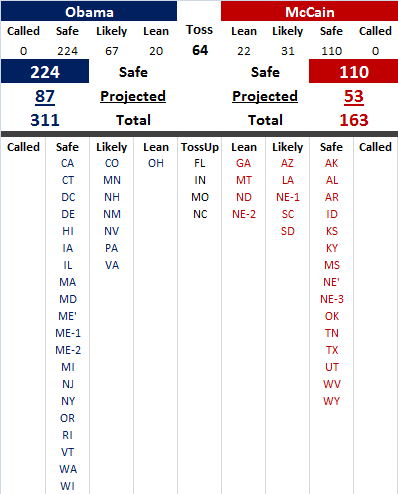 …what we’re interested in is when the Called + Safe states total 270 for one or another of the candidates.

Anyway, you guys should get the basic idea. We’re busy here!