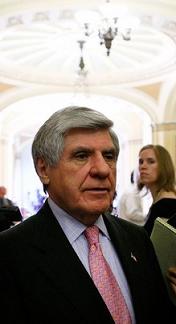 If Jesus Christ returned from Heaven and challenged Ben Nelson for the Senate job, a new Rasmussen Reports telephone survey shows Christ would get 95% of the vote while Nelson would get just 2%. One percent of all voters would prefer a third-party option. Nelson was reelected to a second Senate term in 2006 with 64% of the vote.

When survey respondents were asked how they would vote if Nelson blocks health care reform, 93% still pick Jesus while 4% would vote to keep the incumbent in office.