Dzhokhar Tsarnaev, convicted of murder in the 2013 Boston Marathon bombing, was sentenced to death by a federal jury Friday. But if he is executed at all, it isn’t likely to be anytime soon.

In the nearly four decades since the Supreme Court reinstated the death penalty, the states and the federal government have taken an increasingly long time to carry out executions. The average inmate executed in 2013 had been on death row for more than 15 years, according to the Bureau of Justice Statistics, up from about six years in the mid-1980s. 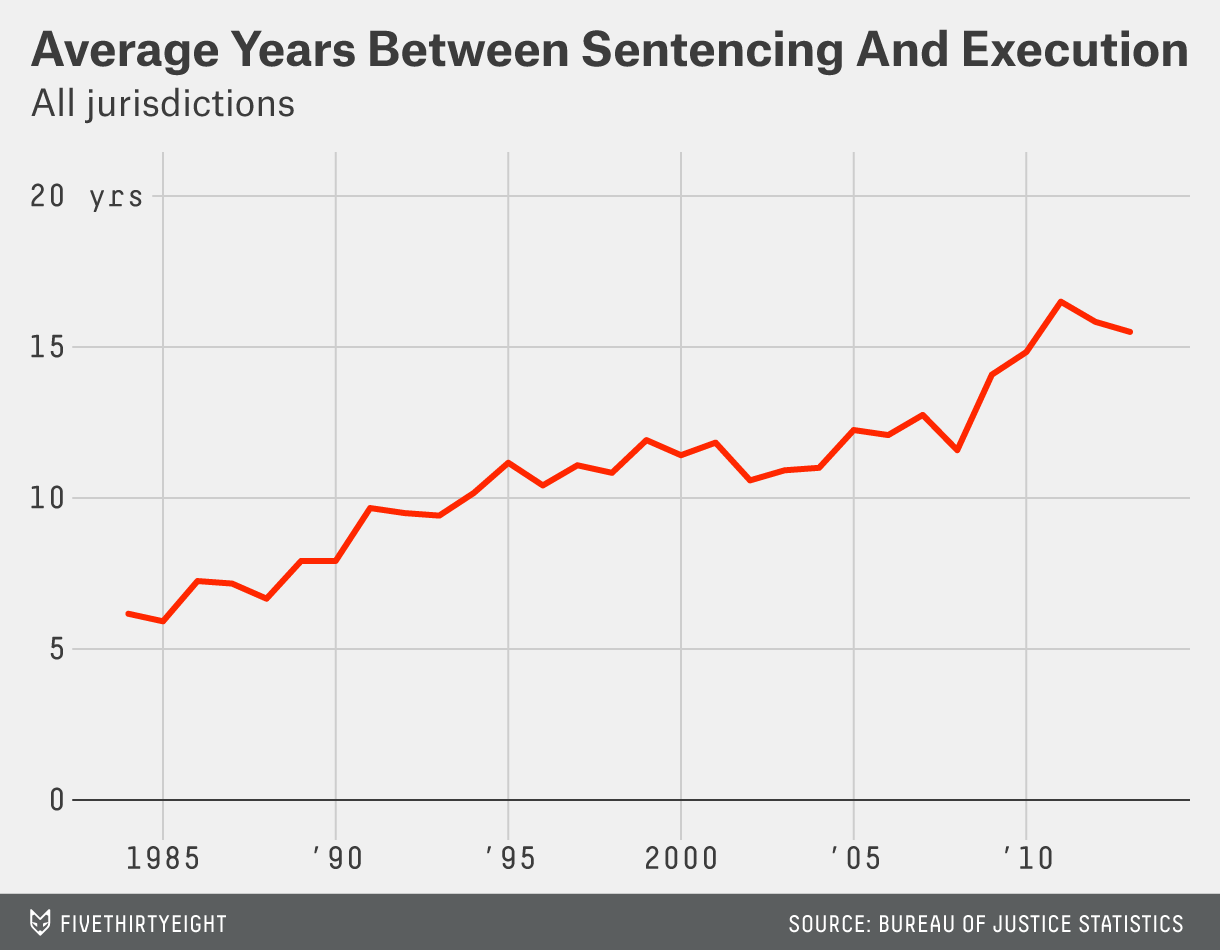 And that’s just the people who end up being executed: Of the nearly 8,500 Americans sentenced to death in federal and state courts since 1973, fewer than 1,400 — less than 1 in 6 — have been executed. The rest either died of other causes, had their sentences overturned or commuted, or remain on death row, where inmates have been waiting an average of nearly 15 years.

The vast majority of those cases took place at the state level. Federal prisoners like Tsarnaev are even less likely to be executed. Between 1988, when Congress reinstated the death penalty for federal cases, and 2013, 71 federal defendants were sentenced to death; only three were executed, compared with 10 who had their sentences or convictions overturned on appeal. (One inmate died on death row, and another had his sentence commuted to life by President Bill Clinton in 2001.) No federal execution has taken place since 2003. Of those still awaiting execution, the typical inmate has already spent a decade on death row, according to the Death Penalty Information Center. (The center’s data is current through 2014.)

Tsarnaev’s case, of course, is atypical in a number of ways. There is little doubt about his guilt; his lawyer admitted at trial that Tsarnaev carried out the bombing, although he technically pleaded not guilty. And his crime was unusually high-profile. Perhaps the closest parallel in recent decades was the case of Oklahoma City bomber Timothy McVeigh, who was executed in 2001, four years after his sentencing. But McVeigh dropped his appeal in 2000; had he not done so, he could have remained on death row for years longer.