My friend Lauren, a general practitioner, sometimes feels like her main competition is Dr. Wikipedia; patients arrive at her clinic having diagnosed themselves using information from the Internet. And she claims plenty of those patients are wrong.

She’s probably not the only doctor to feel that way. According to a Pew Research Center study, one in three Americans have gone online to find out what medical condition they or someone else has. And a study published this month in the Journal of the American Osteopathic Association also suggests Lauren is right about the inaccuracy of layman medical research.

Researchers looked at Wikipedia entries on the 10 most costly medical conditions in the United States (in terms of public and private expenditure), checking them against peer-reviewed medical research.

They found that nine of 10 of them had “statistically significant discordance” with medical literature. The basic conclusion: Wikipedia articles about medical conditions “contain many errors.” (The researchers didn’t judge Wikipedia entries by what they didn’t say, so errors of omission weren’t counted.)

Who are the most likely people to go online in search of health information? Let’s go back to the Pew study. In 2012, Pew surveyed 3,014 adults and found that 81 percent used the Internet. Among Internet users, 72 percent said they had looked online for health information.

There were some interesting demographic patterns. Among those on the Internet, women were more likely than men and white Americans were more likely than other racial groups to seek out health information. (Pew was careful to emphasize that this was statistically significant, because it was calculated as a percentage of all Internet users in each of those subgroups.) 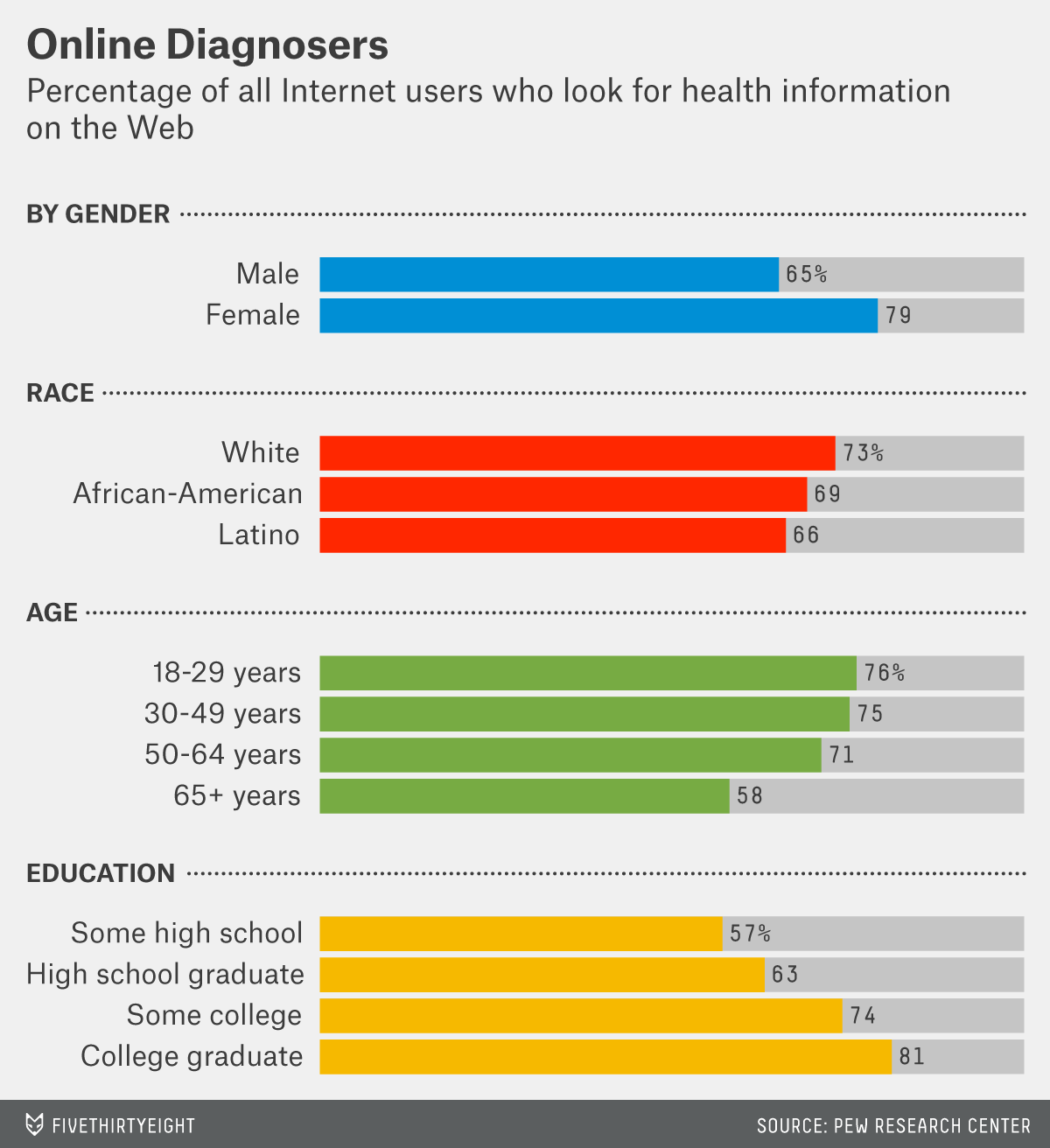 Given the latest study showing the fallibility of online sources such as Wikipedia, it’s worth noting that 53 percent of online diagnosers follow up with a medical professional. So, at least some of these people are seeing doctors like Lauren, who can tell them when Dr. Google and Dr. Wikipedia are wrong.