On the surface, there isn’t much difference between FiveThirtyEight’s NCAA bracket and the consensus. Our most probable Final Four — Florida, Arizona, Michigan State and Louisville — are the same teams favored by the plurality of participants in ESPN’s Tournament Challenge. (They’re also the four teams President Obama chose for his bracket.) 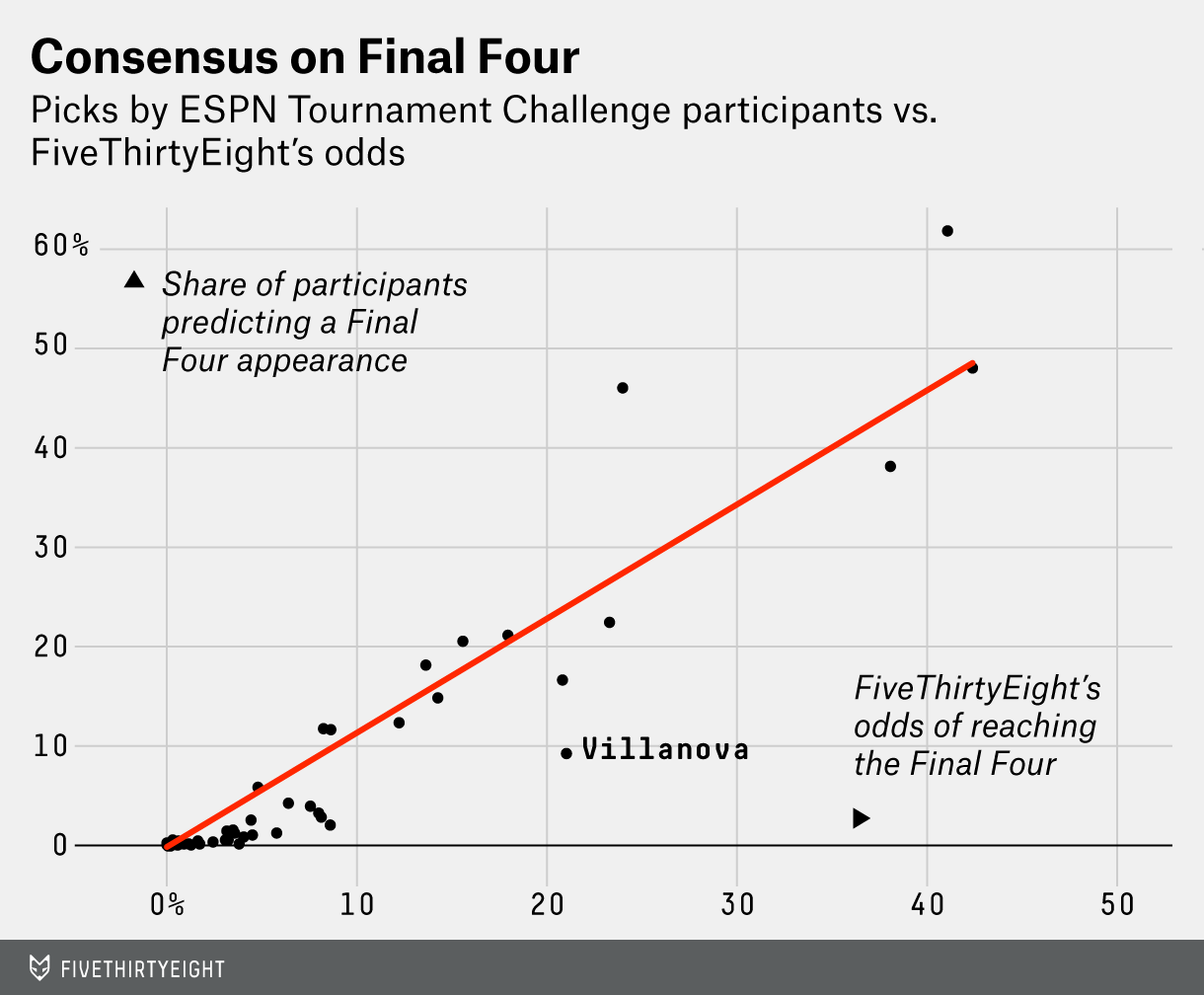 But there’s disagreement over the Villanova Wildcats, the No. 2 seed in the East region. Our model gives them a 21 percent chance of advancing to Arlington, which is barely lower than Virginia (23 percent) and Michigan State (24 percent). In contrast, just 9 percent of participants in ESPN’s Tournament Challenge picked Villanova from the East, as compared to 46 percent for Michigan State and 23 percent for Virginia.

It’s sometimes smart to pick a team with slightly longer odds, provided that few participants in your office pool are doing so. The logic is as follows: If you pick Michigan State, and the team reaches the Final Four, that will be helpful — but chances are that about half your co-workers will have picked Sparty as well. You’ll probably need to choose at least one or two more Final Four teams correctly, or have a killer first and second round, to have much chance of finishing at the top of your pool.

But you might be one of the few people in your office to choose Villanova (unless all your co-workers are reading this post). If the Wildcats make a run, you’ll be in an advantageous position, covering for blemishes elsewhere in your bracket.

Would this strategy also work in Las Vegas? Unfortunately, no. Betting lines variously list Villanova with 3-to-1 or 4-to-1 odds against reaching the Final Four, or in the range of 20 to 25 percent — right where FiveThirtyEight has it.