Donald Trump is a master at playing off the public’s distrust for the news media, portraying every negative story as a needless distraction from his quest to “Make America Great Again.” You’d think this strategy would become tiresome, but there’s a market for it, especially among Republicans, who are more distrustful of the mainstream media than Democrats.

But one exception to this distrust is Fox News, which hosted the first GOP debate in Cleveland last night. According to a March Quinnipiac poll, 80 percent of Republicans say they trust Fox News either “a great deal” or “somewhat,” as compared to 16 percent who say they trust the network “not so much” or “not at all.” Those numbers are almost identical to the high marks Democrats give MSNBC and the other news networks. 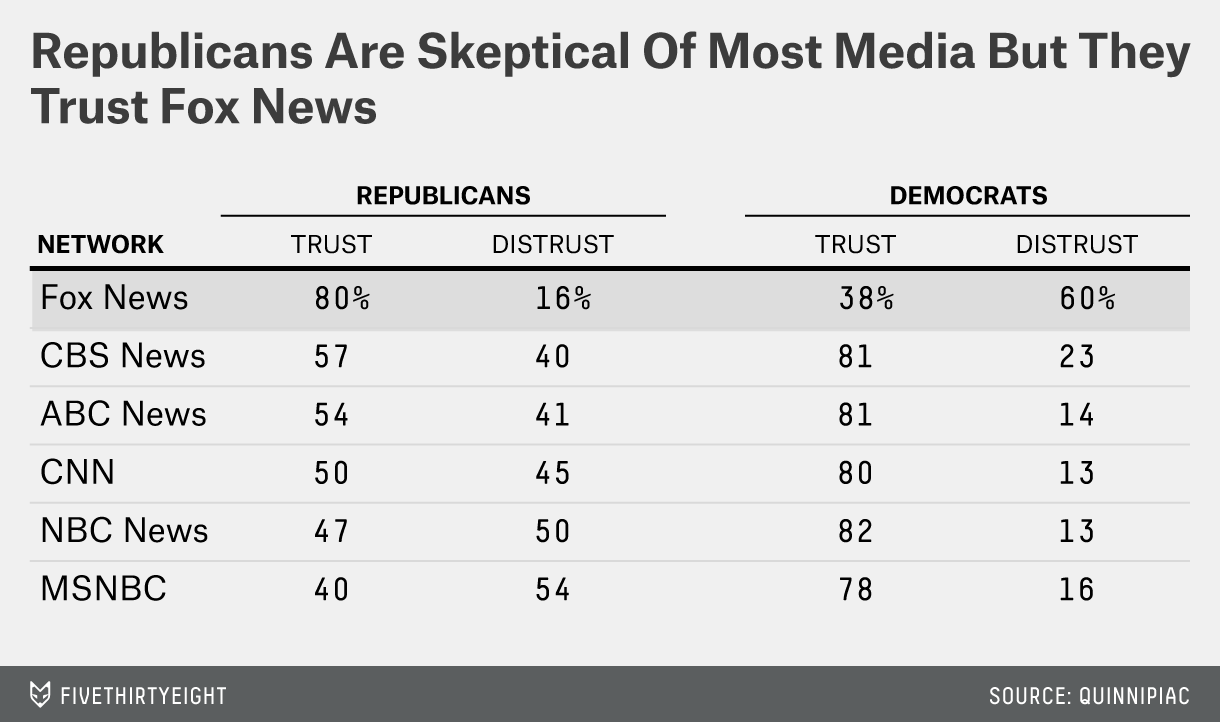 So a Republican complaining about unfair coverage from Fox is like a Democrat complaining she’s been thrown under the bus by MSNBC (or at least anyone at MSNBC other than Joe Scarborough). Regardless of the merits of the case, the plea is likely to fall on deaf ears.

But that didn’t stop Trump from attacking Fox after last night’s debate. Trump told reporters that Fox anchor and debate moderator Megyn Kelly had “behaved very badly” and that the questions he received were “inappropriate.” One of Trump’s lawyers, Michael Cohen, went a step further, alleging the debate and the post-debate coverage had been a “setup” by Fox News.

A total setup by @FrankLuntz and #FOXNEWSDEBATE to try to lower #Trump2016 high poll numbers. American people will not fall for your tricks.

I personally thought Kelly and her co-moderators did an excellent job with the debate. They were tough on Trump, but they were tough on many of the candidates, and candidates like Trump who are polling as frontrunners often receive somewhat more scrutiny.

The party has a lot of other tricks to deploy before it comes to that, however, including working to influence the tenor of the media coverage of the campaign. Does that mean Fox News is part of the Republican Party’s coordination process? That’s a complex subject. It’s not quite that Fox News is taking orders from the GOP, so much as that they’re an unofficial part of the GOP as a political scientist might (broadly) define the party. Furthermore, large media organizations like Fox News are complex places. There are reports of disagreements between Fox News president Roger Ailes and parent company News Corp.’s executive chairman, Rupert Murdoch, about how the network should cover Trump, for instance. There are undoubtedly disagreements among various reporters, anchors and producers within Fox News, which variously produces excellent nonpartisan journalism, explicitly partisan opinion shows and a lot of things in between.

As a Republican candidate for president, though, you’d much rather have Fox News on your side than not. The 16 percent of Republicans who distrust the network might be really, really into you, but they aren’t going to be the basis for a winning campaign.