I’ll leave it to the sports desk to discuss the actual performance of Jeter, but one effect the announcement had was a meteoric rise in the price of tickets to both his last game at Yankee Stadium, this Thursday, and his last, last game, in Boston this Sunday.

And while they’re not mathematically eliminated from playoff contention, the Yankees are what we in the statistics community call “pretty boned, all things considered.” So, it’s reasonable to expect that Sunday will be Jeter’s final game in the majors.

We’ve seen a steady increase in recent weeks in the price of tickets sold on the secondary market StubHub. Here’s the day-by-day average sale-price data it sent us, starting Dec. 1 and going through the spike in February and up to Friday: 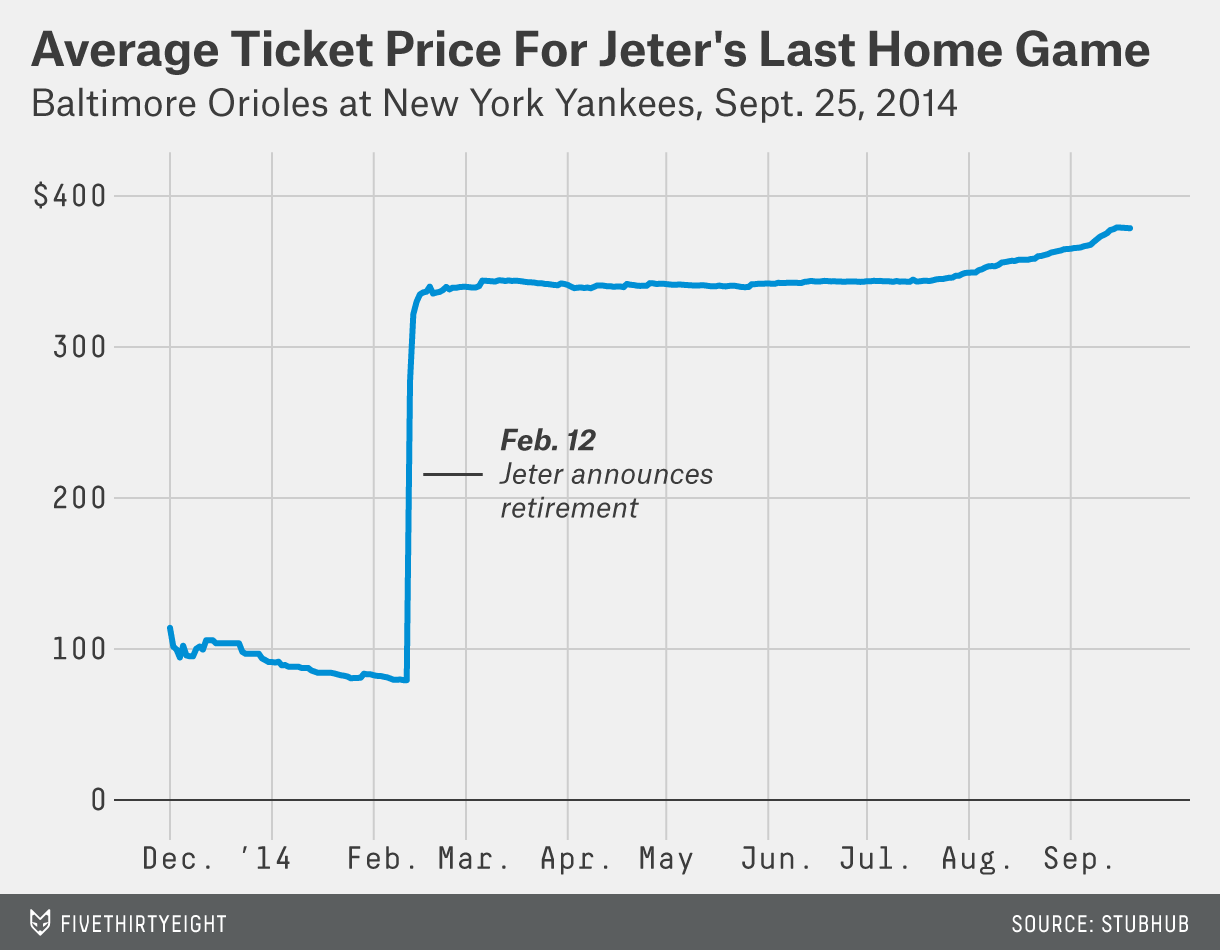 Here’s the game in Boston: 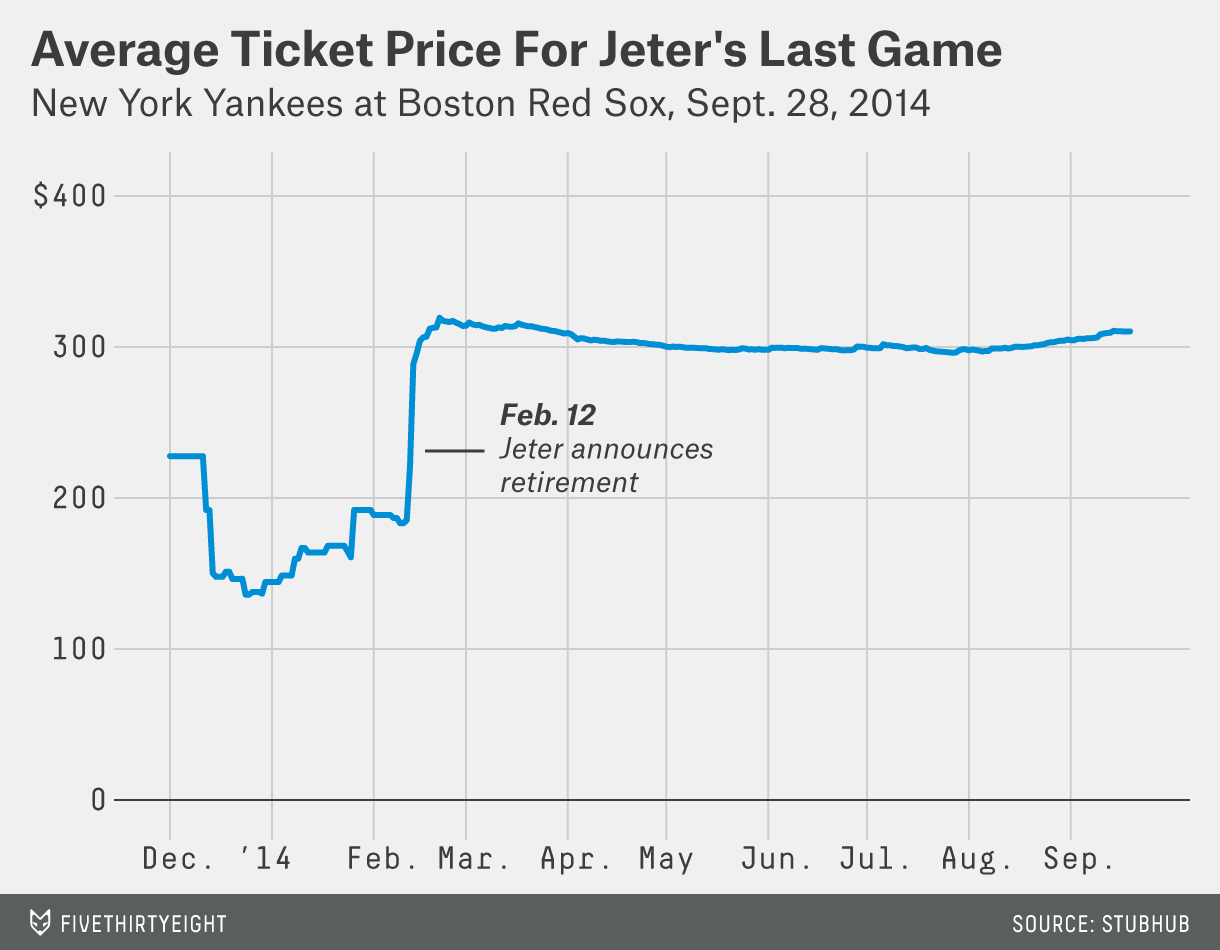