The legend of the world’s best Scrabble player continues to grow. On Tuesday, Nigel Richards — who can already claim eight English-language U.S. and world championship trophies, the most famous beard on the competitive circuit, and a per-game average of about 450 points — captured the French-language championship in Belgium.

And he doesn’t even speak French. Quelle surprise!

Despite the media frenzy about the victory yesterday, his win is less surprising than it sounds. Many great English-language players — including many from Thailand, like Panupol Sujjayakorn and Pakorn Nemitrmansuk — aren’t fluent in English. For them, words are more strings of letters that score points than meaningful units of language. More amazing than Richards not speaking French is just how little time he spent with the French dictionary — he reportedly took only nine weeks before the tournament to memorize nearly 400,000 words. (Memorizing all those words in that time would mean a new word every 14 seconds. And no sleeping.) I mean, c’mon, the guy clearly needs a real challenge. Richards needs to pick on a dictionary his own size.

To get a sense of which language might provide Richards with a challenge worthy of his epic Scrabble brain, I gathered data from two word-game sources: the Internet Scrabble Club (ISC), a popular site for online competitive play, and Words With Friends (WWF), a popular Scrabble-like app. Each uses slightly different word lists (dictionaries are complicated things, after all) for slightly different sets of languages — eight in all. You can see the word counts for the various lexica in the table to the left.

Despite frequent claims that it has the largest vocabulary of any language, English is actually pretty easy to learn, or at least English Scrabble is. Most of the English word-game dictionaries have less than 200,000 words. French is certainly “tougher” — its Scrabble dictionary has double that, with about 386,000. Tougher still, though, are Spanish, Romanian and Italian. The latter two have lists cracking half a million words.

(Other adjustments from his English game would be necessary, too. International versions have somewhat different letter distributions and point-values. In Italian Scrabble there are two Zs instead of one! In Romanian Scrabble there is no K, Q, W or Y.)

Nigel, there is a Romanian Scrabble association and Romanian-language tournaments, for what it’s worth. I’m not aware of any Italian-language championships, but it couldn’t hurt to memorize that dictionary, too. You know, just in case.

Should Richards embark on this quest, I wish him good luck, buena suerte, buona fortuna, and noroc. But who am I kidding? Richards is a legend in his own time; he needs no luck. As the famously reclusive Richards said, in a rare interview from 2011, “I’m not sure there is a secret. It’s just a matter of learning the words.” 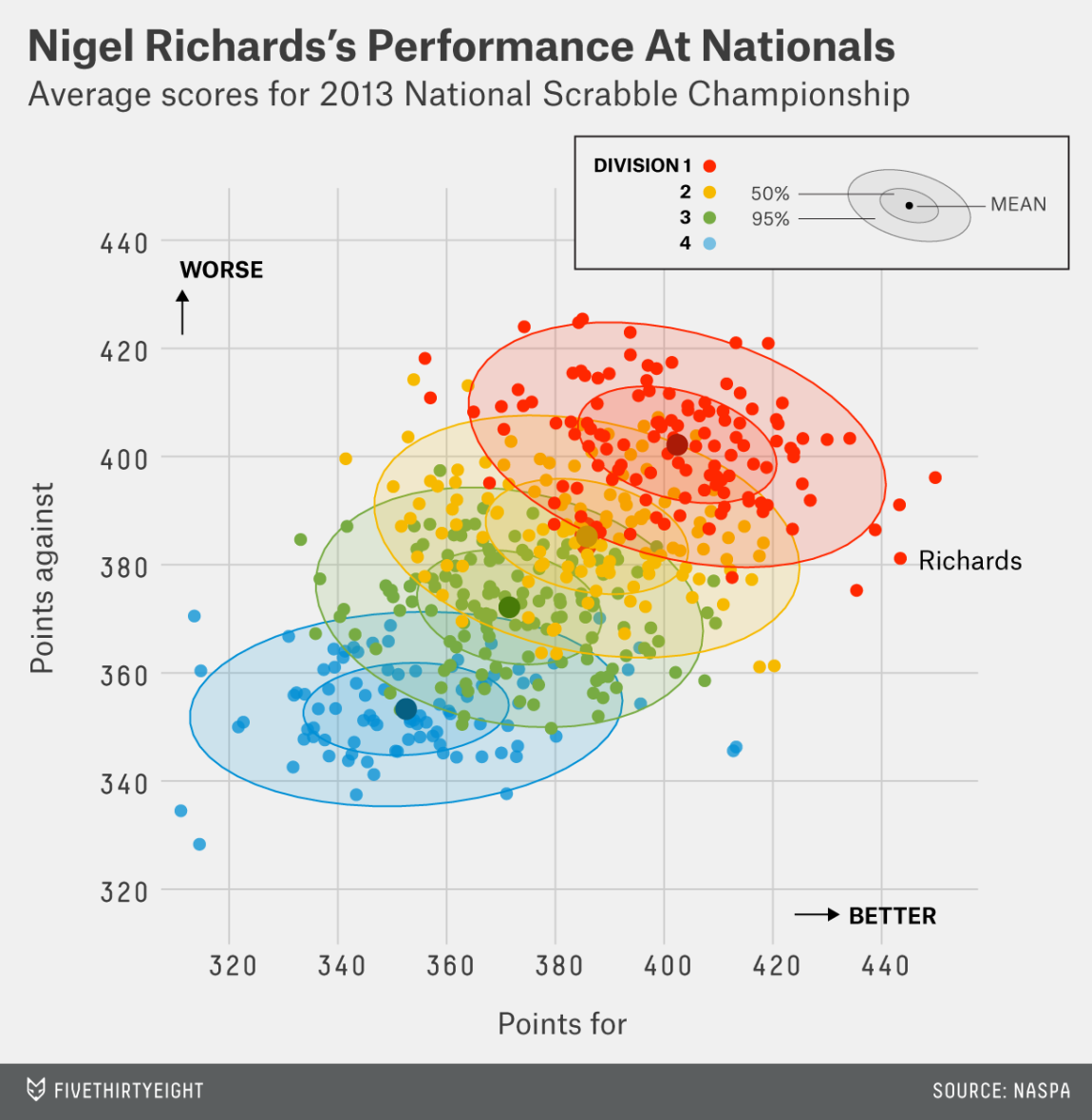 Update, 2:10 p.m., July 23: As pointed out by a helpful reader in Milan, there is indeed an Italian Scrabble association — the Federazione Italiana Gioco Scrabble — and a championship: the Campionato Italiano. This year’s edition of that tournament was held last month. So Nigel, it looks like you’ll have some time to study up for next year.