You’re right that you’re not alone. For me, watching sports is like watching live-action role play, only with less imaginative costumes — I know there’s talent and culture involved, but it all seems bewilderingly irrelevant nonetheless. But there are a few differences between us, Fred: I work for ESPN (must remember to go back and delete that previous sentence); you presumably don’t. I’m a woman; you presumably are not.

So, I’m going to take your question and add one of my own — what percentage of men don’t watch sports and is that percentage different for women?

The answer to your question is that about 1 in every 14 adult men in the United States don’t watch nationally televised sports. Those are numbers from Stephanie DiVito, who conducts audience research for ESPN’s research and analytics group. Using data from Nielsen, DiVito found that 8 percent of men who own a TV didn’t watch any sports on national broadcast or cable networks in the third quarter of 2014. The average over the past four quarters was 7 percent.

Those men aren’t occasional viewers. They’re men who, like you, don’t watch a minute of any sports telecast (be it a sports event, commentary or sports news) either live or from a DVR within seven days of the original broadcast.

The figure is the same for women: On average over the past four quarters, 7 percent of adult women in the U.S. said they hadn’t watched any sports on TV. I’m every bit as odd as you are Fred, although that gender parity may come as a surprise to some editors of men’s magazines and stock photos. 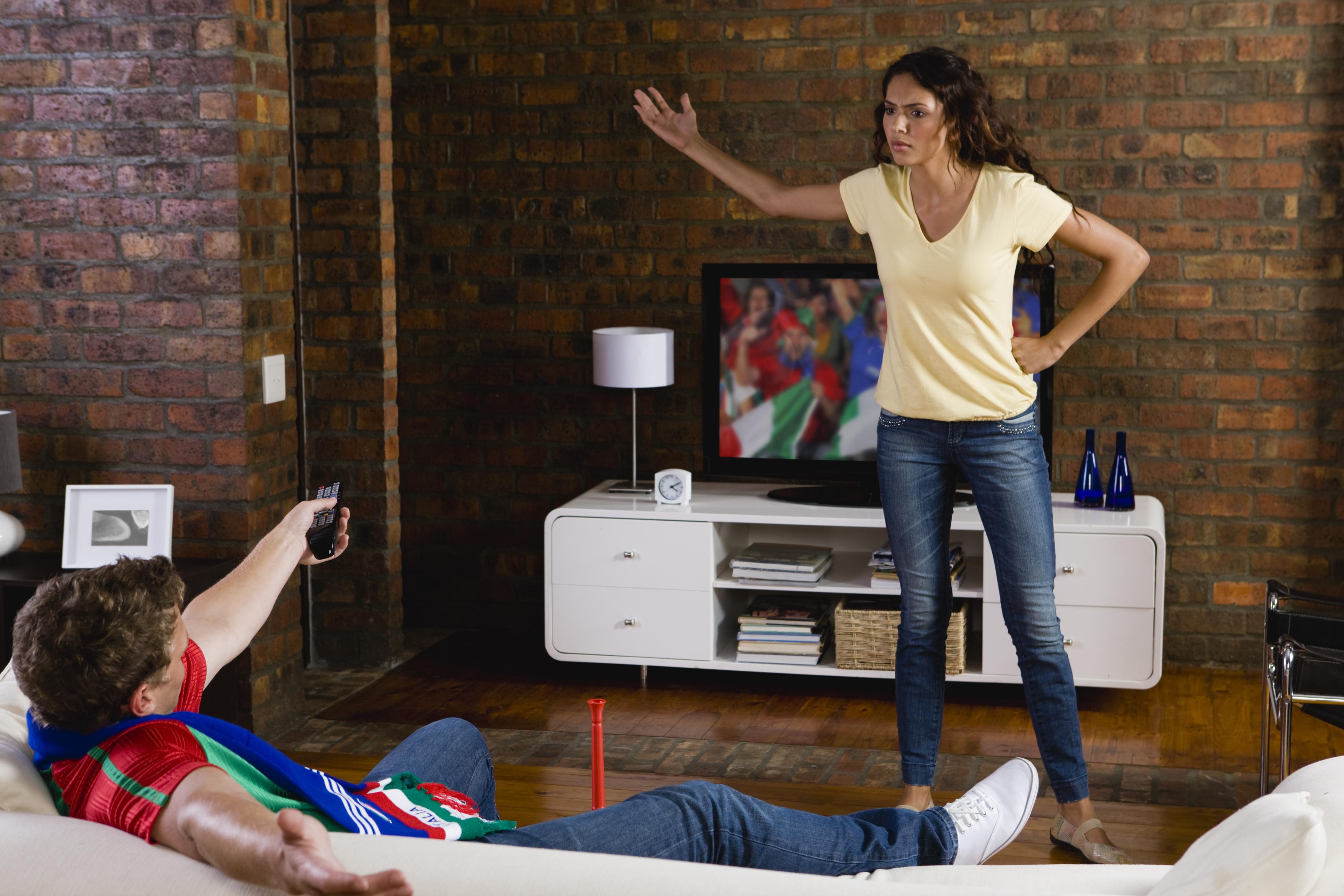 I took a closer look to see which of us is more out of place in the U.S. — the 45-year-old man who doesn’t care to watch sports or the 27-year-old woman feels the same? 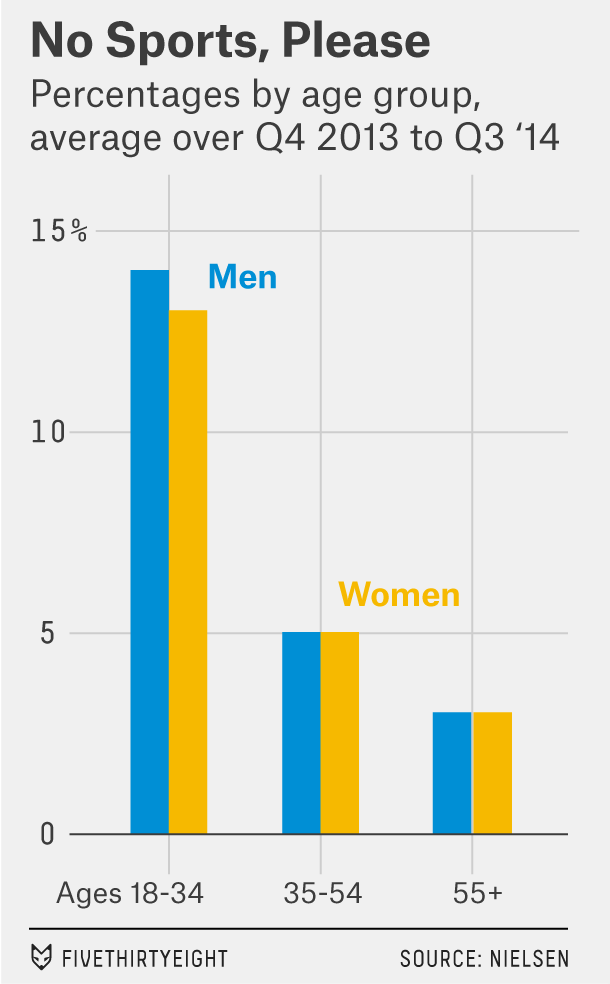 Even with an age breakdown, men and women are almost equally likely to not watch sports. Overall, younger U.S. TV owners are less likely to tune into sports than older viewers.

As always, though, the reality is not as simple as the chart would suggest. Ideally, I’d want to take into account how likely each of these groups are to watch any TV, let alone sports. But on the face of it, it does look like you’re slightly stranger than me. On average, 13 percent of U.S. women my age didn’t watch any sports over the past four quarters, compared to just 5 percent of men in your age group.

All of us sport-abstainers should get together and hang out — I’ve got a horrible feeling that once this article is published, my colleagues won’t want to spend as much time with me.