Many Americans are in dire economic straits: they lost their jobs, their homes have been foreclosed, their health care bills are skyrocketing, and creditors are hassling them. But even many of those Americans for whom none of the above apply are tightening their belts, as I discussed in a post earlier this week based on a recent Harris poll on how Americans are managing their assets. 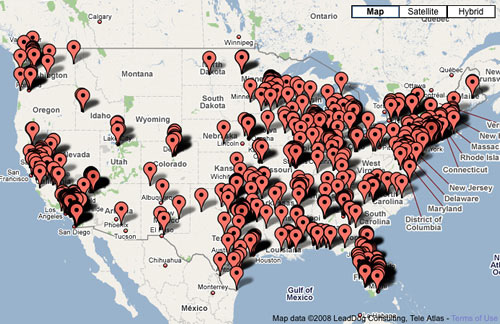 Now comes Harris with the release of other results from this survey, pertaining to consumption patterns. Not surprisingly, people are cutting back on, if not foregoing altogether, many non-essential items. What sorts of non-essentials?

In their write-up, Harris reports that Americans say they cut back or altered their consumer behaviors during the past six months in the following ways:

*Three in five adults (62%) say they are purchasing more generic brands while another 14% are considering it. Just under half (47%) of Americans are brownbagging lunch instead of purchasing it with 8% considering it;

*Slightly over one-third (36%) are going to the hairdresser or barber less often, while one-third (33%) are switching to refillable water bottles instead of purchasing bottles of water;

*One in five Americans have cut down on dry cleaning (20%) and stopped purchasing coffee in the morning (19%) while 14% have begun carpooling or taking mass transit.

These findings conform with news that, beginning last year and depicted geographically above, Starbucks has been forced to close hundreds of stores; generic brand sales have jumped dramatically; and drycleaning sales have dropped off, as depicted in terms of regional sales declines, below. (Courtesy of AmericanDrycleaner.com.)

Obviously, these changes in consumer behavior ramify across the economy, costing jobs in these sectors, worsening the recession and exacerbating the financial woes of, say, Americans who worked as baristas or wholesalers of drycleaning plastic wrap. But the downturn seems to be providing a different and arguably long overdue jolt for Americans, as they begin to reassess how and on what they spend their disposable income now that they have less of it to dispose.