Even before President Obama’s announcement Wednesday that the U.S. and Cuba were re-establishing diplomatic relations, the countries’ baseball relations were warming.

Twenty-five players who were born in Cuba played for a Major League Baseball team in 2014, and together they accumulated 27.5 wins above replacement, according to Baseball Reference’s Play Index. Those are the highest totals for Cuban players in MLB since 1970 — back when players such as Tony Oliva, Tony Perez and Bert Campaneris, who’d signed with major-league teams before the U.S. trade embargo kicked in, were still stars.

Raw numbers overstate the growing Cuban power in the majors. MLB has expanded from 24 teams in 1970 to 30 today. There are more players of all nationalities, and more wins above replacement to go around. (Roughly 1,000 per season these days.) But even as a percentage of MLB totals, Cuban batters and total Cuban WAR reached levels this past season not seen in at least 40 years. 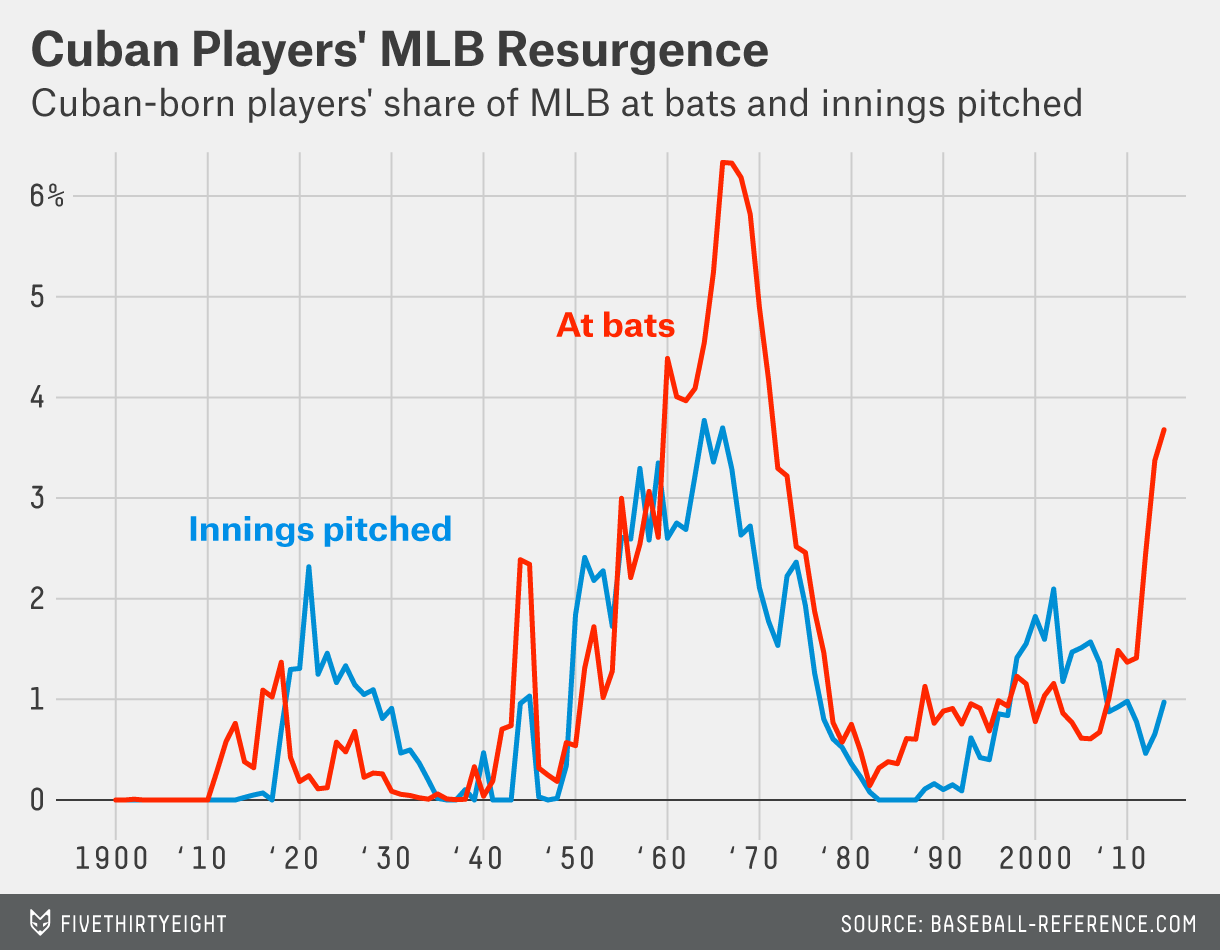 That level still isn’t all that high. Cuban players accounted for less than 3 percent of all wins above replacement last season. But even if Congress doesn’t lift the embargo, Cuban players already in the majors are likely to keep getting better and increase their share of MLB wins. Jose Abreu, Yasiel Puig, Leonys Martin and Jose Fernandez all are in their 20s. Each man has, in just the last two years, had seasons among the best ever for Cuban MLB players.

It’s possible that a player who has debuted recently or who will join the league in the warmer diplomatic climate will become MLB’s best ever Cuban player. Only two Cubans have accumulated more than 54 wins above replacement in MLB history: Rafael Palmeiro and Luis Tiant. Neither was elected to the Hall of Fame.