This is Ctrl + ←, our weekly data journalism roundup. You’ll find the most-read FiveThirtyEight articles of the past week, as well as gems we spotted elsewhere on the Internet (not surprisingly, several this week are World Cup-related).

Stuck on you(rself): After Italy’s 2-1 win against England, Italian soccer player Mario Balotelli filled a Panini World Cup sticker book with stickers of himself and posted a photo of the result on Facebook. To figure out how much Balotelli’s brag cost, Ampp3d got in touch with James Offer, who has a sticker calculator on his site Codehesive. Offer looked at the probability of getting 19 Balotelli stickers and concluded you would need to buy 3,083 packs of stickers, which would cost 1,541.50 pounds (about $2,623). Because Balotelli’s salary is about $7 million per year, we figure he can afford to make the joke.

The American Center of Mass: Imagine that everyone in the U.S. weighed the same and that the land were a flat, rigid and weightless piece of paper. Where would you need to stick a pin to get it to balance? The U.S. Census Bureau has figured that out, as well as looked at how the center of mass (often called the center of population) has changed over the past 220 years. In its interactive map, you can see how the center has edged westward from Kent County, Maryland, in 1790 to Texas County, Missouri, in 2010. 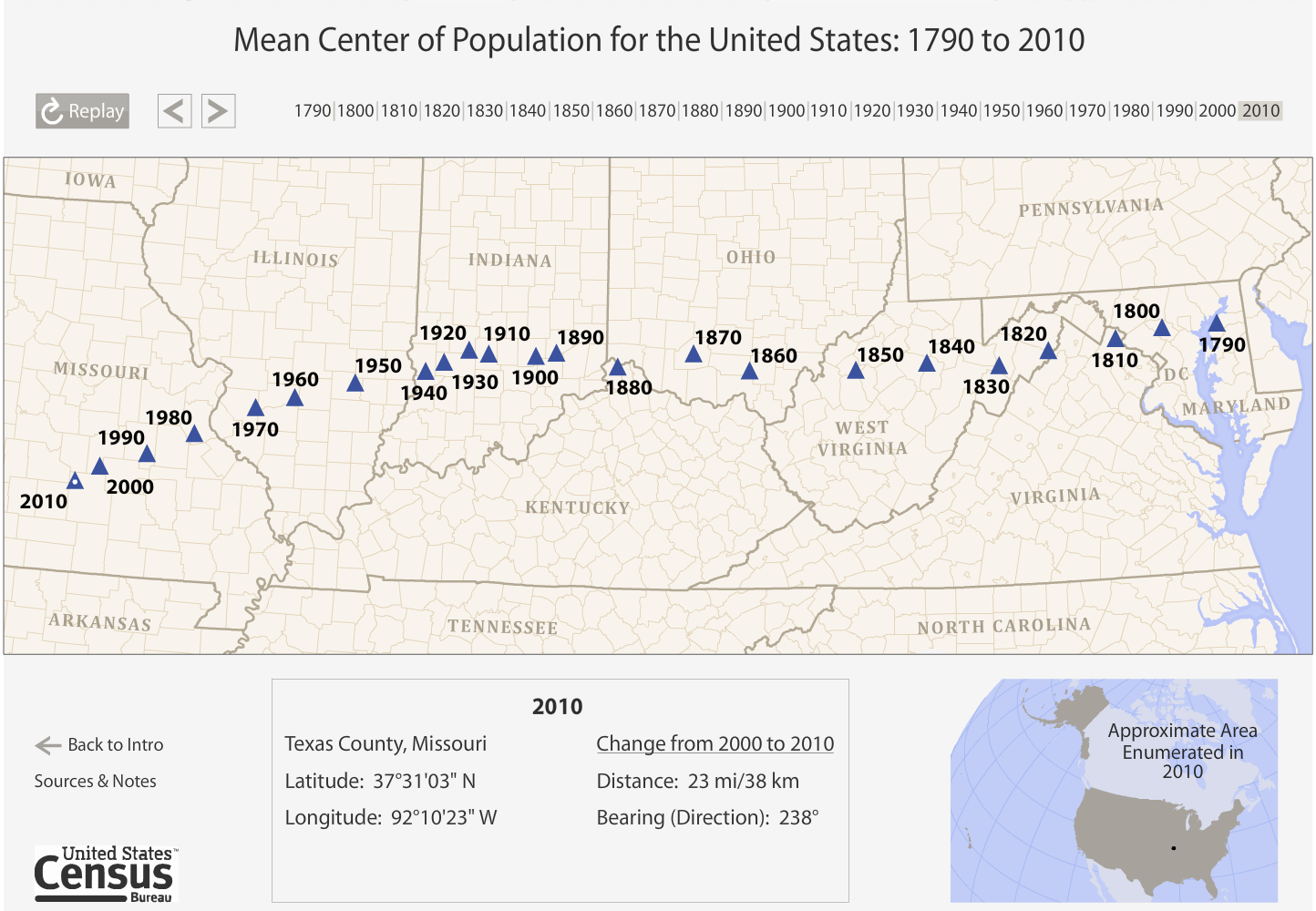 Before you “proceed to checkout”: If you’ve ever bought anything on Amazon (chances are high; the site had 237 million registered users last year), you might have taken a look at the product reviews before clicking “add to cart.” Julian McAuley and Jure Leskovec, both researchers at Stanford, collected Amazon reviews posted from 1995 to 2013 — all 1.2 million of them. Then, Max Woolf, a software engineer and blogger, analyzed that information to find the length of the reviews (most were between 100 and 150 words), the ratings (most get four or five stars) and the word choice (about 33 percent start, unsurprisingly, with the word “I”).

Jennifer Daniel at The New York Times took a look at the voices that fill our ears after a World Cup goal. The only data here is whether, say, commentator Chris Kamara takes more seconds than Andrés Cantor to call a goal, but finding out exactly how the announcers do it is half the fun.

Hospice checker: The team at the Huffington Post took 10 years of Medicare inspection reports, found that “the average U.S. hospice has not undergone a full ‘certification’ inspection in more than 4.5 years,” and then mapped which hospices are the most overdue for an inspection and which have the most violations. Users can filter the data to view hospices that are government-run, nonprofit or for-profit. 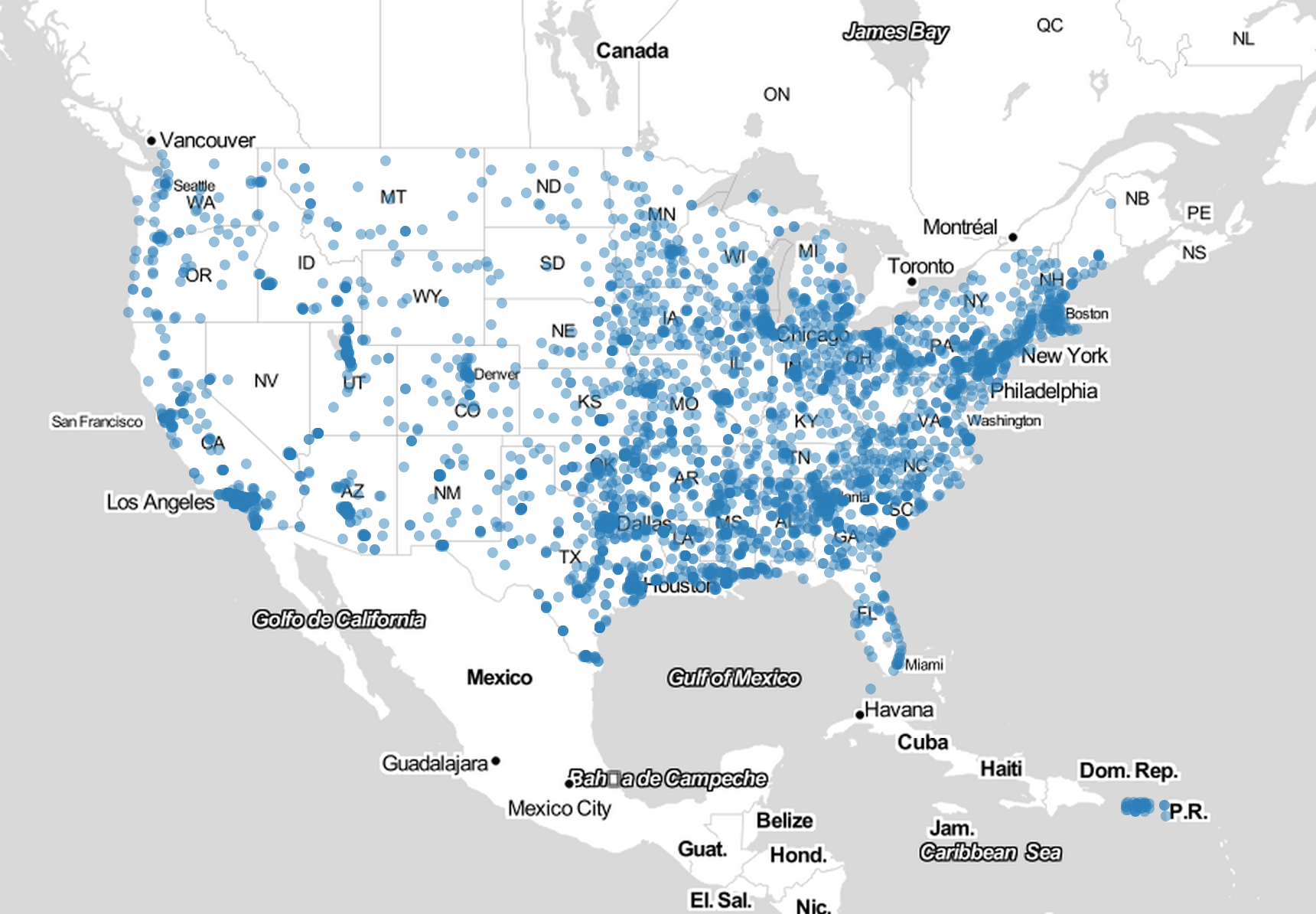 Coveting covers: When Noah Veltman is in the waiting room at the doctor’s office, he doesn’t just pick up a copy of Vogue — he picks up a calculator, too. He totaled the quantities and prices of products featured on editorial pages in 10 major U.S. magazines, and calculated how much it would cost if you bought all of those items. In the case of Vogue, that would mean parting ways with $343,368. Readers of O, the Oprah Magazine, would spend $34,676 if they purchased the products backed by the editorial team. Ouch. 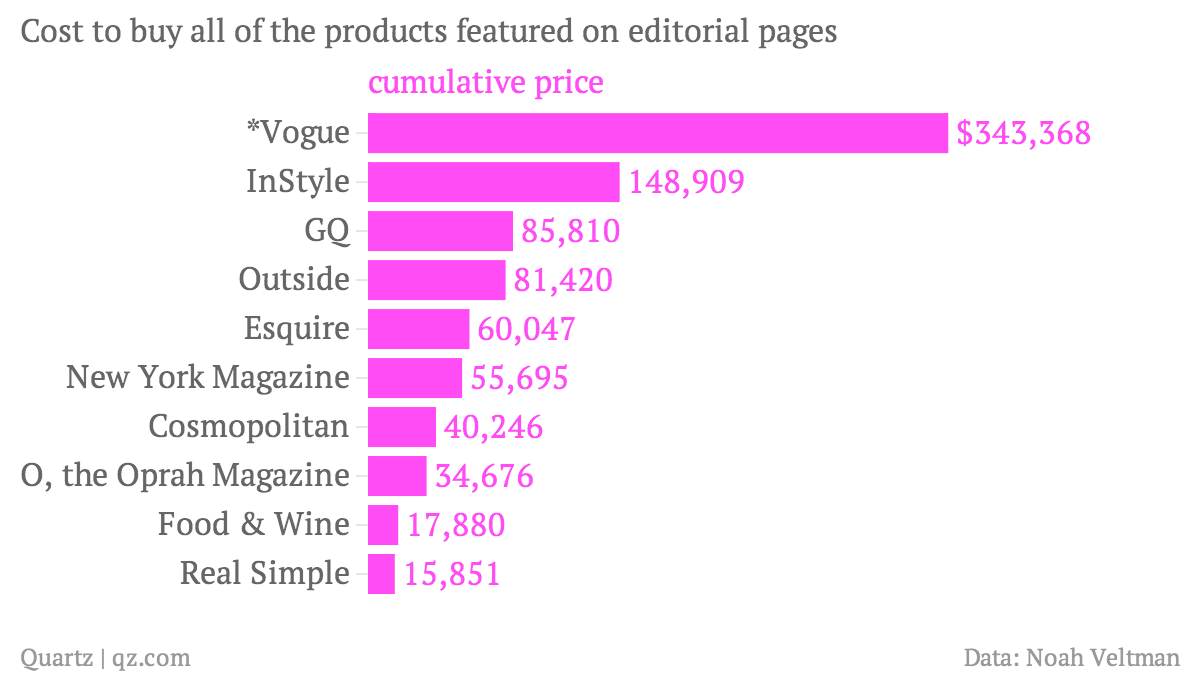 Diversity is good for soccer: Take team performance (measured as goals scored minus goals conceded), plot it against team diversity (measured as linguistic diversity), and control for financial prowess (using players’ market value). The results, according to two political scientists, are “clear and straightforward.” International talent on a team means better soccer.

Restraining and secluding children: By looking at school discipline cases cataloged by the U.S. Department of Education’s Civil Rights Data Collection, NPR and ProPublica were able to compile data for the 2011-12 school year. Their findings paint a stark picture of discipline practices:

The four soccer teams whose players probably aren’t having sex: Coaches have different opinions about whether their World Cup players should be getting hot and steamy off the pitch before they get hot and stressed on it. While we were busy figuring out what science has to say about sex before sports, Quartz looked at which teams have made their policies known. So far though, sex has done nothing for the Australian and Spanish teams.