Minority kids, majority students: The Pew Research Center thought it would be interesting — to get a sense for America’s demographic future — to look at the racial makeup of current kindergarten students. Pew shows that the United States’ biggest minority group, Hispanics, are likely to grow in demographic importance from their current 17 percent share of the national population. 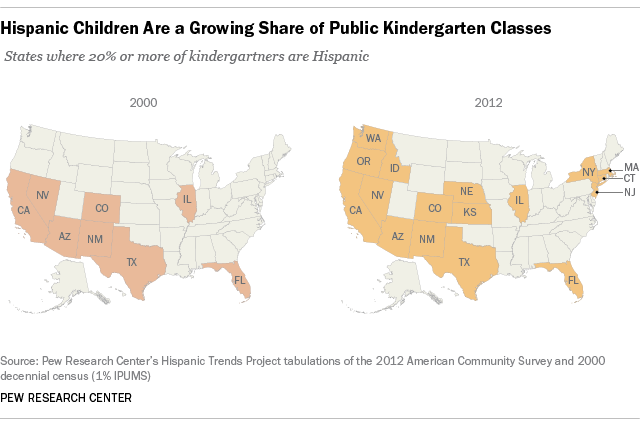 This year, 50 percent of students are expected to be minorities — compared to just 37 percent in 1997. That’s a fast change and one that is no doubt contributing to the Census Bureau’s estimate that by 2060, minorities will make up 57 percent of the population as a whole.

Stress(ful?) statistics: NPR, the Robert Wood Johnson Foundation and the Harvard School of Public Health conducted a nationwide poll examining stress in the United States. Their first set of published results reveal how wealth, gender, illness and age can affect the likelihood of experiencing stress. 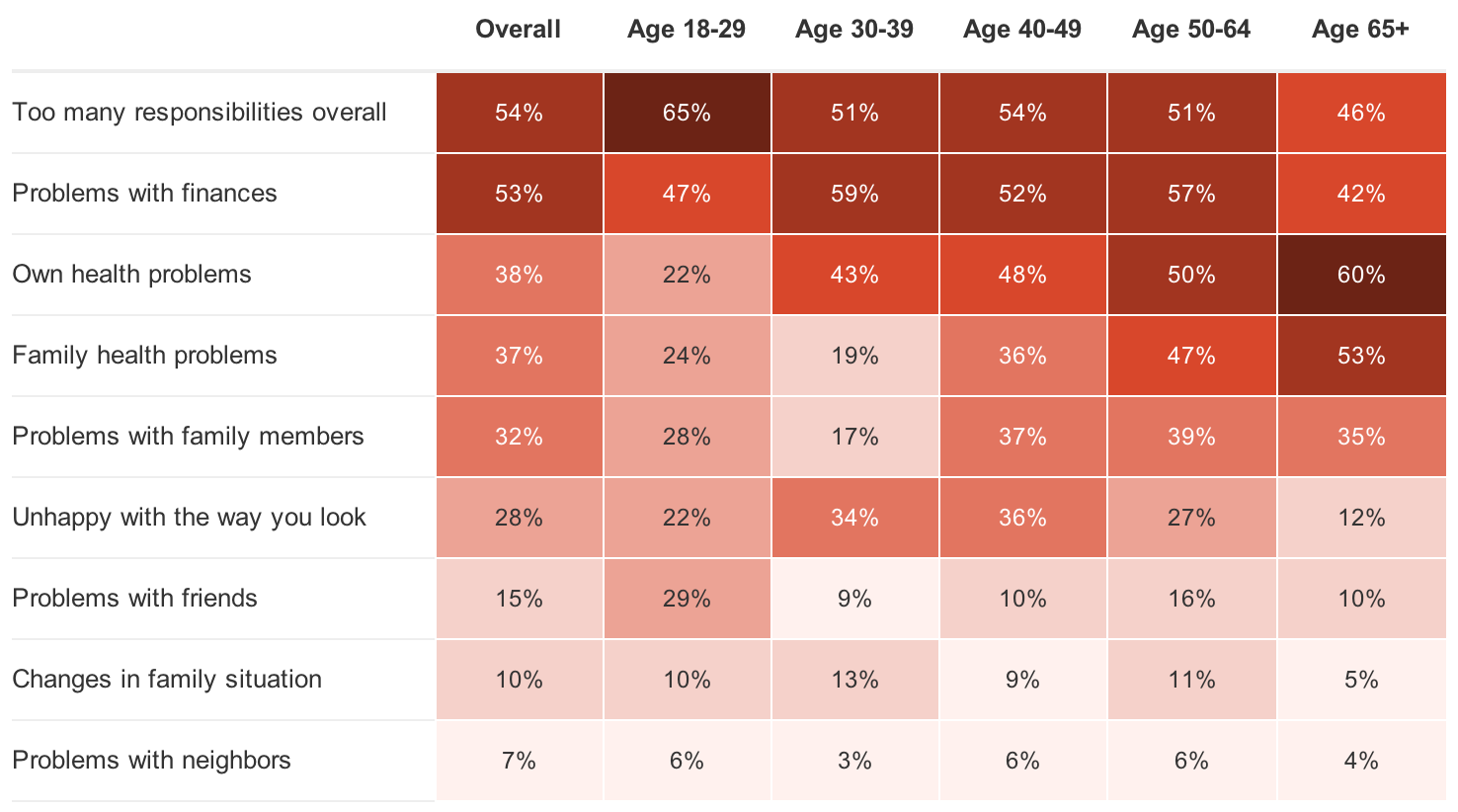 A rough ride: Christopher Ingraham at The Washington Post wanted to find out whether describing Amtrak as “the shame of the developed world” was fair. So he mapped 33 major routes and color-coded them according to how often they were on time. It turns out that three in four Amtrak trains are on time, but that there’s considerable variation across the country. 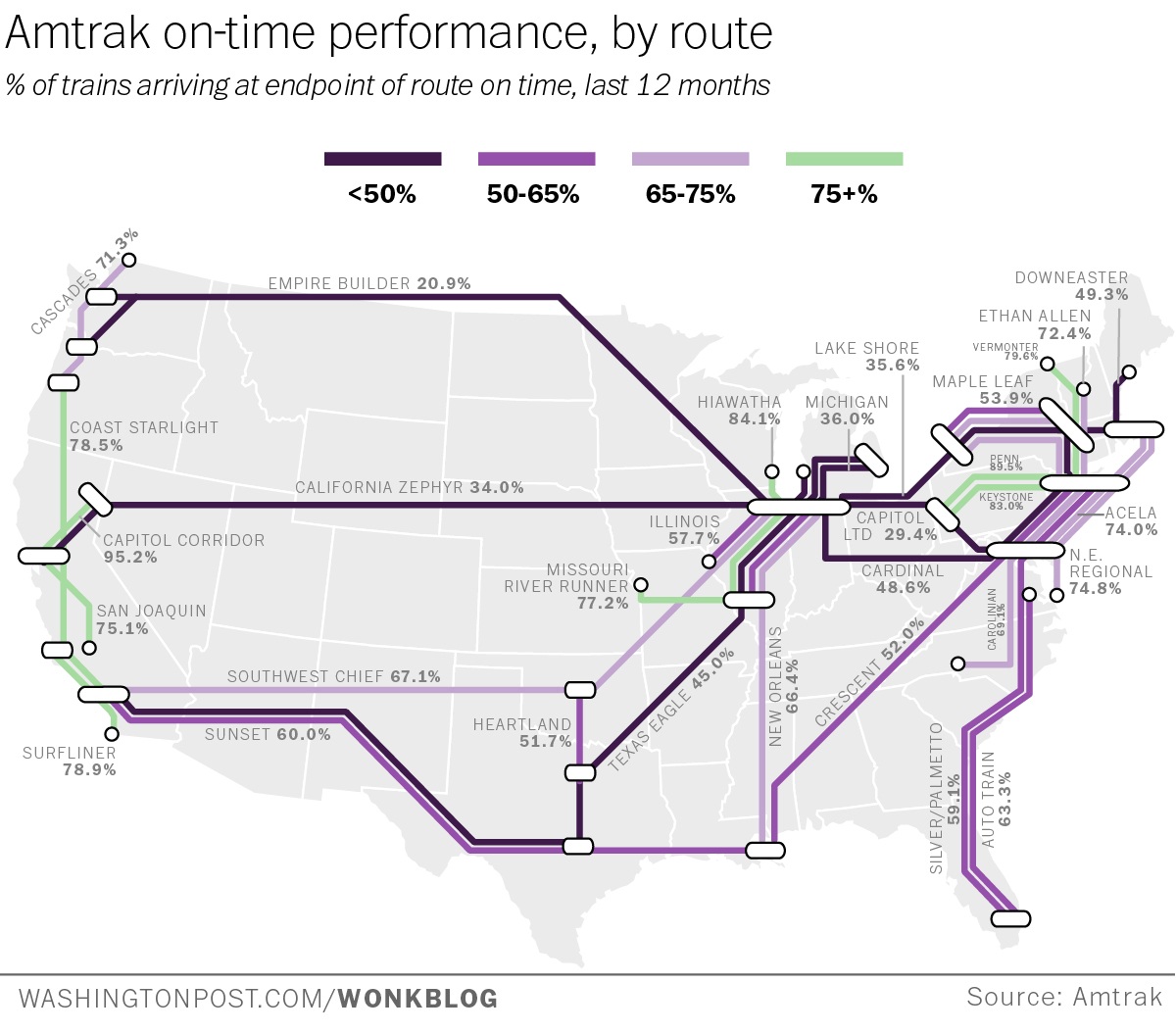 Gray matter: We were pretty fascinated by this Gallup poll revealing that older Americans are the most likely to feel positive about their looks. When asked whether they agreed with the statement “you always feel good about your physical appearance” on a five-point scale, those age 65 and older were the most likely to tick 4 or 5. The youngest respondents, 18 to 24 years old, were almost as confident, but middle age appears to be a low-point for feeling hot. The poll also found that right up until age 85 and older, American men are more likely to think they are physically attractive than American women. 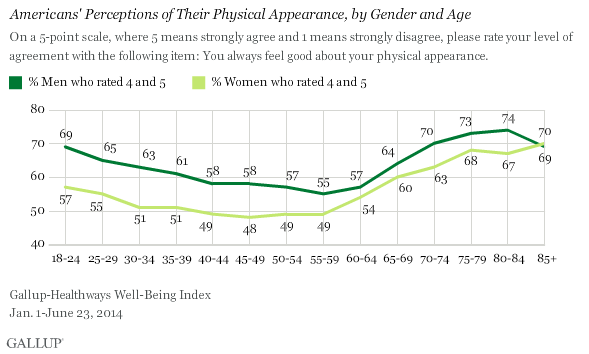