Clean data: There’s nothing that quite dampens the vacation mood like the word “laundry.” So Reed Kennedy at Medium ran the sums on the perfect number of underwear to pack. Gold numbers indicate a perfect-world scenario where you return home with no unnecessarily laundered underwear in your suitcase. 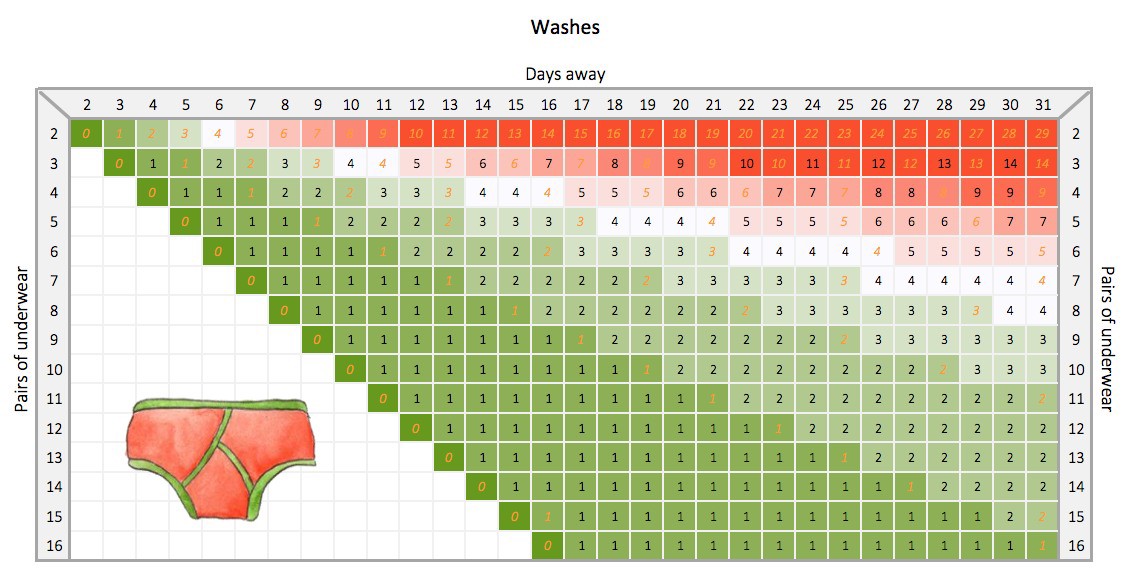 Fast food: By definition, a fad can’t last forever. When the trend is being born, reporters can fan the flames with endless articles and when that trend begins to die, reporters behave in much the same way. With the bankruptcy of Crumbs Bake Shop last week, there was a flurry of articles. L.V. Anderson, Eliza Berman and Holly Allen at Slate took an interesting approach to the Crumbs’ news. They searched a news database for every article that had the phrase “the new cupcake” and looked at which food items were the subject of the fanfare. The journalists noted that more recent references tended to be laden with irony. 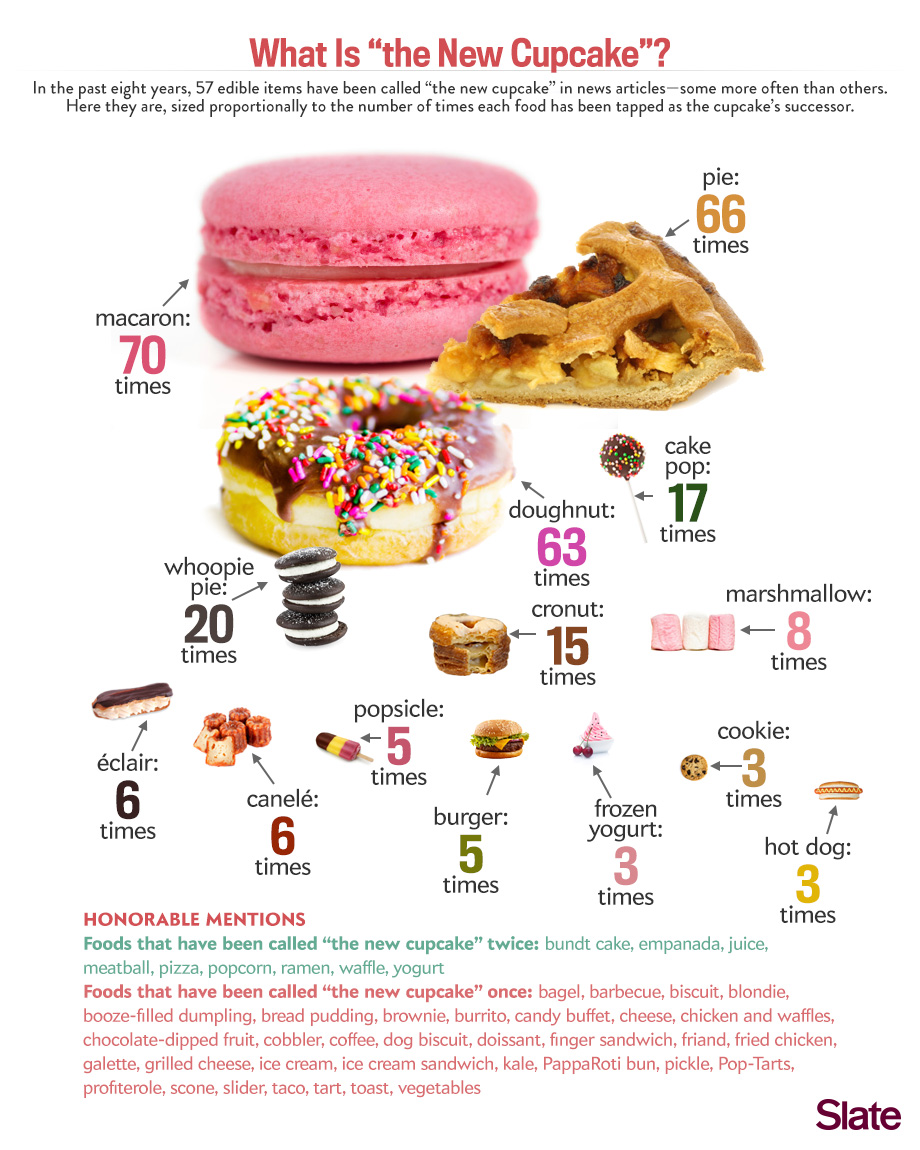 ZIP files: In Britain, where I’m from, we call ZIP codes post codes (we also refer to mail as post, so it makes plenty of sense), but ours are a series of letters and numbers that are incomprehensible to outsiders. So sadly, Britain was not included in this data visualization project by Martin Grandjean, a writer and Ph.D. researcher, who looked at numbers-only mail systems of various countries to find patterns. His maps of postal codes around the world are pretty simple: Numbers are colored from low (red) to high (blue) and reflect just how different an approach each country takes. 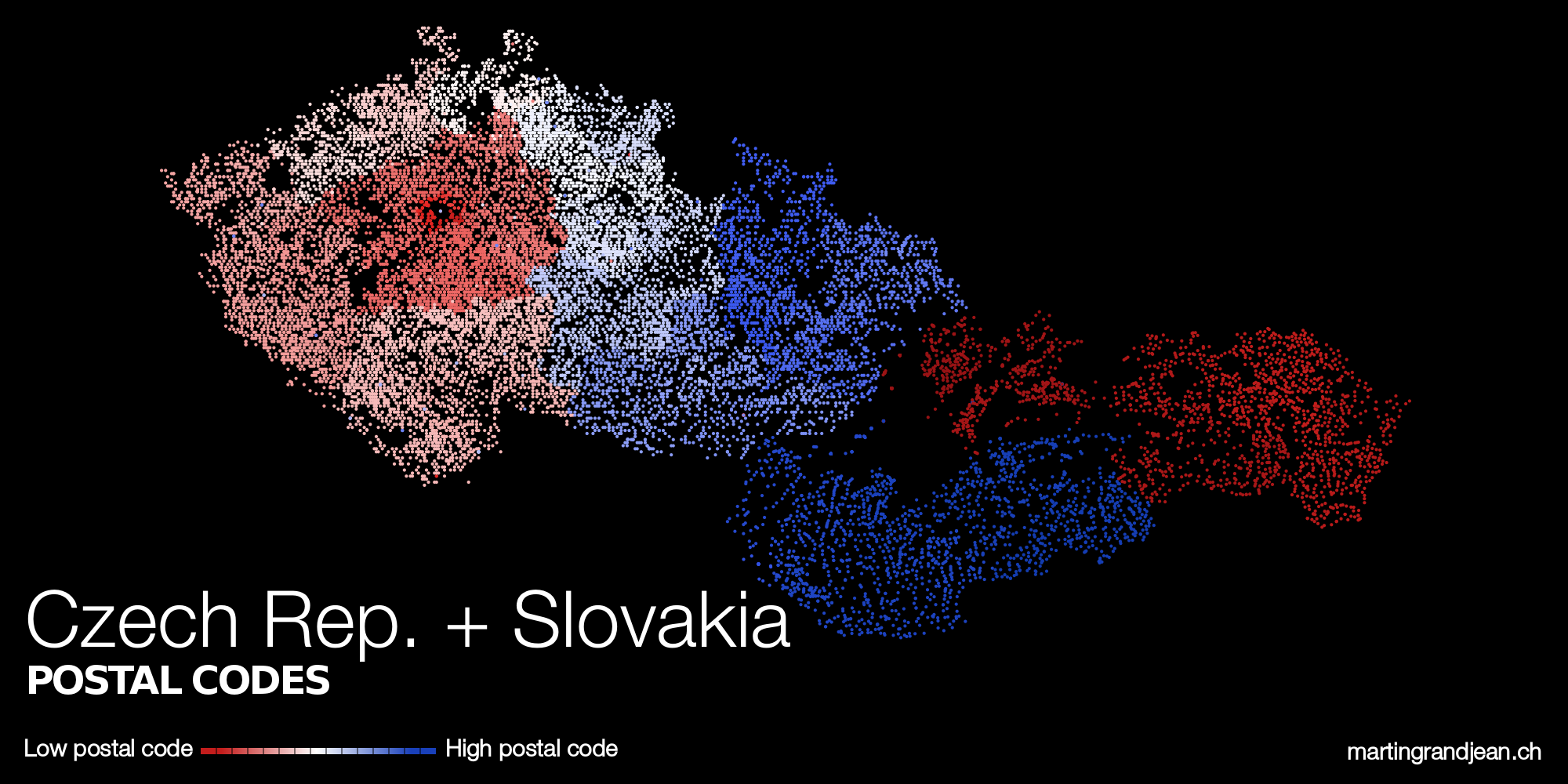 Bowled over America: The U.S. bowling industry has faced a steady decline since the late ’80s from which even the Harry S. Truman Bowling Alley isn’t immune. Christopher Ingraham at the Washington Post mapped where the country’s lanes are still standing and their relationship to the area’s population. 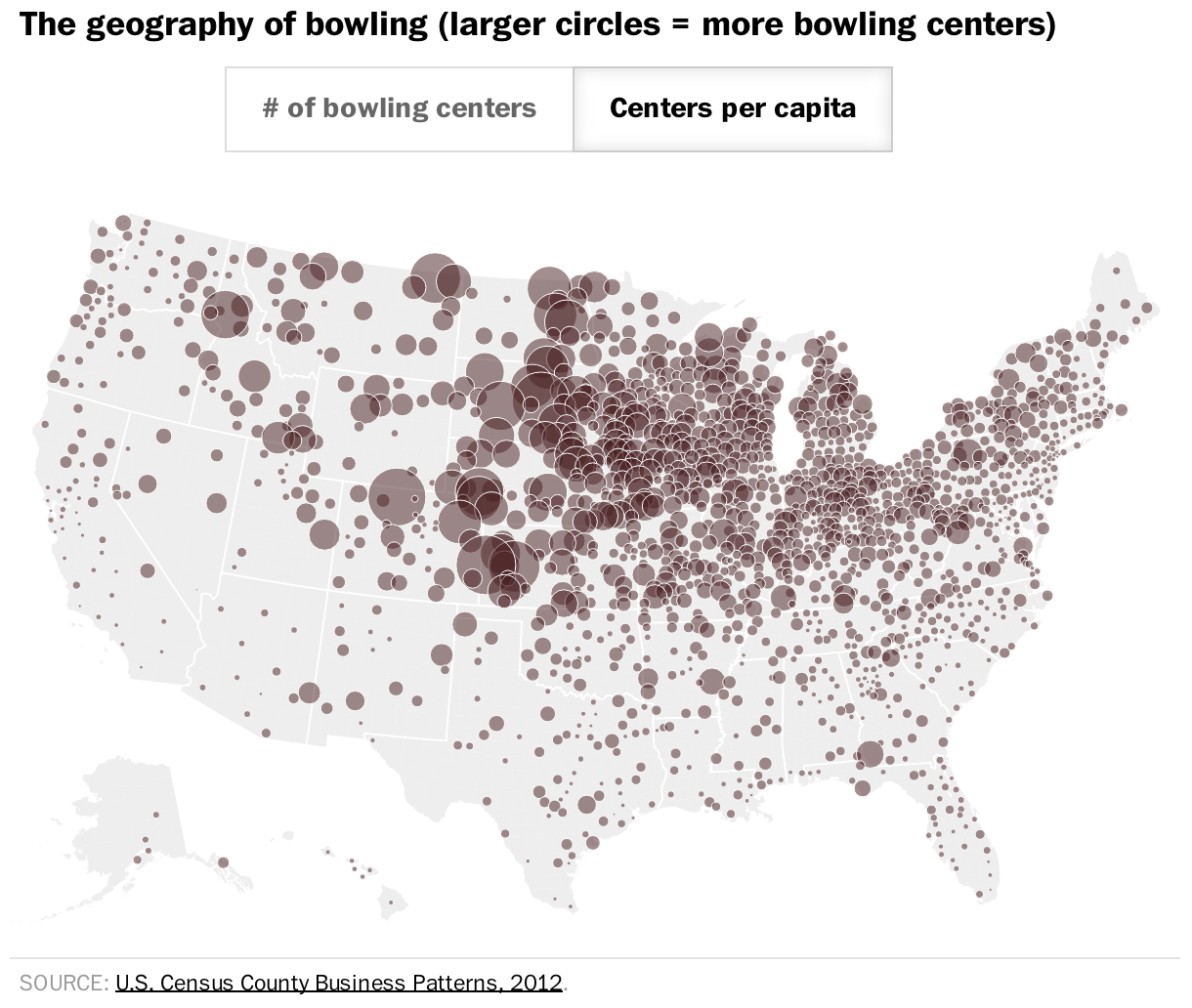 Christmas Carols: As someone burdened with a name that has a range of terrible meanings, I implore all new-parents: think things through. If, for example, you think it’s a great idea to call your imminent December baby Nicholas or Carol, please be aware that it has been done. A lot. And as Slate explains in this post, if “cute” engineered coincidences become any less “cute” when they’re massively prevalent, you should also steer clear of naming your daughter June if she was born in June (good one) or May if she was born in May (really creative guys).