County-level segregation: The aftermath of Michael Brown’s killing in Ferguson, Missouri, continued to unfold this past week, and journalists attempted to provide additional context about the shooting and subsequent protests. Nate Silver took a look at how most police don’t live in the cities they serve, while Jeremy Singer-Vine at Buzzfeed used data to look at racial segregation in the U.S. Using census-tract-level numbers from the American Community Survey, Singer-Vine saw that in St. Louis County (home to Ferguson), about 23 percent of residents are black — but 41 percent of those residents live in areas that are 80 percent black. That puts the county in the 96th percentile of black-white segregation, Singer-Vine said. 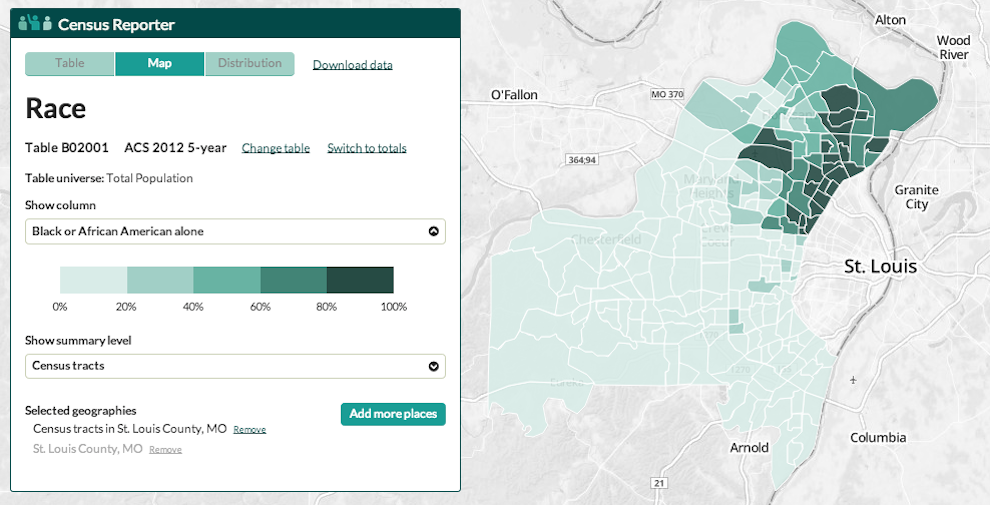 As I said last week, narrative accounts provide important context, too. This past week’s include Robert P. Jones’s article in The Atlantic on white segregation and Teju Cole’s piece in The New Yorker that revisits the question of filiation.

Big, big data, teeny-tiny sample size: Available for $30, the latest Feltron Report could make a great gift for any data enthusiast — so long as he or she doesn’t mind that the Feltron Report is written by Nicholas Feltron and is about Nicholas Feltron, or is a year’s worth of Feltron’s communications data, to be more precise. The report (the ninth of its kind) details the minutiae of Feltron’s text messages (all 44,041 of them), emails (31,769), face-to-face conversations (12,464) and phone calls (320) — who sent them, from where, at what time, and what language was used. What it lacks in rigor it makes up for in fascinating facts. Who would have thought that in a given year, someone would have 385 conversations with female cashiers, accounting for 23 percent of all conversations? Or that 54,693 exclamation marks would be used across all methods of written communication?(!)

Sleepless in Seattle? Jawbone, which produces fitness trackers, has published sleep data from 21 U.S. cities, as well as other cities worldwide. For each location, the company analyzed more than 5,000 users’ data to track the percentage of people who were sleeping (and stepping) at any given minute on any given day of the year. On average, users in Tokyo sleep the least (just five hours, 44 minutes) while those in Melbourne, Australia, sleep the most (six hours, 58 minutes). By 11 p.m. in New York, 38 percent of users are dozing. 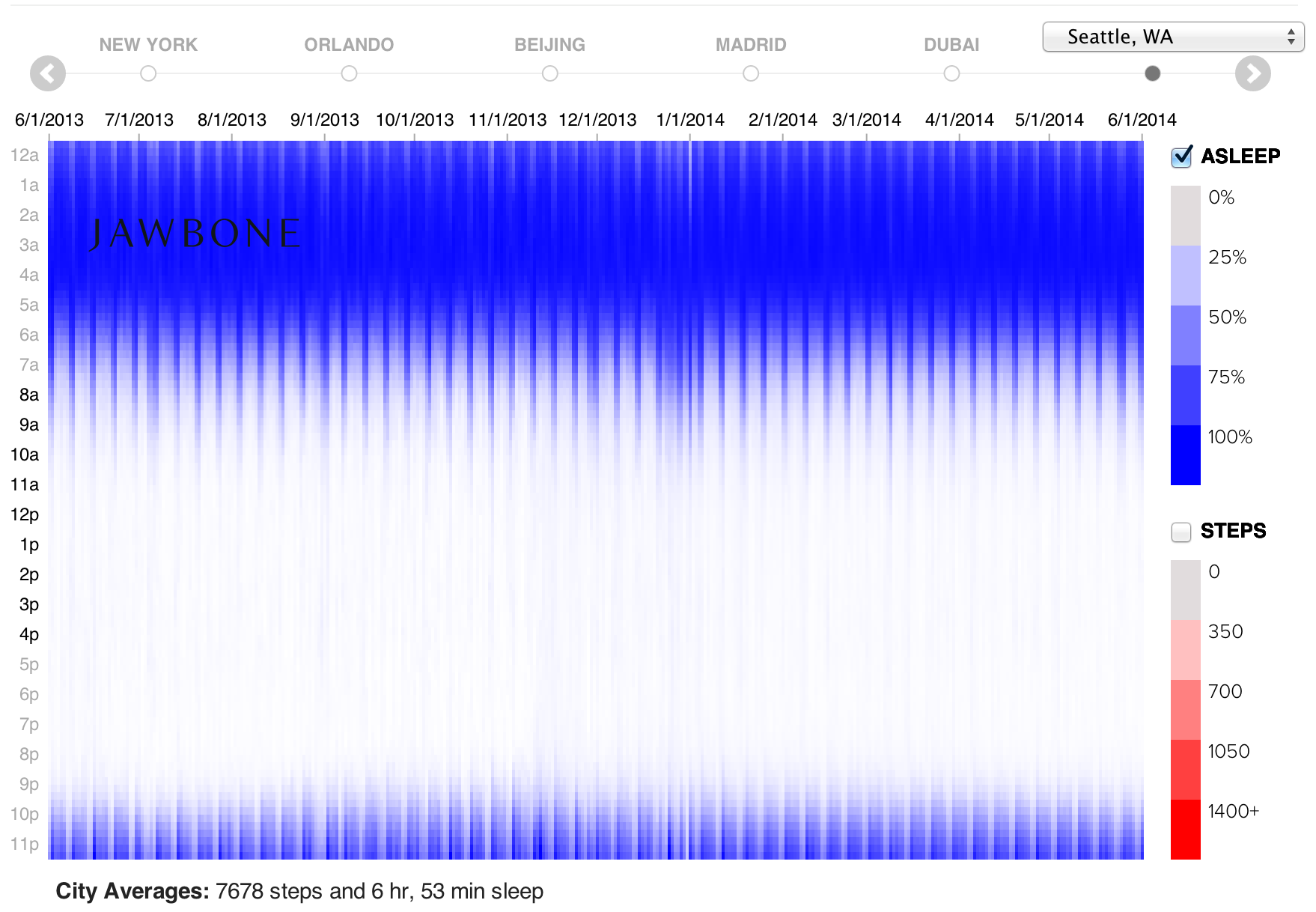