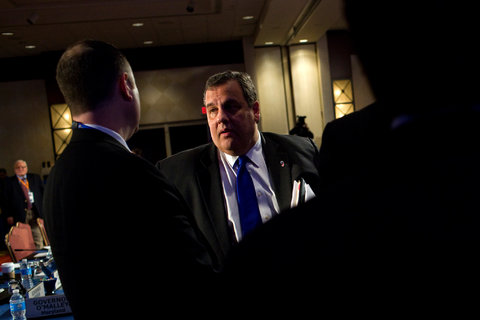 In September 2011, when Gov. Chris Christie of New Jersey was considering making a last-minute entry into the presidential race, I pointed out an incongruity in Republican attitudes toward him. Many Republican organizations and activists, including some very conservative ones, were enthusiastic about the possibility that Mr. Christie might enter the presidential race. But Mr. Christie’s history of actions and issue statements was fairly moderate.

Roughly 18 months later, the attitude toward Mr. Christie has changed. Mr. Christie has not been invited to the annual Conservative Political Action Conference, or CPAC, which will gather next month. Mr. Christie’s failure to be invited is not a mere oversight; virtually every other prominent Republican who might be a plausible nominee in 2016 has been asked to participate.

Isn’t it premature to conclude very much about 2016 dynamics based on something that is happening in February 2013?

Actually, as I wrote in my piece on Marco Rubio week, the Republican primary is already under way. Candidates like Mr. Rubio, Rand Paul, Jeb Bush, and Bobby Jindal are already positioning themselves with an eye toward 2016.

The broader public certainly won’t be paying much attention to what they do or say for a very long time. But the nomination process is as much an inside game as an exercise in voting. The candidates who perform well in the so-called invisible primary — the phase of the campaign when candidates seek to accumulate scarce resources like money, endorsements, staff talent and favorable relationships with the news media — will be far better positioned to succeed once voters in Iowa and New Hampshire get to have their say.

The veto of Mr. Christie by CPAC, which represents a relatively broad coalition of conservative and Republican interest groups, is an ominous sign for him. Candidates who have won the CPAC straw poll in the recent past include Mitt Romney and Rudolph W. Giuliani, other Republicans with whom some conservatives have had considerable disagreements. So the fact that Mr. Christie has not even been invited to the conference this year says something.

Mr. Christie was in good graces of CPAC as recently as last June, when he was the headliner at a regional conference the group sponsored in Chicago.

So what has changed? Is it Mr. Christie, or is it CPAC?

In fact, I’m not sure that either has. Instead, what seems to have changed is the salience of different issues, as driven by major news events over the past year.

Mr. Christie has long been an advocate of gun-control policies, for example. But that issue has become far more relevant since the shootings in Newtown, Conn.

Mr. Christie has also taken moderate positions on immigration. Immigration was an issue in the 2012 campaign, but it seems to have grown in importance now, after the poor performance of the Republicans with Hispanic voters in November, and the push by President Obama and by some Republicans in Congress for immigration legislation.

Of course, there was Hurricane Sandy, which yielded Mr. Christie’s literal and figurative embrace of Mr. Obama, and his later criticism of Congressional Republicans for failing to pass a disaster-relief bill. This is an important symbolic issue, but would Mr. Christie have behaved differently if the storm had hit in 2010 or 2011?

And on Tuesday, Mr. Christie became the eighth Republican governor to announce that he will accept Medicaid expansion under the president’s health care law, in spite of his party’s general opposition to the law.

Contrast this to the political climate in late 2011, when Mr. Christie was winning praise from conservatives for his statements toward teachers’ unions — an issue that was then in the news because of the protests against efforts by Gov. Scott Walker of Wisconsin to curtail benefits for public-sector unions in that state. Mr. Christie also takes relatively conservative views on gay marriage and abortion, social issues that had the stage more to themselves in 2011, but which may have to compete more against immigration and gun control in the next political cycle.

So far as I can tell, Mr. Christie hasn’t changed his positions on any of these issues very much. Rather, it’s that Mr. Christie had a number of relatively moderate positions to begin with, along with some conservative ones.

Does that mean there could be a reconciliation between Mr. Christie and conservative groups later on? It’s certainly possible. Surely the news cycle will shift again. And Mr. Christie could shift his stances to the right, especially once he secures re-election in New Jersey next year, as he is heavily favored to do.

But my premise when I wrote about Mr. Christie in 2011 was that conservatives had been underrating how moderate Mr. Christie was — perhaps because they were so desperate at that time to find alternatives to Mr. Romney and their other candidates. Now that he’s been “outed” as a moderate, it may be hard to close the closet door.

Mr. Christie, meanwhile, will need to consider whether to compete for the Republican nomination in 2016. While the mainstream media tends to chronically overrate the likelihood of a viable independent bid for the presidency, Mr. Christie would be better positioned to seek one than most, with very high favorability ratings among independent voters and the access to money and news media attention that comes from being a prominent politician in the Northeast. Or he could shoot for another office. Because of the ethical cloud surrounding Senator Robert Menendez, the Democratic incumbent in New Jersey, the Senate race in New Jersey could be very competitive in 2018.

Mr. Christie’s relationship with conservative Republicans, however, may have been doomed fro
m the start.