San Diego Comic-Con is in full swing right now, and the convention has never been more relevant for the entertainment industry. Expanding beyond the comic book industry, the annual gathering has become a prime place for TV networks and movie studios to announce future projects.

Only recently did these conventions, which originally appealed to a small subset of media consumers, begin to get coverage in the mainstream press. Comic-Con started with 300 people in the basement of a hotel in 1970. Today’s Comic-Con is a hive of commercialization; State Farm Insurance, for example, is sponsoring all of Adult Swim’s panels.

Wikipedia has what appears to be the most comprehensive record of attendance estimates over the past four decades of the San Diego Comic-Con. Here’s what it looks like: 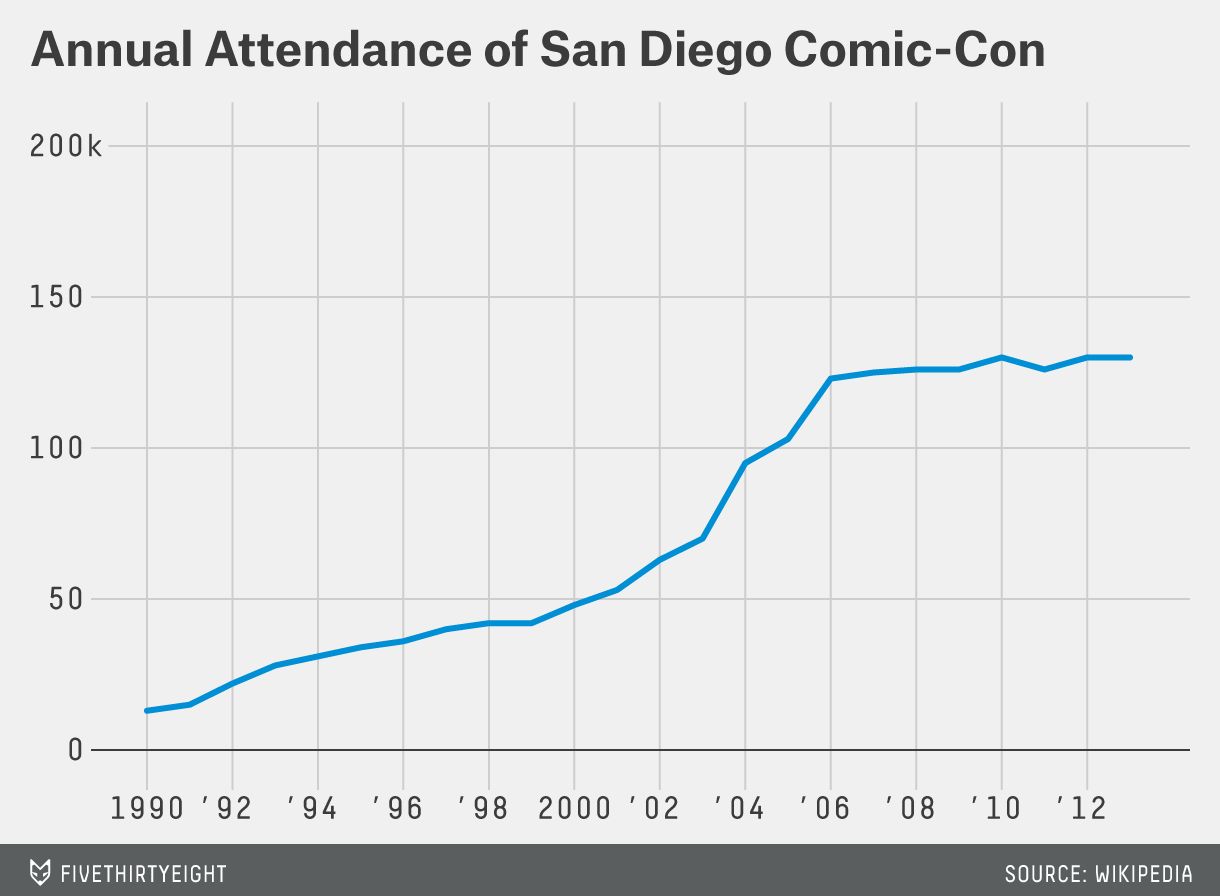 That rise in attendance seems to be leveling off at about 130,000 attendees over the past several years — San Diego’s convention center has been at capacity and is being expanded over the next several years to accommodate more visitors to conventions such as Comic-Con — but interest is still growing. The New York Times Lab just rolled out a feature that allows us to search historical articles to find the prevalence of different search terms. Over the past several years, coverage of “comic-con” — be it the big event in San Diego, or any of the other popular conventions, such as New York Comic-Con — has exploded. 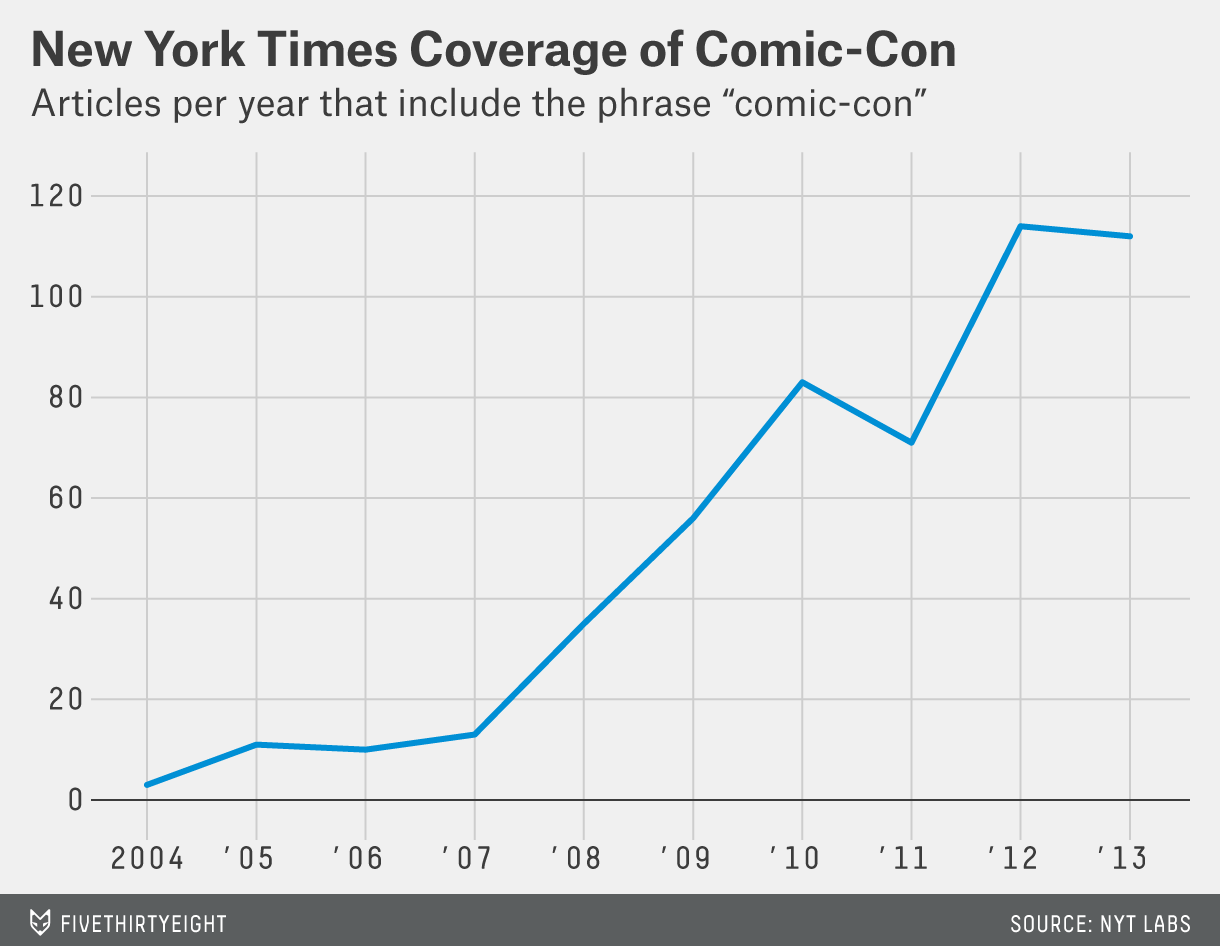 And while the commercialization of the San Diego Comic-Con may rub some purists the wrong way, it has become the definitive genre event of the year. And this is all indicative of the larger trend we’ve seen in recent years, where genre films — fantasy, science fiction and superhero films, for instance — have come to take over the mainstream.