A risk-benefit analysis of male circumcision, published at Mayo Clinic Proceedings, reviewed over a dozen studies on the topic. The findings, published last month, concluded that infant male circumcision had a “high benefit to risk ratio” and that “in our view, it might be an appropriate time for governments, insurers, and the medical profession to act.”

That call to action was motivated by a trend they spotted in the male circumcision rate in the United States: It has fallen. We wanted to take a closer look at the trends and, using data from the National Hospital Discharge Survey, found that the percentage of male newborns in the United States circumcised at birth decreased from 64.5 percent in 1979 to 58.3 percent in 2010.  Male circumcision reached a peak in 1981.

Here are the regional trends: 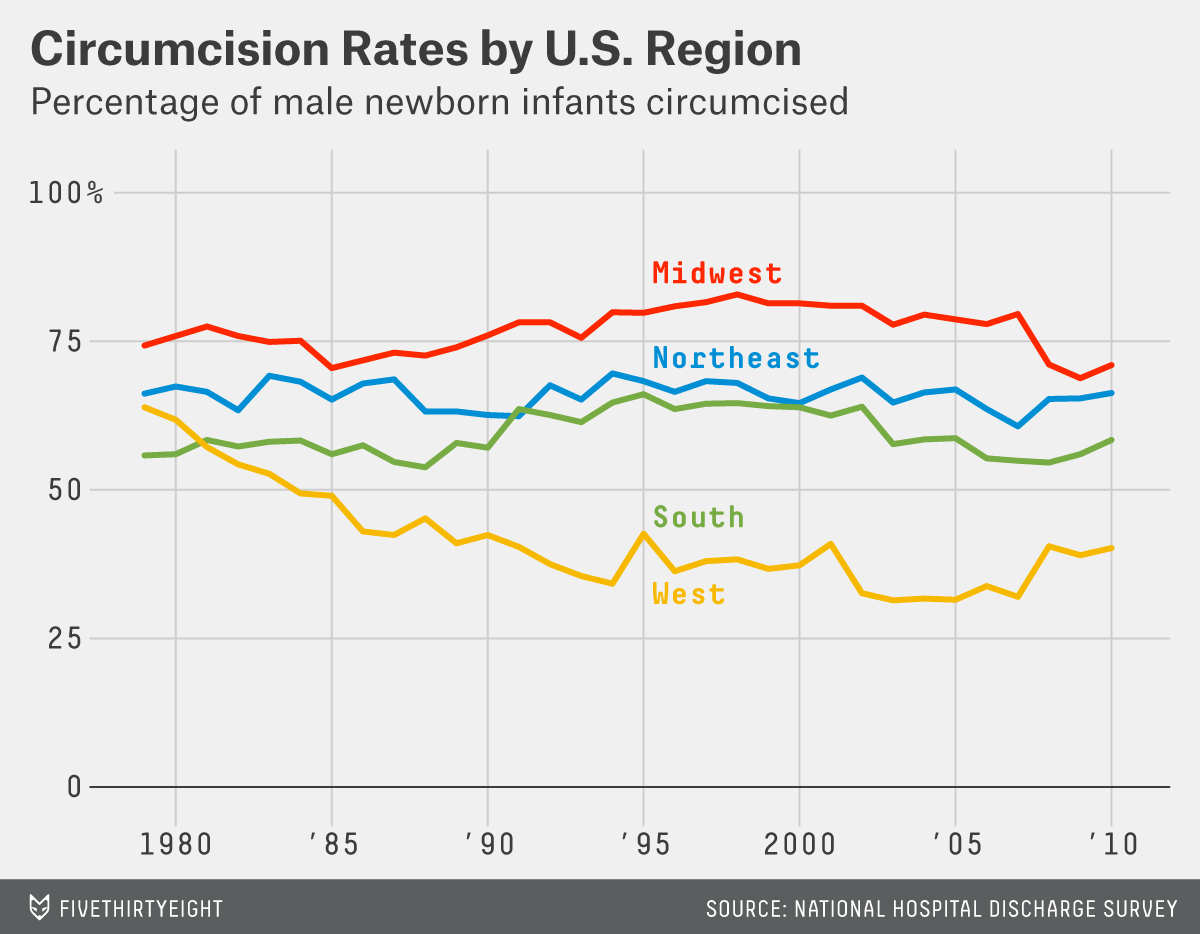 Two things seem striking about the chart. The first is the dip in circumcision rates in 2003. Nationally, 7 percent fewer babies were circumcised in 2003 than in 2002, and the drop was even more marked in the West, where rates fell by 10 percent from the previous year.

I’m not sure why (Centers for Disease Control and Prevention researchers didn’t offer an explanation). If recording practices have changed, maybe the numbers just appear to drop sharply in 2003. As for the West’s low rates, they may be partly explained by different norms among ethnic groups; male circumcision rates have been lower among Mexican-Americans than among non-Hispanic whites.

We will update you once we know more. In the meantime, please share any useful sources you have on the topic.