[EDIT — 8:26 AM. I am changing the reporting and headline slightly to more cautiously reflect what our sources are telling us. Matthews, we have strong reason to believe, is hiring staff for a run at the Senate, although there have certainly been candidates in the past who have staffed up but subsequently elected not to run. -Nate]

Chris Matthews, it appears, is in.

FiveThirtyEight has been hearing for some time that Matthews is serious about running for the United States Senate, but it took a trip to Georgia among the Georgia-runoff-congregated and well-connected Obama organizer throng to confirm.

According to multiple sources, who confirmed the Tip O’Neill staffer-cum-MSNBC host has negotiated with veteran Obama staffers to enlist in his campaign, Chris Matthews is likely to run for United States Senate in Pennsylvania in 2010. Matthews, 62, would run as a Democrat. Arlen Specter, the aging Republican incumbent, will be 80 if he chooses to run for re-election. 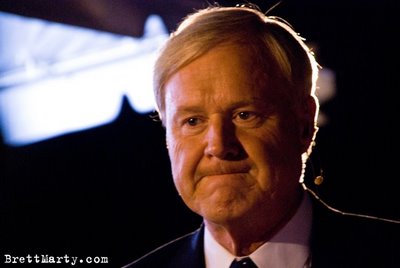 Preliminary public polling suggests Matthews would start at a deficit, in part because Matthews’ name recognition is lower than Specter’s.