You have a case with 11 golden globes, weighing 1 kilogram, 2 kg and so on, up to 11 kg. And you know exactly which globe is which.

You have arranged to sell one of the globes to a queen. She has heard tales of these orbs, and knows for a fact that they have masses from 1 kg to 11 kg. However, she doesn’t know which is which and will not simply take your word for it. She will purchase a globe if you can demonstrate its weight.

The queen has a balancing scale with two plates, one on each side. It shows whether the total weight on either plate is equal or, if not, which side is heavier. The queen can clearly see which globes you place on which plate. However, if at any point the mass on either side exceeds 11 kg, the scale will break and the queen will refuse to buy from you.

The queen is in a hurry for her next appointment, so time is limited. What is the fewest number of weighings by which you can prove the weight of at least one globe? Which globe is it? 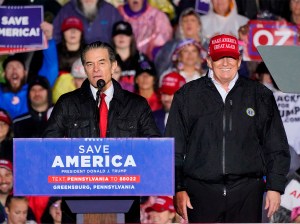 The astronomers of Planet Xiddler are back at it. They have developed a new technology for measuring the radius of a planet by analyzing its cross sections.

And so, they launch a satellite to study a newly discovered, spherical planet. The satellite sends back data about three parallel, equally spaced circular cross sections which have radii A, B and C megameters, with 0 < A < B < C. Based on these values, the scientists calculate the radius of the planet is R megameters. To their astonishment, they find that A, B, C and R are all whole numbers!

What is the smallest possible radius of the newly discovered planet?

Last week, not only did no one on your team at the office have a birthday this week, but nobody was celebrating a birthday for the entire month. With a total of 40 people on the team, the probability of this happening seemed to be miniscule.

But was that really the case? What was the probability that none of the 40 people had birthdays this month? (For the purpose of this riddle, you could assume that a year consisted of 12 equally long months. It was a sufficiently good approximation!)

Things got more interesting with the extra credit, which asked for the probability that there was some month (i.e., not necessarily this month) in which no one celebrated their birthday.

Well, one possibility was that no one was born in January, which happened with probability (11/12)40. The same went for February, March, and so on, since you were asked to assume that each month was equally long. With 12 months in all, the sum of these probabilities was 12·(11/12)40, or about 37 percent.

But the extra credit didn’t end there! As noted by solvers Anders Skjäl of Vasaa, Finland, and Alexander of Hong Kong, we just double counted cases where no one had a birthday in two distinct months (e.g., January and February). There were 12 choose 2 ways to select two months, and the probability no one had a birthday in those two months was (10/12)40. After eliminating this double counting, you were left with a probability of 12·(11/12)40 − 66·(10/12)40, or about 32.5 percent.

By this point, several solvers recognized that correcting for this alternating overcounting and undercounting could be accomplished formulaically via the inclusion-exclusion principle. In the end, the probability that there was at least one month with no birthdays was approximately 32.7 percent.

So while it wasn’t likely that no one had a birthday this month, it was much more likely that there were no birthdays in some month.

Last week, a postal worker and his customer joked about the various ways the customer could have mathematically encoded her post office box number.

The customer realized that every integer greater than 1 could be encoded via at least one Fibonacci-like sequence using an ordered triple (m, n, q). The encoded number was the qth member of the sequence after the first two positive integers m and n, where each term was the sum of the previous two terms. For example, 7 had the encodings (3, 4, 1) and (1, 3, 2).

In an attempt to stump the postal worker, the customer prefered encodings with a maximal value of q. What encoding should she have used for the number 81?

Several solvers tried out a few different combinations of m and n (sometimes via the aid of a computer), hoping to find a pair of values whose sequence eventually resulted in 81. But there were more efficient strategies.

With different starting numbers, we get two different sequences. But the ratios of consecutive terms in both sequences are quite similar. In the first sequence, the ratio of 107 to 66 is approximately 1.6212; in the second sequence, the ratio of 61 to 38 is approximately 1.6052. Both of these values are close to the golden ratio — roughly 1.618 — which shouldn’t be too surprising considering we’ve been talking about the Fibonacci sequence. In fact, no matter which two numbers you start with, the ratio of consecutive terms will always approach the golden ratio.

With this in mind, if 81 was part of a relatively long sequence, the term immediately preceding it should have been smaller by a factor of the golden ratio. It so happened that 81 was very nearly the golden ratio times greater than 50. So, working backwards from 81 and 50, one reversed sequence would be 81, 50, 31, 19, 12, 7, 5, 2 and 3. (You may have been tempted to stop at 2, but it was indeed possible to squeeze out one more term.) Therefore, the optimal encoding for 81 turned out to be (3, 2, 7), since 81 was the seventh term in the sequence after the initial terms of 3 and 2.

Finally, solver Emily Boyajian found the optimal encodings for all the integers up through 200. I confess I looked through the list, wondering which numbers were the first to achieve values of q that were 2, 3, 4, 5 and so on. How Fibonacci of me!