Just because the Clintons say something doesn’t mean it’s untrue. Hillary’s claim that she would do better against John McCain in swing states such as West Virginia — no Democrat has captured the White House without winning there since 1916 — is quite plausible. Obama is in danger of being cast as the Michael Dukakis of the 21st century (fairly or not). Polls show that in West Virginia, Obama wins only 53 percent of Democratic primary voters in a matchup against McCain. When only half of the party base is willing to vote for the nominee against a Republican, that nominee and that party have real problems.

Goldberg has something of a point. West Virginia very much is an electoral advantage to Clinton. Although the general election matchups in the state have not been polled in a long time, we have Clinton winning the state against McCain whereas Obama is way behind. It along with Arkansas are the two states where Clinton has the largest inherent advantage against Barack Obama.

The irony is that Dukakis — the nerdy, Willie Horton-releasing technocrat from Massachusetts — actually carried West Virginia by 5 points. And lost the election by 315 electoral votes.

Arguably the fundamental change in American partisan politics over the past 30 years is that the Democrats have gone from being the party of the working class to the party of the bourgeoisie. Jimmy Carter’s coalition was built on folks who did not attend college — but Ford beat him by 10 points among college graduates, and Reagan beat him by 16 four years later. The same pattens largely held for Michael Dukakis.

Clinton — Bill Clinton — captured the best of both worlds. He performed well among those voters who hadn’t attended college as well as among those with postgraduate educations. But by the time we got through the rabbit hole to John Kerry in 2004, the coalitions had flipped. Kerry was still carrying the postgraduate crowd, but had lost the “no college” voters.

These effects are particularly noticeable in West Virginia, which is among the least-educated states in the country. Indeed, Thomas Frank’s book should really be entitled “What’s the Matter with West Virginia?”

Hillary Clinton’s issue is that she rolls the clock a little too far back – not to the Clinton years but to the Carter years. She wins back the low-education voters that Kerry had lost — and hence, she wins back West Virginia. But, as of about a month ago, she was actualy losing college graduates to McCain. Hence, well-educated states like Wisconsin, Iowa, Minnesota, Virginia, Colorado, and Oregon give her challenges. McCain has even been within a couple of points of her in some polls of Connecticut. Each Democrat would face challenges in building a winning coalition, and it is not intrinsically obvious which one is greater.

p.s. As long as we’re talking about the National Review and Michael Dukakis, I’ve been looking for an excuse to present the following: 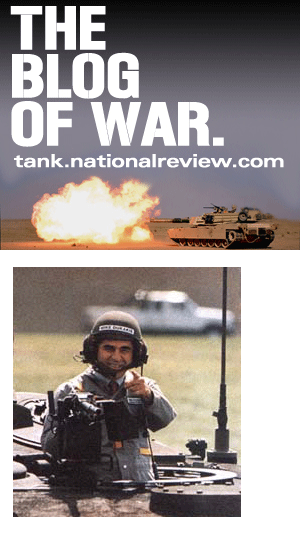