The Bureau of Labor Statistics on Wednesday released new data on America’s 20-somethings. I’m planning on taking a deeper look at the data in a future article, but even a glance reveals some striking trends. Most important: There’s a tremendous gulf between young people with a college degree and those without one.

A quick note on the data: Most of the labor market data you see (the monthly jobs report, for example) shows a snapshot in time. This report is different. It’s a longitudinal survey, meaning it tracks the same people from one year to the next. Wednesday’s report looks at people born between 1980 and 1984 and how they were doing from 18 to 27 years old. That means the report lumps together people who turned 27 in 2007, before the recession began, with those who turned 27 at the height of the recession. But the report also provides insights that aren’t possible from traditional economic data. 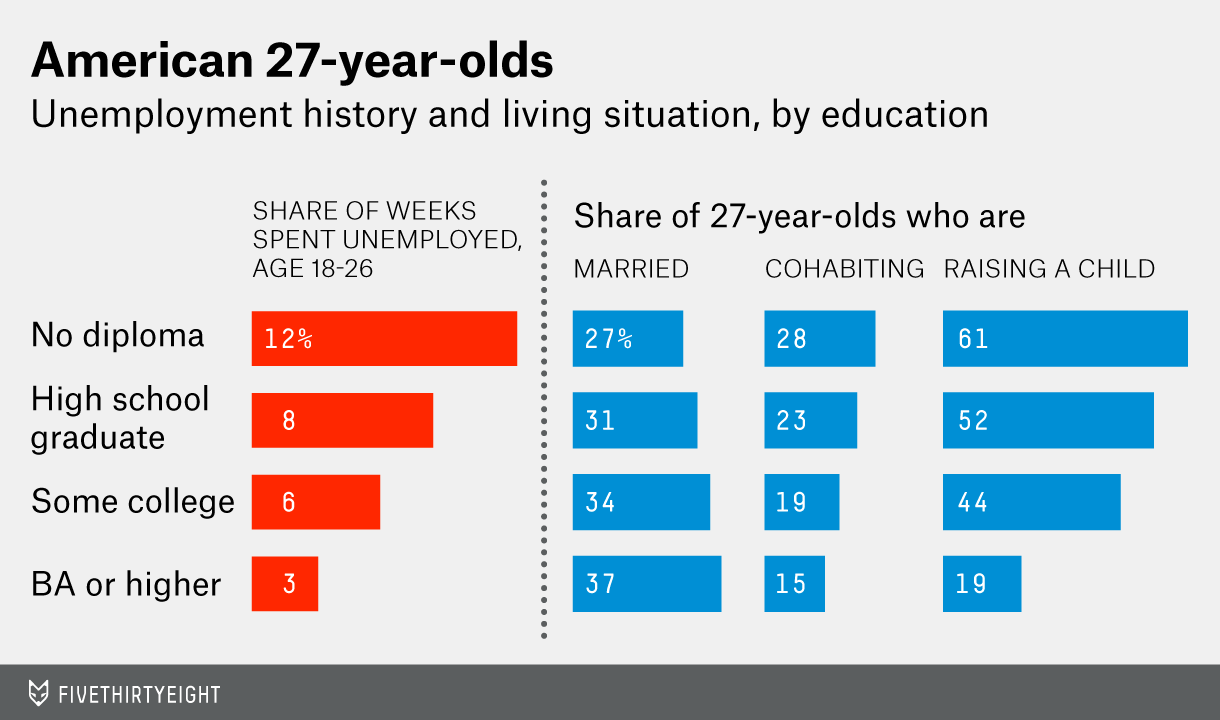 What do we learn? About two-thirds (65.5 percent) of 27-year-olds have attended college, but less than a third (28.1 percent) have earned a bachelor’s degree. As has been true for a while, women are both attending and graduating college at a much higher rate than men: 32.4 percent of 27-year-old women have a bachelor’s degree vs. 23.9 percent of men.

It’s important to separate correlation and causation here. For example, one reason many college graduates haven’t spent much time in unemployment is that they were in college during the worst of the recession, while their peers were looking for jobs. Notably, college graduates were actually employed slightly less during their early adulthood than those who went to college but didn’t earn a bachelor’s degree. Once they graduate, however, graduates work at significantly higher rates than non-graduates (according to separate BLS data).