The Academy Award for best picture will probably go to “Boyhood,” about a young Texan growing up, or “Birdman (Or The Unexpected Virtue of Ignorance),” which tells the story of Michael Keaton struggling to put on a play. We know this thanks to last weekend’s Directors Guild of America Awards and BAFTAs. “Birdman” took the top DGA award, for best director. “Boyhood” took the BAFTA for best film.

The DGAs and BAFTAs are two of the four award shows most highly correlated with the best picture Oscar. (The winner of best director at the DGAs has often won the best picture Oscar, as has the best film BAFTA winner). They’re both “insider” award shows; the people voting on winners are the same (general group of) people voting on the Academy Awards. (“Birdman” won top honors at the other two, the Producers Guild of America and the Screen Actors Guild awards.)

The DGA has the best prediction rate in the past 25 years: 76 percent of films that won that award for best director went on to win best picture at the Oscars. 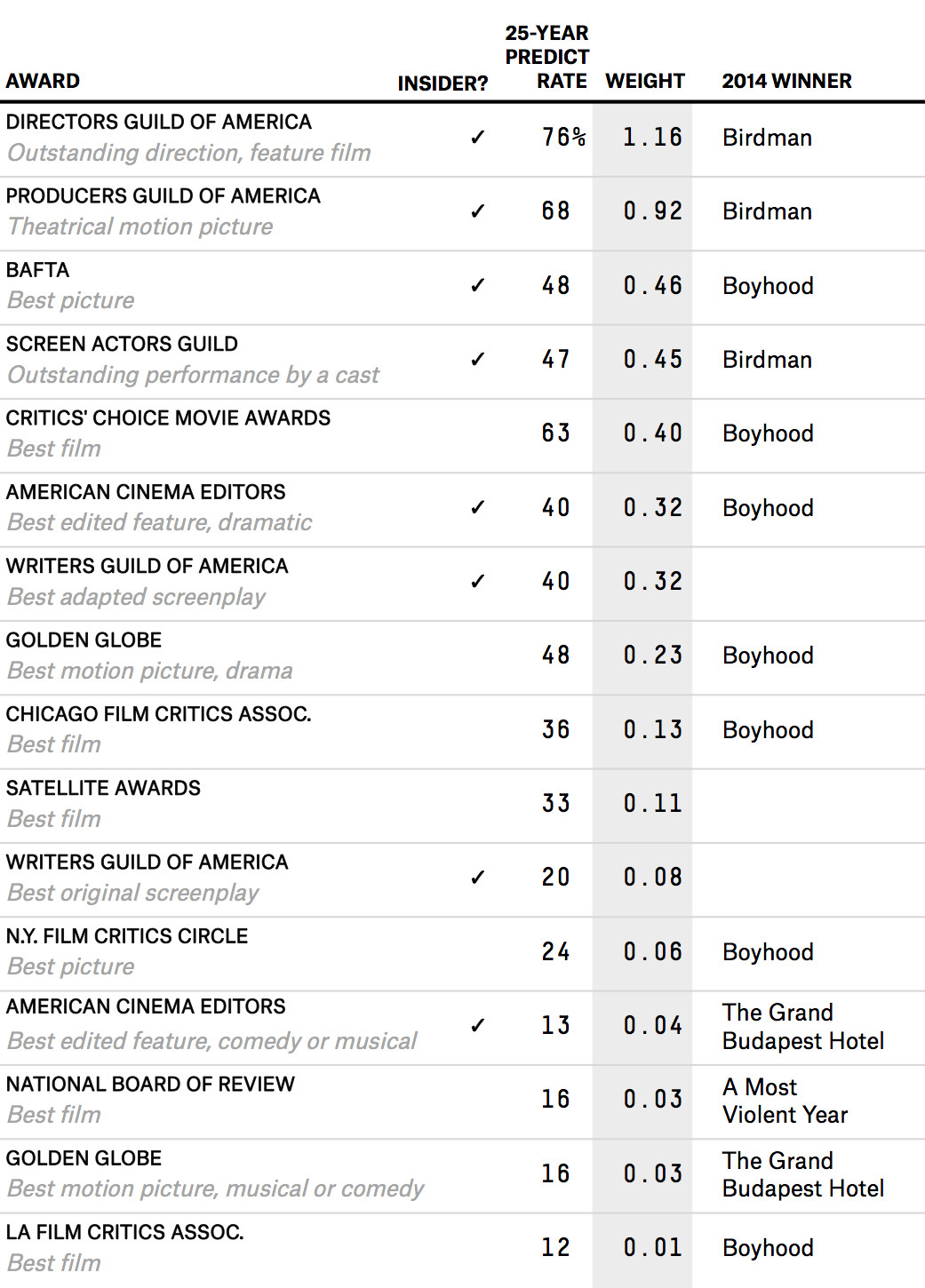 And what’s more, there aren’t a lot of potential points left to claim. With just the Writers Guild of America and Satellite awards left, about 0.51 points remain to divvy up.

Is it possible for another film to win best picture at the Oscars? Definitely. Sometimes there’s a backlash against the favorites. There are also dedicated campaigns to woo voters, and we don’t have data on how these campaigns influence Academy members. And there’s a history of big upsets at the Oscars. “Crash” in 2005 and “Braveheart” in 1995, for example, won best picture with zero consensus from the other awards.

Looking at the scores, there’s an argument to be made that this year is one of the most competitive in recent memory, and I plan to check that out soon. But either way, the stats and the conversation around the early awards point to this being a race that’s probably between only two horses.