Sandra Bland’s death last week in a Texas jail — police say she committed suicide, but her family and friends have disputed that — has provoked questions about how police treated her and how they treat other African-American women.

The investigation being conducted by the Texas Rangers and the FBI will help determine what happened to Bland specifically, but we can put her death in context with national statistics on deaths in custody and arrest-related deaths.1 The data includes demographic information, so we can see how it varies by race.

Although African-Americans are at a lower risk of death in local jails than whites overall (largely because of the higher rate of suicide among white inmates), they face a higher risk of arrest-related death specifically. Among every 100,000 black people who are arrested, 5.6 die, compared with only 3 of every 100,000 white arrestees. 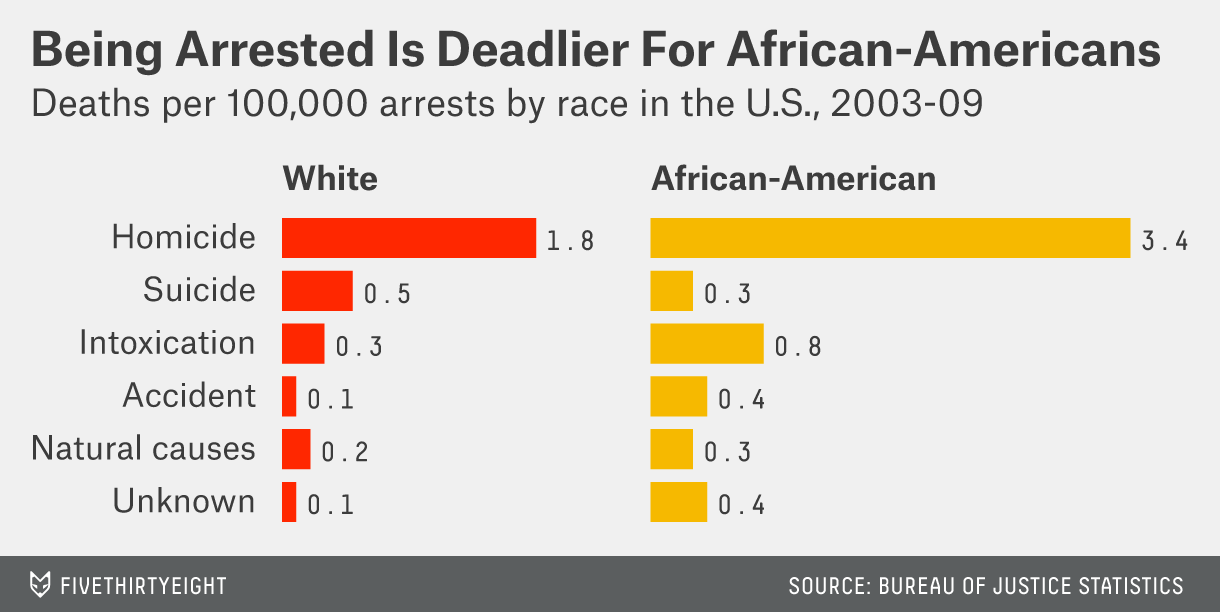 The Justice Department notes in both its report on deaths in jail and on arrest-related deaths that its numbers are likely to underestimate the true rate of deaths, because of underreporting, but that they have more confidence in the relative rate of different causes of deaths.

Because of the attention that activists have brought to Bland’s case, her death is more likely to wind up accurately tabulated in future updates to the DOJ’s numbers. It’s harder to be sure about the approximately 1,000 other deaths in local jails that take place each year.