Such is the case I make in a new feature at Esquire:

If Bill Clinton was the first black president, then Barack Obama might be the first urban one. He is the only American president in recent history to seem unembarrassed about claiming a personal residence in a major American city. Instead, presidents have tended to hail from homes called ranches or groves or manors or plantations, in places called Kennebunkport or Santa Barbara or Oyster Bay or Northampton.

The full article is here. 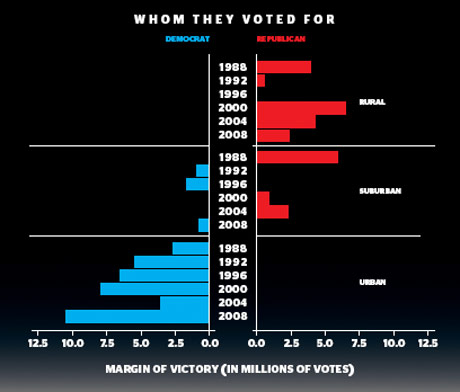