I just turned 30, but I’m comforted in thinking that I’m still younger than most people in America (and the world?). But that won’t last forever. At what age is the tipping point when I become older than most people?

Looking at a graph of the U.S. population gives a whole new meaning to the expression “over the hill.” You’re right; you’re not there yet: As of now, an American turning 37 becomes older than the majority of people in the country.

That wasn’t always the case — as recently as 2000, that tipping point was 35. And if you’re feeling comforted now, there’s more good news coming. The age is constantly edging up, according to historic data and population projections from the Census Bureau. That buys you some time. It’s not until 2023, when you’ll be 38, that you’ll become older than most Americans. 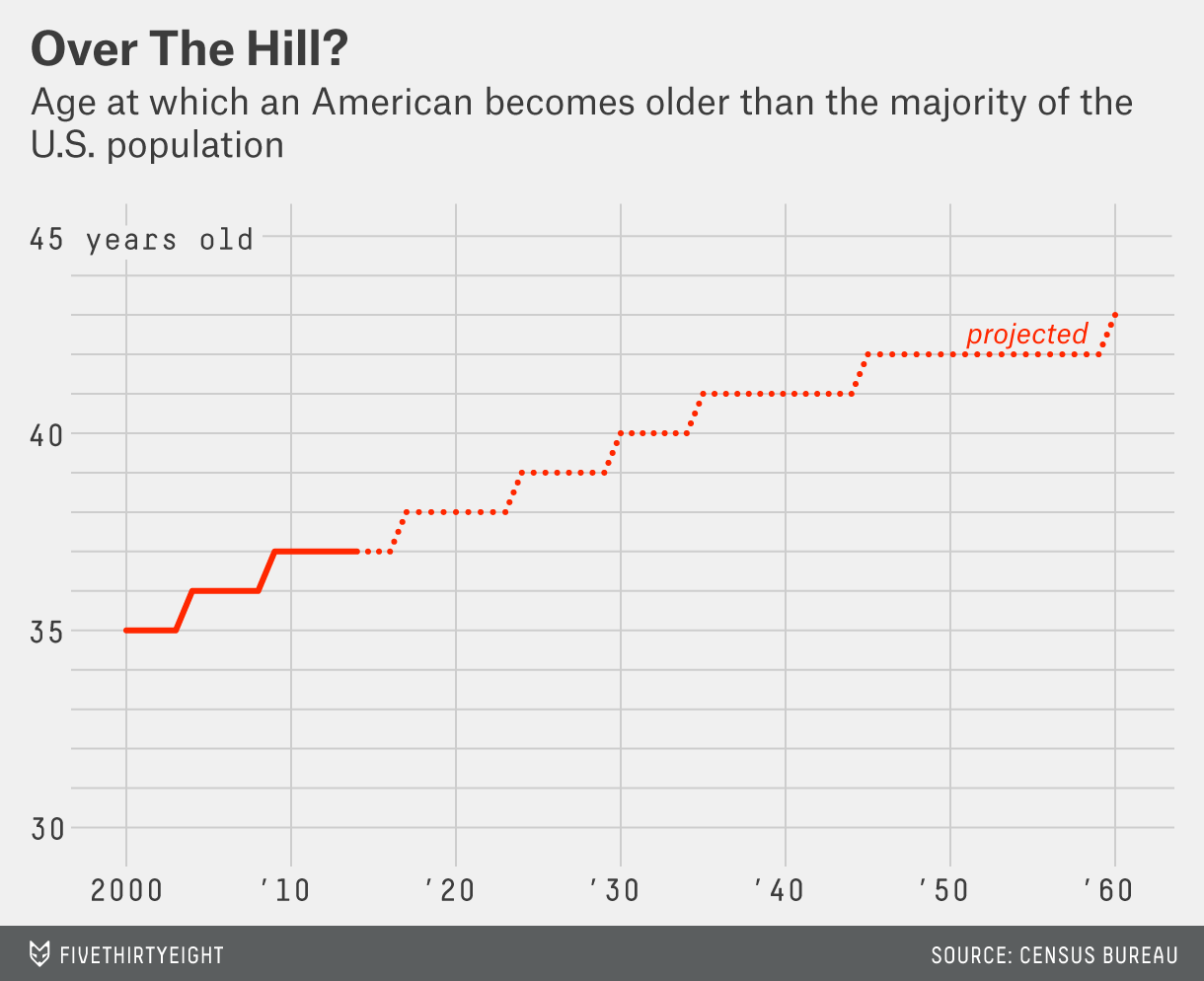 Things look different when we take an international perspective. Last April, the United Nations published statistics on the world’s population as of 2010. As you can imagine, it’s a gargantuan head count (which relies on shaky numbers from governments in some countries), so estimates of the global population are broken down into five-year age groups.

Anyone between 25 and 29 is already older than most of the people in the world. That figure, too, has edged upward — but at a much slower rate. Between 1950 (the earliest year of data) and 1994, anyone in the 20-to-24 age group was older than the majority of the global population. Don’t feel glum though, Martha. As an American, you can expect to live to 79. That’s seven years longer than the average person on the planet.