Go ahead, pop that cork. Champagne prices are lower than they’ve been all year.

Surely no one is complaining, but this fact is a bit perplexing. Demand for sparkling wine skyrockets during the holidays — around New Year’s Eve specifically. But at the same time, the price drops sharply. A standard supply-and-demand model would predict the opposite. What’s driving this holiday miracle?

Sales during the week of New Year’s are seven times higher than in an average week. Sales during the holidays — Thanksgiving through New Year’s — make up a third of a year’s total. Here are the fluctuations in demand over a few recent years: 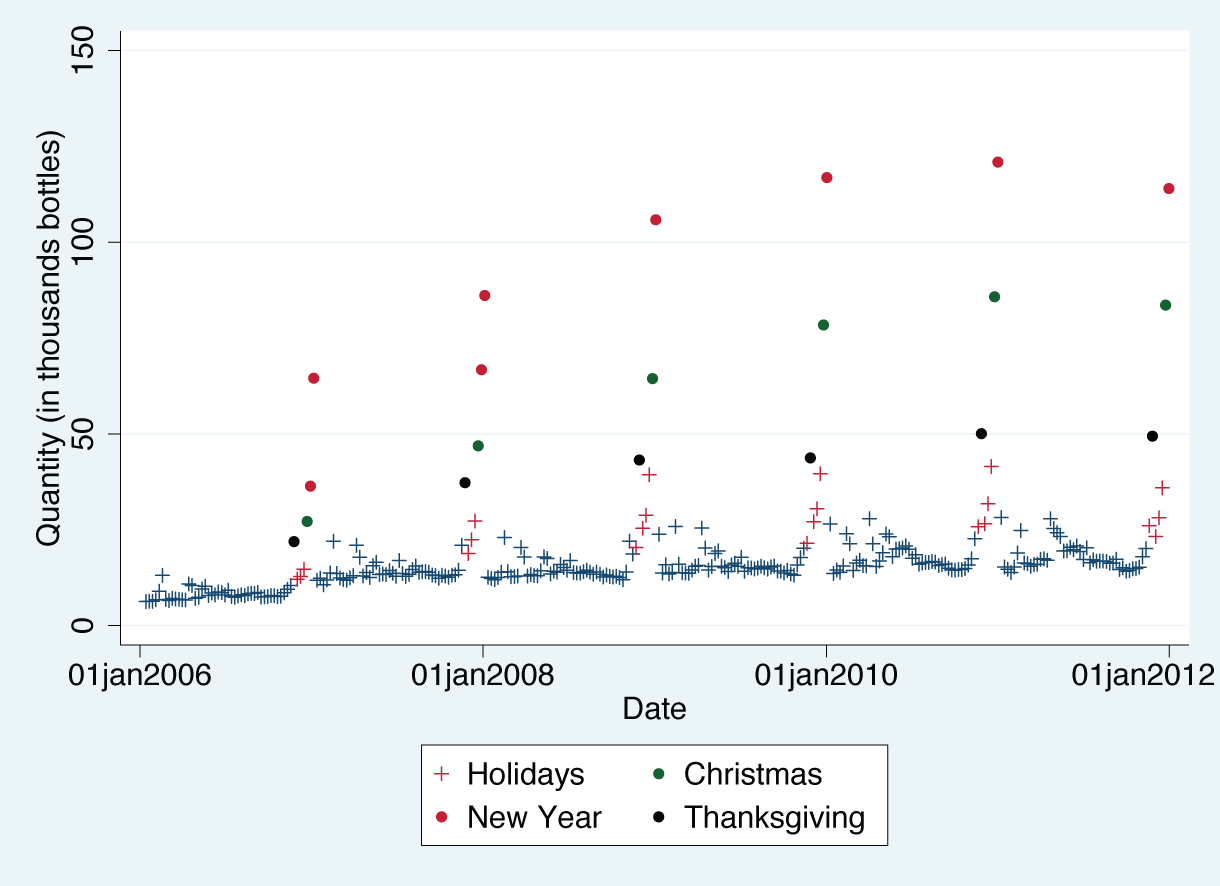 But, at the same time, the price drops. The average price of a bottle is 18 percent lower during the holidays compared to the average week. Here are the prices over the same period. 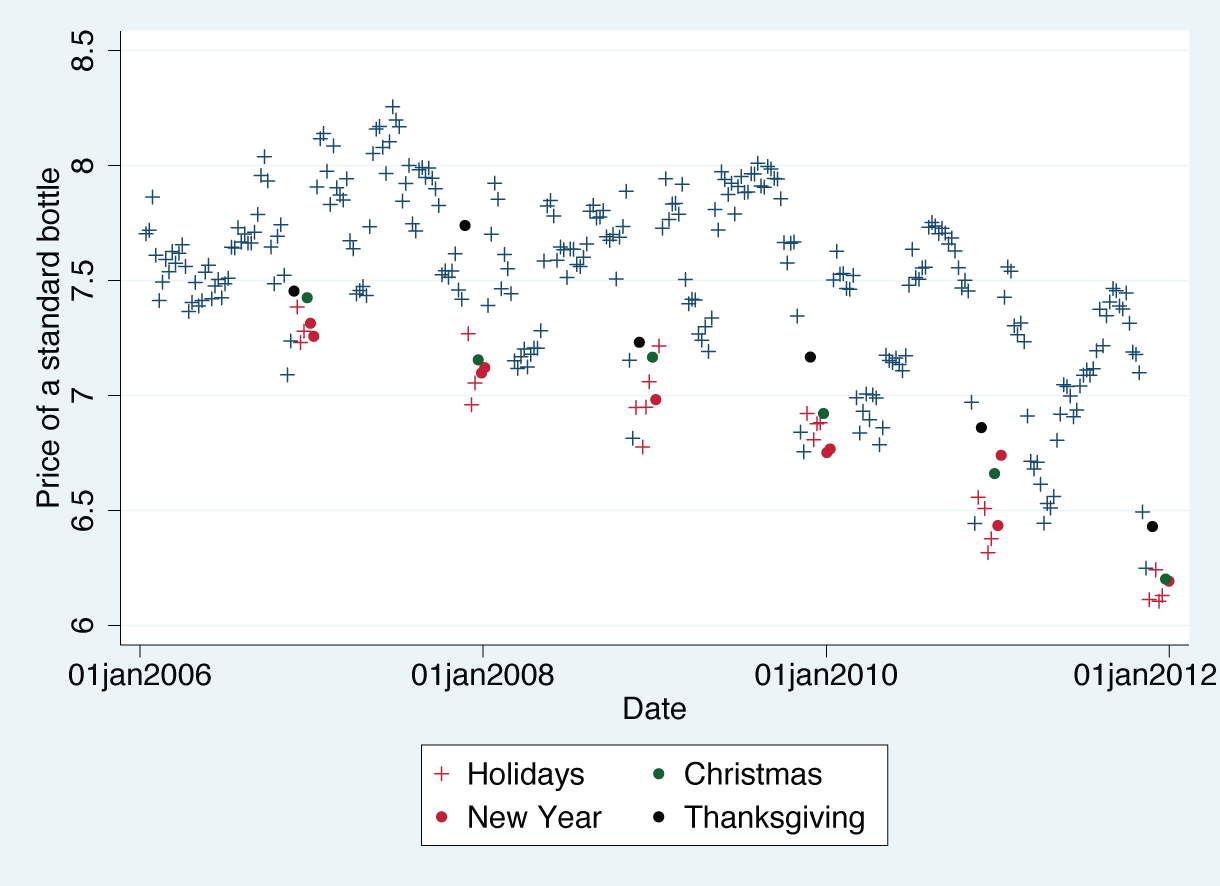 We know all this thanks to the work of two University of Chicago economists, Denrick Bayot and Juliette Caminade. Using data from Nielsen, they’ve quantified this bubbly phenomenon. And they’ve also provided an economic theory to explain it.

The phenomenon — demand up, price down — is often called countercyclical pricing. In this case, it’s driven by who specifically is doing the demanding, Bayot and Caminade say. Seasonal sparkling wine buyers — those who limit their quaffing to the holidays — are more sensitive to price. In economics parlance, they’re more “price elastic.” And these seasonal buyers account for more than a third of all holiday sales. Aggregate elasticity in the sparkling wine market increases 50 percent during the holidays.

So you’ve got a horde of revelers, determined to get their once-a-year sparkling fix, but only willing to pay less for it. Et voilà — a lower average bottle price. Think back to Econ 101: The demand curve shifts out, but it also changes shape. This can affect the equilibrium price in unexpected ways.

There is also a supply-side explanation, advanced by Yale economist Judith Chevalier and co-authors, among others. Maybe champagne is a “loss leader.” By charging and advertising low, low prices for a very popular good — like champagne around New Year’s — a retailer can get people into the store. Once they’re there, the retailer has some market power, and the customer may buy not just the discounted champagne, but maybe beer, snacks, party hats and noisemakers, too.

Countercyclical pricing is observed for non-sparkling wine, too, but to a much smaller extent. There are fewer exclusively seasonal buyers. The phenomenon is also observed in much different contexts. Matzo during Passover, tuna during Lent and soup during cold months become cheaper, too.