This year, six women and six men were named winners in the journalism categories — a massive uptick in female representation from previous years. In 2011, women made up 36 percent of the winners, a share that steadily declined to just 8 percent last year. In fact, this year’s ratio demonstrates an overrepresentation of women in the field: Women make up only 36 percent of newspaper newsroom staffs, according to a 2014 report from the Women’s Media Center.

This is great news for women, but given the entire history of the award, the odds are still in men’s favor. So if you’re a female journalist, what exactly could help you beat those odds and win this male-dominated award? A couple of years ago, researchers from the University of Missouri and the Chinese University of Hong Kong decided to find out whether there were any significant differences between male and female Pulitzer winners.

They compiled data on every winner in the journalism categories from 1917 to 2010 and then split that data into two time periods: 1917-90 and 1991-2010.1 The researchers looked at differences in the qualifications of male and female winners, as well as differences in the types of awards won. To update their work, I compiled some of the equivalent data — specifically the distribution of award type among men and women and the share who had graduate degrees — from 2011 to the present.2

Before 1990, the researchers found that female winners were more likely to be a part of a winning team (rather than winning on their own), to have been born in a large city, to have a graduate degree, to have majored in journalism and to work for a national news organization. Between 1991 and 2010, the gender gaps across all these factors shrank significantly, and men actually became more likely to win as part of a team. But women were still much more likely than male Pulitzer winners to have a graduate degree in any field. 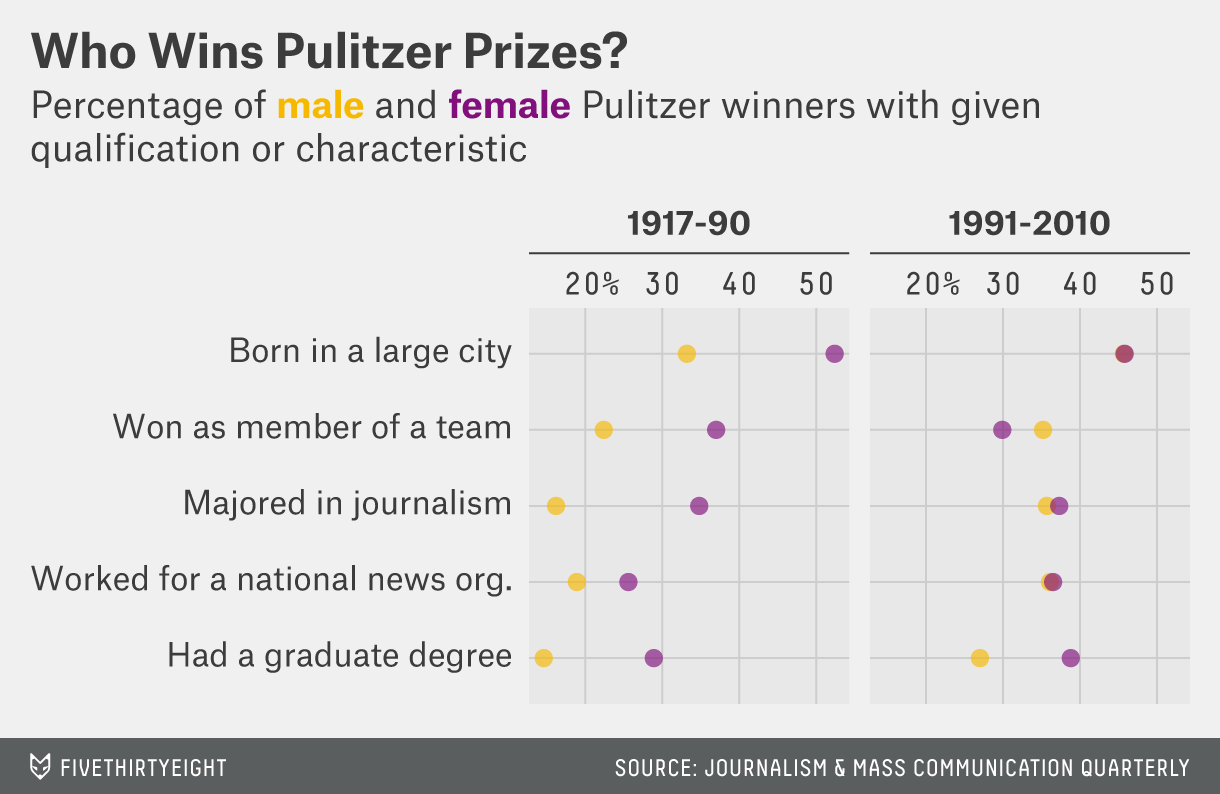 This year’s female winners seem to buck this trend: It seems that just Kingsbury has a graduate degree, while none of this year’s male winners does.3 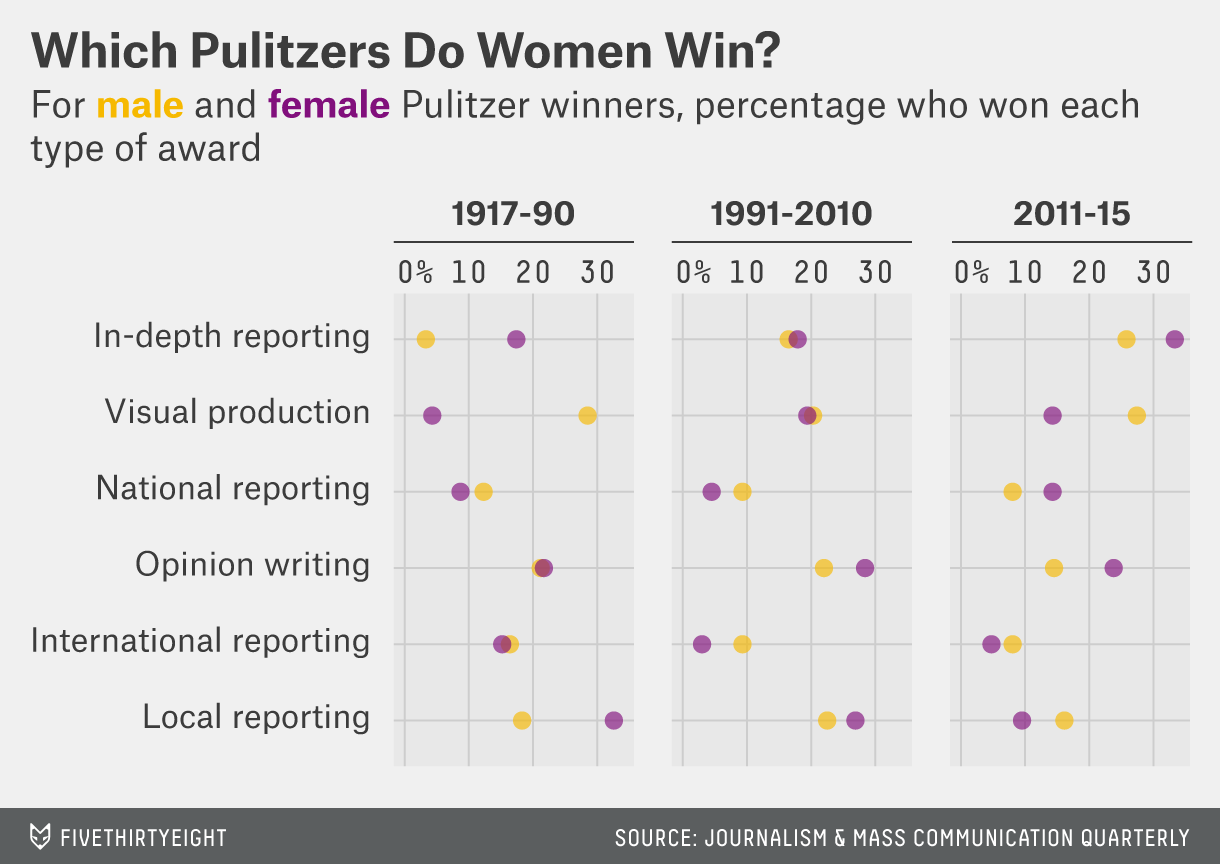 My data on how many Pulitzer winners over the past five years have had graduate degrees shows that at 50 percent and 13 percent respectively, female winners are still much more likely than their male counterparts to have one (even after taking this year’s dearth of degrees into account).

We’re happy for the new winners and happy to see the growth in female representation this year. But the broader trends in recent years indicate that it hasn’t been a great time to be a woman seeking a Pulitzer. For now, the best advice I can give to women who want to help even the odds is this: Get a graduate degree.