It’s that time of year again. Snow is falling, sleigh bells are ringing and Congress still hasn’t figured out how to fund important parts of the government. In a televised meeting with Democratic leaders at the White House on Tuesday, President Trump said he would be “proud to shut down the government for border security” if Democrats wouldn’t vote to spend $5 billion to build a wall along the U.S.-Mexico border. But that may not be a very popular stance.

According to an NPR/PBS NewsHour/Marist poll, 57 percent of Americans think Trump should “compromise on the border wall to prevent gridlock,” while only 36 percent think he shouldn’t compromise even if that means a government shutdown.

And that reflects a larger trend — in CBS News polls that have been conducted since July 2016,1 Trump’s border wall proposal has generally been unpopular, except among Republicans: 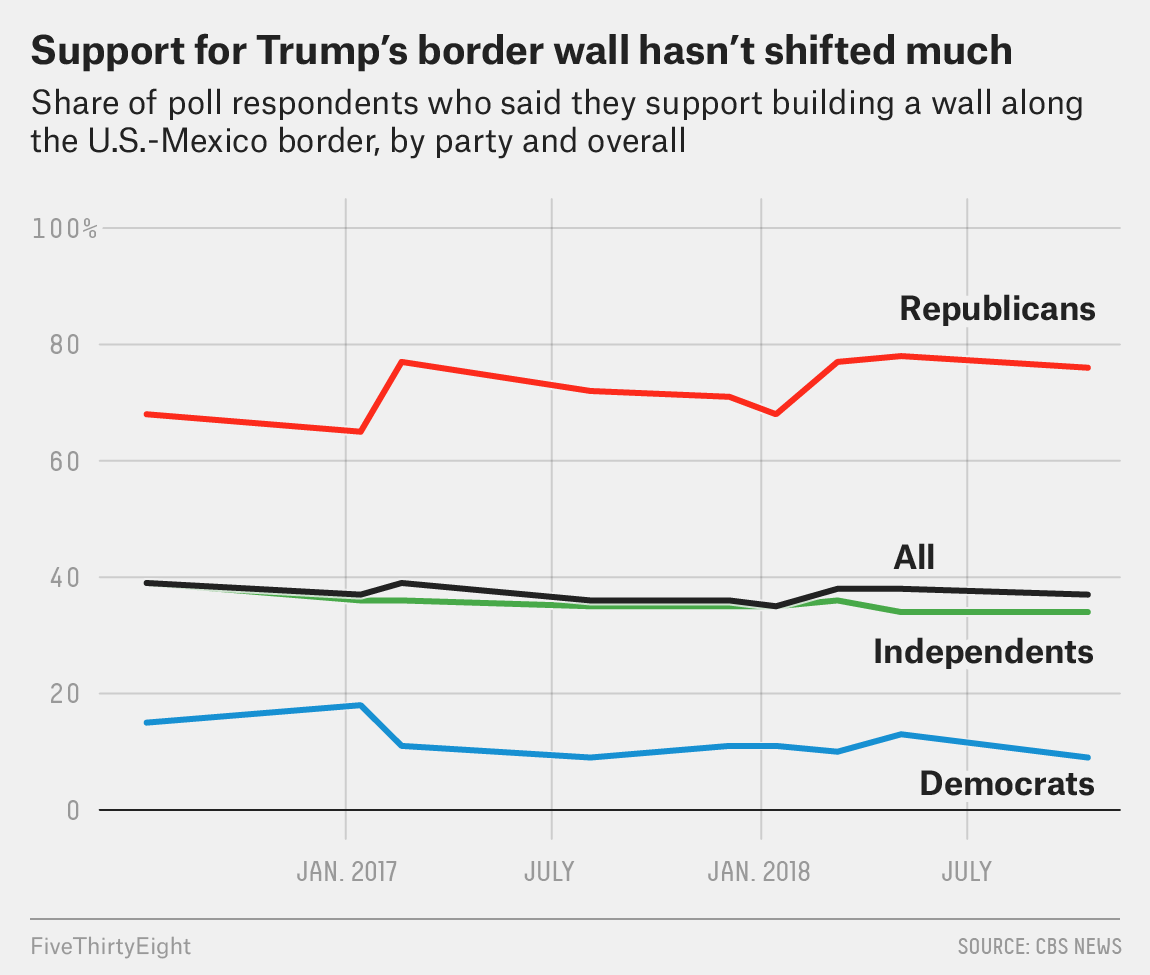 For Republican and Democratic congressional leaders, the public relations game around government shutdowns is usually focused on trying to pin blame on the other side. After the government closed for 16 days in 2013, a Washington Post-ABC News poll found that more Americans placed responsibility for the impasse on Republicans than on President Obama. And nearly 3 in 5 Republicans said they disapproved of how their party handled the shutdown negotiations.

This time around, the prospect of a shutdown seems to have spooked some congressional Republicans. Senate Majority Leader Mitch McConnell has said that he hopes a partial shutdown can be avoided. And Democratic leader Nancy Pelosi, who is expected to be the speaker of the House in the next Congress, reportedly described Trump’s publicly expressed willingness to shut down the government as a political accomplishment.

But Democrats probably shouldn’t celebrate. Even though Americans mostly blamed Republicans in the aftermath of the 2013 shutdown, Obama arguably didn’t escape unscathed: His favorable rating dipped below his unfavorable rating for the first time in his presidency. Government shutdowns can have serious political fallout in the short run for everyone involved.

Holding up budget negotiations over a border wall may seem like a good way for Trump to maintain support from his core followers, but mixing a policy that appeals primarily to his base with a government shutdown could backfire, especially if Trump is ultimately unable to secure funding for the wall. In the new NPR/PBS News/Marist poll, 30 percent of respondents who identified themselves as Trump supporters said they thought he should compromise on the wall. And a CBS News poll from November found that 28 percent of those who favored Trump’s border wall did not believe that it was worth risking a partial government shutdown over.

There will likely be pressure on Trump from both the public and from his own party to avoid shutting down the government. If a government shutdown interrupts the holidays this year, while the political fallout might be a wash in the long run, there could be more lasting consequences for things like economic growth, scientific research and veterans benefits that might leave some people more dissatisfied and angry with government. 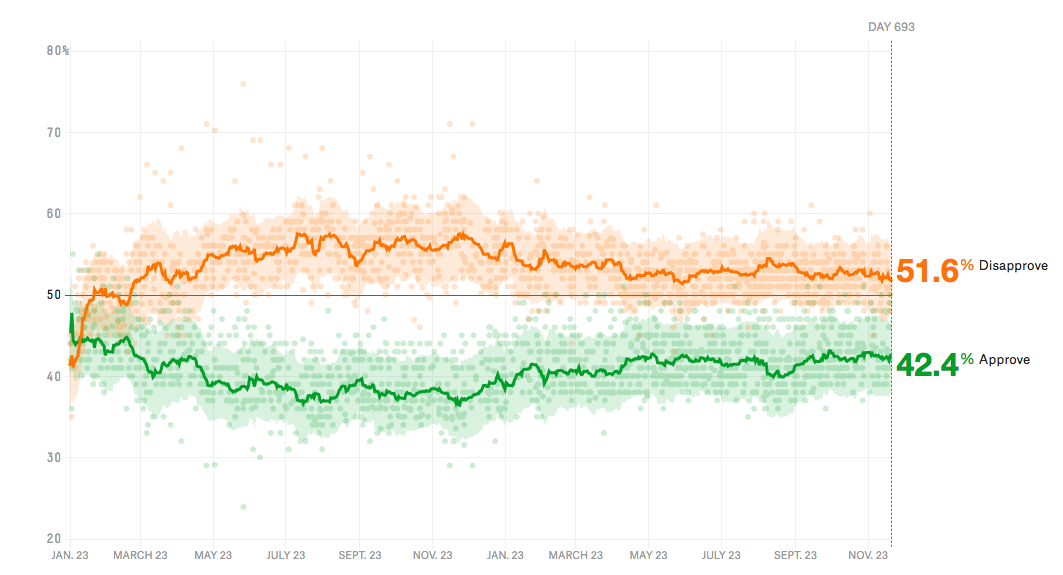