In an interview with NPR published Monday, President Obama said race relations have improved during his presidency. A look at polling data shows that the public disagrees — particularly after the Michael Brown and Eric Garner grand jury decisions. Americans’ assessments of race relations are worse than at any point since the 1990s. 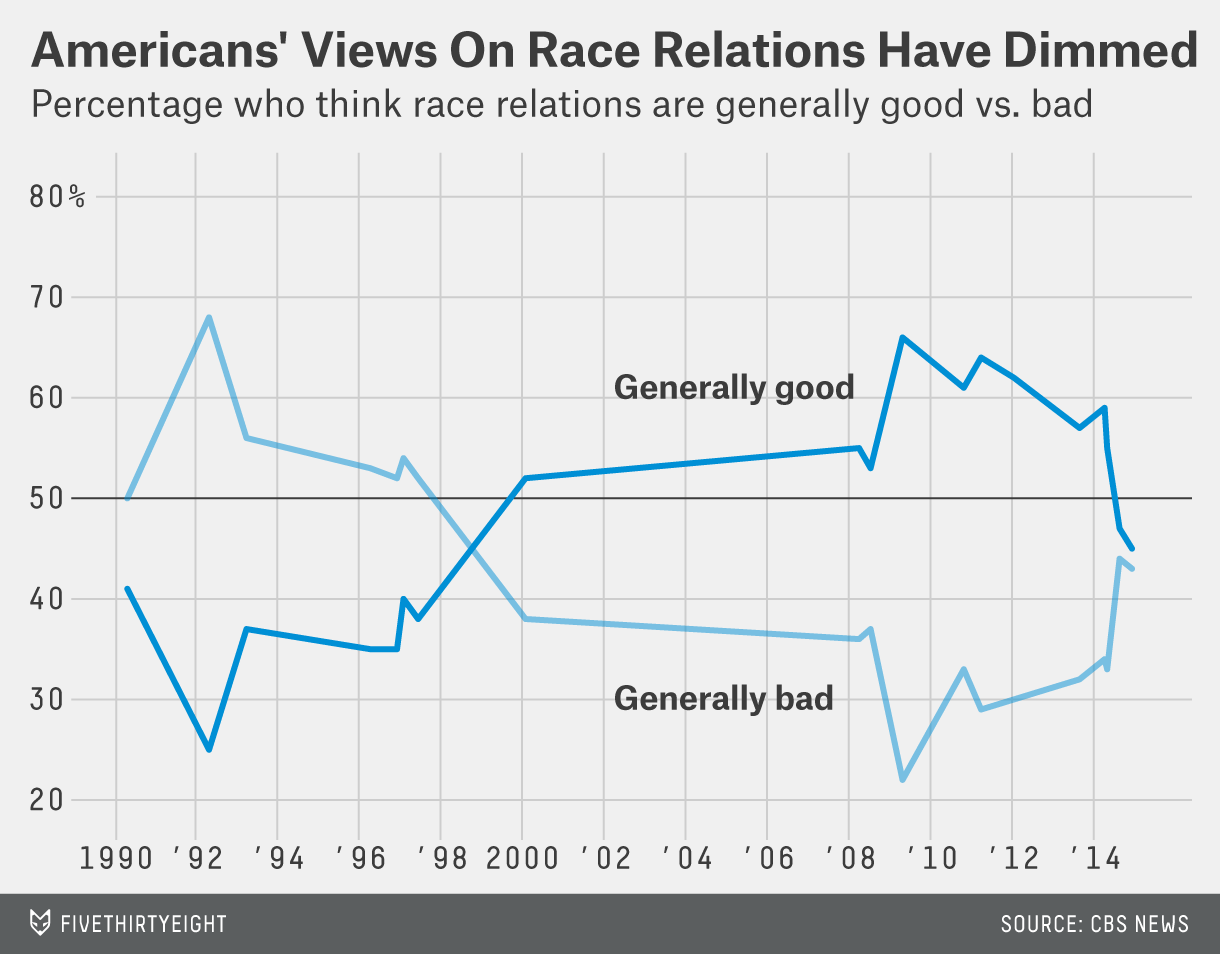 The percentage of Americans who say race relations are the most important problem in America is at its highest point since after the Rodney King verdict in 1992. 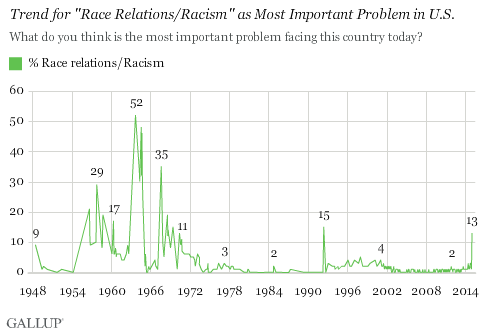