Many of these independents are closet partisans. They say they are independent but consistently lean towards one party or the other. In Gallup’s latest survey, only 13 percent of Americans don’t favor the Democratic or Republican party. In other words, 87 percent of Americans prefer one party over the other, which is about on par with data since 1991. 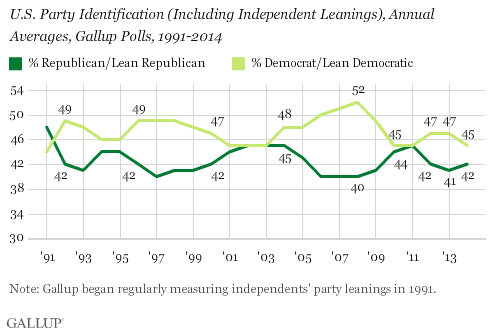 As Ariel Edwards-Levy at the Huffington Post has pointed out, the growing unpopularity of both parties likely has led to people not wanting to identify with either one. But when push comes to shove, these voters consistently favor one side over the other.