President Trump’s summit with North Korean leader Kim Jong Un ended on Thursday without a deal that would lead to the denuclearization of the Korean peninsula. Trump has repeatedly touted his ability to work with North Korea, so this outcome is far from ideal for him. It’s still too soon to know exactly how Americans are reacting to the summit in Vietnam, but polls conducted over roughly the past two years show that Americans’ views on Trump’s management of U.S. relations with North Korea improved after his rhetoric changed from antagonistic to cooperative and the North stopped conducting nuclear weapon and ballistic missile tests.

According to a Fox News poll conducted this month, before the summit, 46 percent of Americans said they approved “of the way Trump is handling North Korea” while 41 percent said they disapproved. That gives the president a net approval rating (approval minus disapproval) on this issue of +5. That’s notable, because it’s the first time that Trump has been in positive territory on this specific question in a Fox News poll since the pollster first asked it, in April 2017. And it’s a big improvement from October 2017, when Trump’s net approval rating on the issue was -24 and Kim was still openly conducting weapons tests and exchanging hostilities with Trump.

In the chart above, you can see the trends in Trump’s approval and disapproval ratings on North Korea based on the results of surveys from different pollsters since Quinnipiac University asked the question in April 2017.1 The worst time for Trump, from a public opinion perspective, was in the fall of 2017 — after Trump and Kim engaged in a volley of insults and incendiary statements, including a threat by Trump to “totally destroy” North Korea during a speech at the United Nations. Trump’s rhetoric began to soften in January of 2018, ahead of his first meeting with Kim, in Singapore, in June of that year — and as you can see in the chart, Trump’s numbers improved during that time period. Since the summit, public opinion on Trump’s handling of North Korea doesn’t seem to have changed much — but we found only two polls on this question since the beginning of 2019, and we don’t know yet whether the failure to reach a deal in Vietnam will sour Americans on Trump’s policies.

While Trump’s change in tone from threatening to unleash “fire and fury” on the North to declarations of “love” for Kim may have helped boost Trump’s approach in the eyes of the public, the lack of missile and nuclear testing on the peninsula likely also played a role. In 2017, North Korea claimed that it tested a hydrogen bomb and conducted several tests of intercontinental ballistic missiles, one of which was lobbed 10 times higher than the international space station and could theoretically have reached the eastern coast of the United States. But since the end of 2017, there have been no reports of North Korea launching ballistic missiles or conducting nuclear weapon tests.

With less negative attention on North Korea from the White House and less missile activity out of Pyongyang, the news media shifted its focus to other matters. That might have had an impact on how the public viewed North Korea: In February of last year (only three months after the most recent ICBM test), 51 percent of Americans told Gallup that they considered North Korea to be the U.S.’s “greatest enemy today,” but in a poll taken this month, that number was only 14 percent, with Americans citing both Russia and China as bigger threats.

This doesn’t mean that Americans are neutral on North Korea. In the February Fox News poll, about half of Americans, including 58 percent of Democrats and 46 percent of Republicans, said they consider North Korea a “major threat” to U.S. national security; an additional 37 percent said they consider it a “minor threat.”2 Both U.S. officials and a U.N. watchdog agency have warned that North Korea, despite making multiple public commitments to denuclearization and halting missile testing, has continued to develop its nuclear weapons program.

Americans may look more favorably on Trump’s handling of North Korea in the short run, but with the collapse of the Vietnam summit, Trump could find himself back in a place of nuclear brinkmanship with North Korea. And that probably wouldn’t be good for him politically. 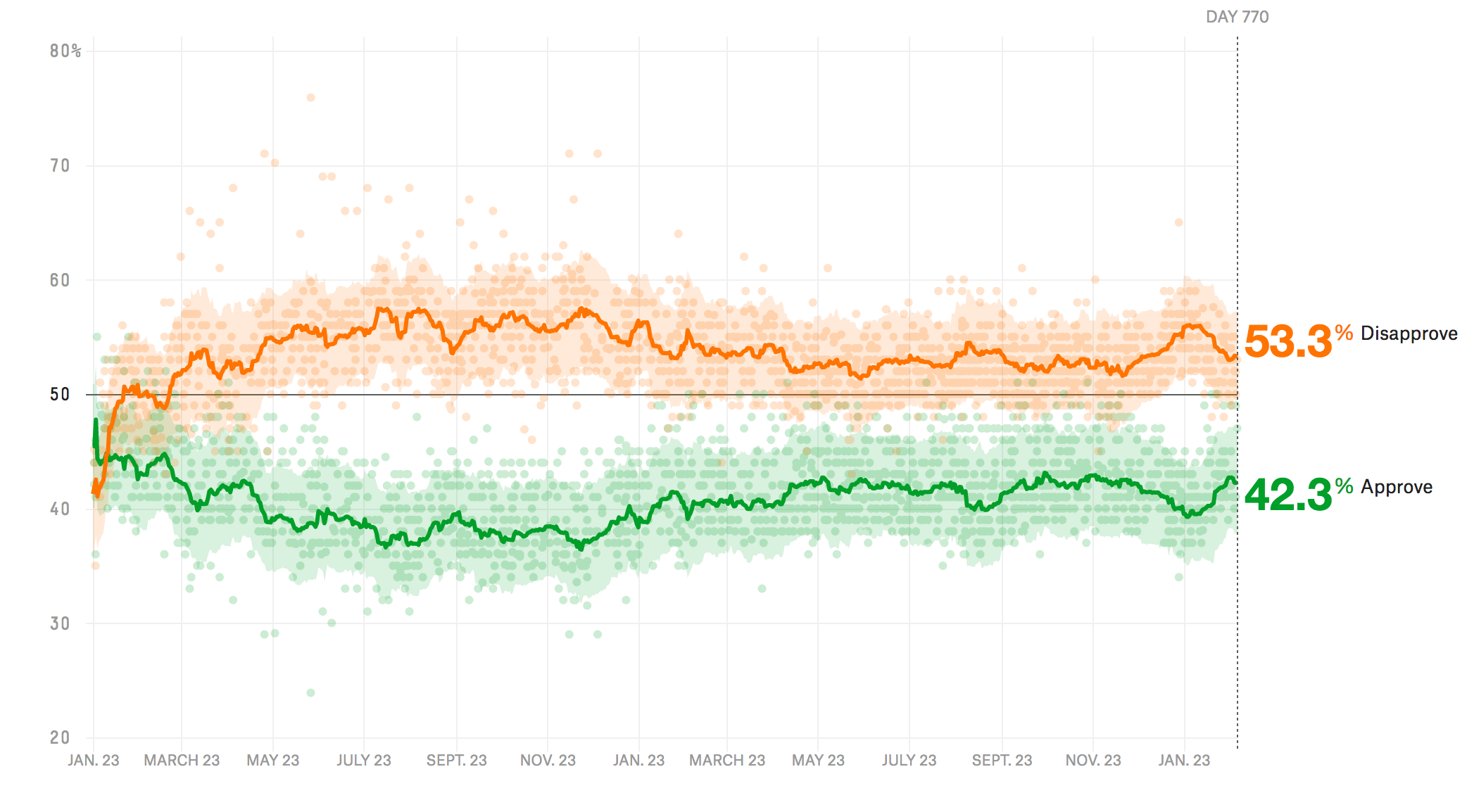