Freshman Rep. Alexandria Ocasio-Cortez recently captured headlines in her “60 Minutes” interview when she said the U.S. should raise taxes on a portion of the income made by America’s top earners; the idea is that once a person had made at least $10 million in a single year, every dollar coming in after that would be taxed at a rate of up to 70 percent. Many have dismissed the idea, saying it would be too radical and would damage the economy. But the Democratic representative from New York might have hit on something voters want.

A new poll from The Hill and Harris X found that 59 percent of registered voters supported imposing a 70 percent tax rate on every dollar over the 10 millionth a person earns in a year. (Tax rates that apply only to income over a certain threshold are called marginal tax rates.) The idea even received bipartisan support: 71 percent of Democrats, 60 percent of independents and 45 percent of Republicans said they were in favor. In contrast, the Republican overhaul of the tax law that President Trump signed in 2017 — which decreased the marginal tax rate from 39.6 percent to 37 percent on married couples earning over $600,000 — has far less public support. A September Gallup poll found that only 39 percent of Americans approved of it.

It’s perhaps not surprising that Americans would support higher taxes on top earners given that tax rates on high income brackets were once much higher than they are today. The top marginal tax rate was as high as 94 percent in the 1940s, and throughout the 1970s, Americans in the top income bracket (which in 1970 was $200,000 and above, or about $1.3 million in today’s money) were taxed at a 70 percent rate, according to the Tax Policy Center. It wasn’t until 1981, when Congress and President Ronald Reagan implemented one of the largest tax cuts since World War II, that the top marginal tax rate fell to 50 percent. Over the course of Reagan’s term, tax reforms eventually cut the top marginal tax rate down to 28 percent. 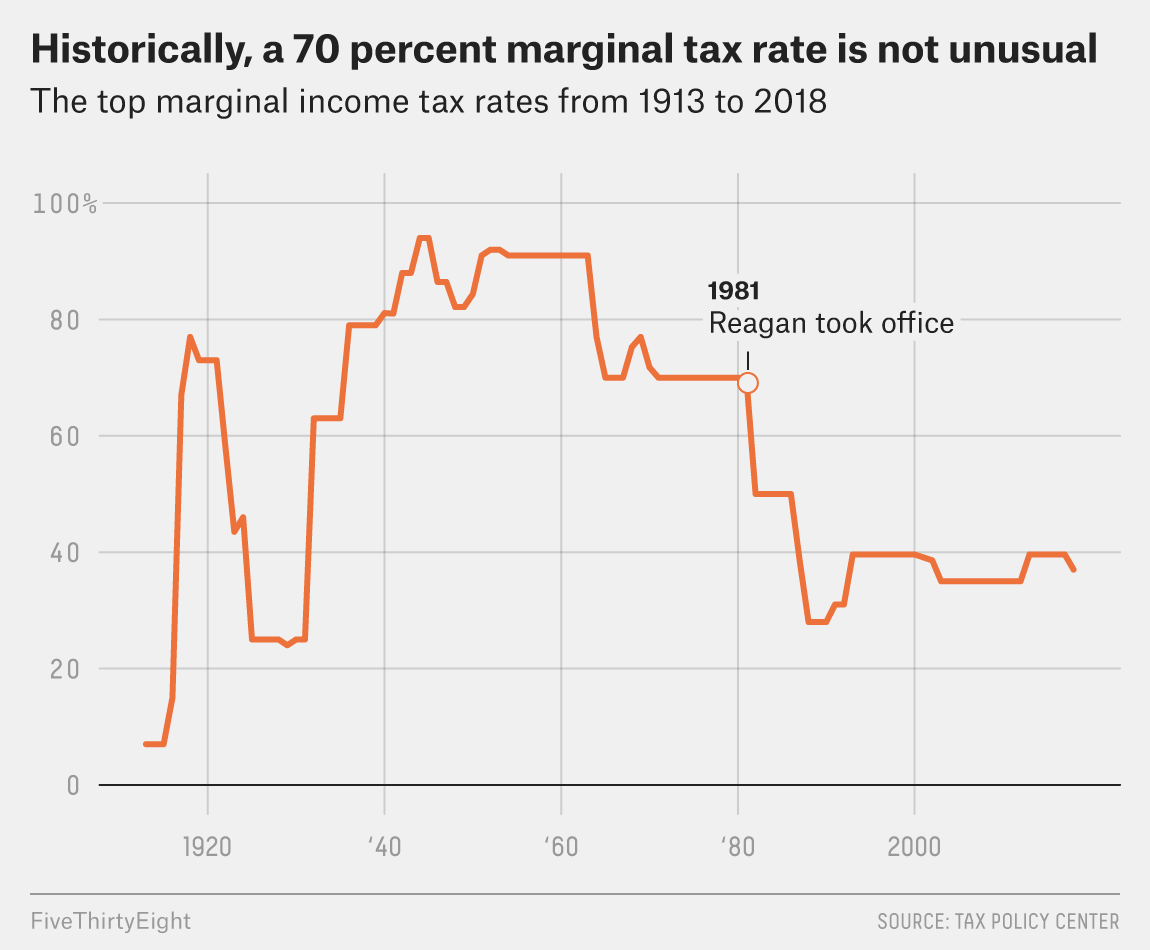 Wanting the wealthy to pay more in taxes isn’t a new idea to American politics either. According to a Gallup poll from 2016, since 1992, Americans have largely felt that upper-income earners don’t pay enough in taxes. For the last quarter century, a majority of Americans — between 55 percent and 77 percent — have believed that top earners pay too little. And a 2017 Ipsos/Reuters poll found that 3 in 4 Americans said that wealthier Americans should pay more in taxes.

Ocasio-Cortez has not made any official policy proposal for a higher marginal tax rate, but she is already shaping the national conversation on economic policy ahead of the 2020 elections. Former Housing and Urban Development Secretary Julian Castro, who recently announced a presidential run, has already endorsed Ocasio-Cortez’s tax hike proposal in an interview with ABC News. And while it’s still too early to know for sure, 2020 Democratic hopefuls looking to appeal to The Left may soon follow suit. 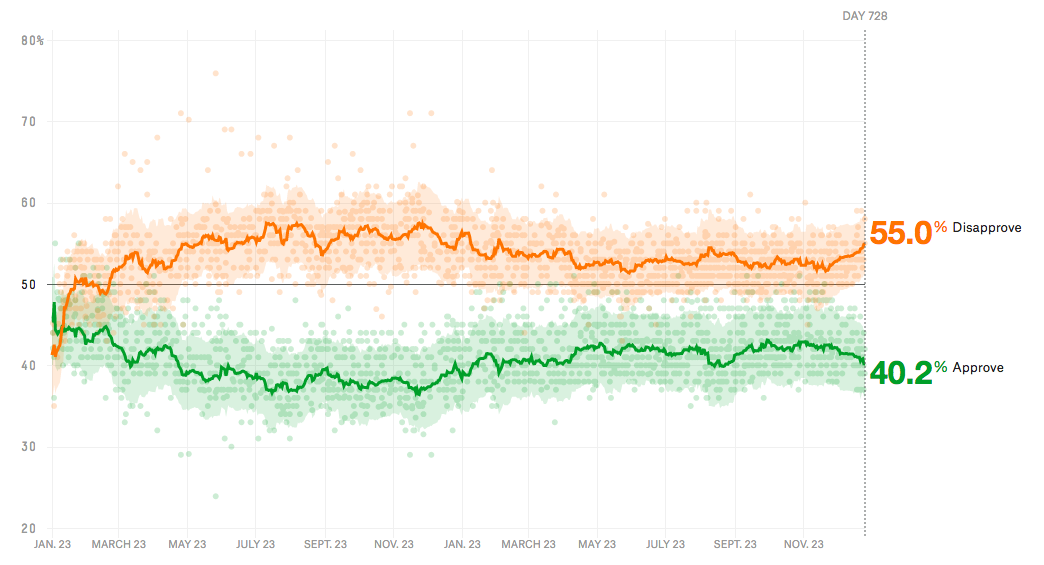