Last year at this time, Al Horford’s team was finishing up a dismal season, closed out by losing 23 of its final 25 games and securing a lottery spot. Through that entire ugly stretch for Oklahoma City, Horford sat on the bench.

While the tanking Thunder didn’t want Horford’s leadership, the Boston Celtics  — currently tied with the Miami Heat at two games apiece in the Eastern Conference finals — have thrived on it since the 15-year veteran returned to the franchise. As team cornerstones Jayson Tatum, Jaylen Brown and Marcus Smart have found their strides, Horford has offered a steady hand.

Despite missing Game 1 of the conference finals in health and safety protocols, the 35-year old Horford trails only the 20-somethings Tatum and Brown for the team lead in playoff minutes. And his 36.3 minutes per game this postseason have him on pace for his highest average over a single playoff run since 2013.

Though his scoring average this regular season was at its lowest since his rookie year, Horford has filled crucial gaps during the Celtics’ ongoing title bid. He has been particularly invaluable when stepping in for starting center Robert Williams III, who has appeared in only eight games since spraining his knee on March 27.

Horford’s biggest impact has come on defense. He’s held opponents to an effective field-goal percentage of 43.1 percent during the playoffs, 4.6 percentage points below expected, while defending 291 total shot attempts — by far the most on the team. In the playoffs, Horford trails only Grant Williams for the team lead in closeouts and is fourth among 103 qualified defenders1 in field-goal percentage allowed from the paint.

After Miami’s Bam Adebayo erupted for 31 points in Game 3, Horford put the clamps on the big man in Monday’s Game 4. Horford faced Adebayo in 25 half-court offensive possessions for the Heat, most among Celtics defenders, and limited him to just 2 points on those matchups. Bam went just 3-for-5 from the field during the game, and the primary defender on both of the misses was — you guessed it — Horford.

All told, Boston on Monday held Miami’s starting lineup to only 18 points, marking the lowest total for any playoff team’s starters since the 1976 ABA-NBA merger. The Celtics offered no clean looks to the basket, cut their turnovers by more than half from the prior outing (from 24 to 11) and maintained an aggressive defense without fouling. Only 28 of the Heat’s points came in the paint, tied for their lowest single-game output of this postseason. 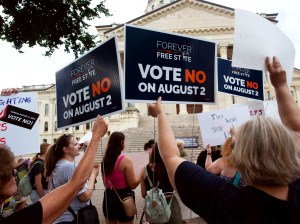 And Horford was in the middle of all of it, swatting away shots and forcing Miami’s play-makers into awkward attempts, like this missed layup on a breakaway from Jimmy Butler:

Horford has also been a monster on the glass for the Celtics, leading both teams in this series with 10.0 rebounds per game. Entering Game 5, Boston’s elder statesman is the only player in either conference finals series averaging a double-double. He’s trailing only Giannis Antetokounmpo and Luka Dončić in total rebounds this postseason, with 133 in 14 games (including 13 in 33 minutes played Monday night). Boston holds a +29 advantage in rebounding through four games against the Heat.

Whether he is contesting or rebounding shots, Horford has done a solid job raising Boston’s defensive floor when Williams has been on the bench. The Celtics maintain a net rating well above 20 over an 84-minute sample size with Horford but without Williams, per NBA Advanced Stats. In those minutes, Boston is holding Miami to an effective field-goal percentage of 49 percent, below even the Celtics’ league-best regular-season mark.

Horford is the only player on Boston’s roster with more than seven years of NBA experience, and he has been called upon in critical moments throughout these playoffs. In the Celtics’ seven-game classic against the defending champions, the Milwaukee Bucks collectively had an effective field-goal percentage of just 40.8 with Horford as the closest defender.

The team has been effusive in its praise of Horford’s steady presence, allowing them to ride postseason peaks and valleys.

“He’s been a calming influence throughout the whole year,” Celtics coach Ime Udoka said after Horford scored a playoff-career-high 30 points in Game 4 of that Bucks series. “A veteran who’s been there, done that on a lot of playoff teams that have gotten really far and made really big runs, so he was the veteran of our group … who’s done that all year. We know he’s been great throughout training camp, early in the season, he’s carried that in the playoffs — and he’s almost taken another step in the playoffs.”

Horford’s 30-point outing that night helped Boston spark its series comeback and placed Horford behind only John Havlicek as the oldest Celtic to record a 30-point playoff game. It was Horford’s first time reaching the 30-point mark in any NBA game since November 2019, during his lone season with the Philadelphia 76ers, where Udoka worked as an assistant coach.

Though such a performance remains anomalous, it does illustrate Horford’s penchant for filling in any gap his team needs. His 49.2 percent 3-point shooting in the playoffs is third this postseason among players with at least 20 attempts. That’s been key for Boston’s balance on offense, given the driving prowess of Tatum, Brown and Smart.

Horford’s willingness to do whatever Boston needs is never lost on his teammates, especially as the conference finals is now a best-of-three series. A year after his leadership was shunned by an inexperienced team, Horford’s Celtics now live for it.

“Al is our leader,” Tatum said after Game 4. “I’ve been fortunate to have Al as a teammate for three years. He’s been great for me and my development — just the ultimate professional. So it’s no surprise how he takes care of himself and how he performs in big games.”

James Jackson is a Florida A&M graduate from South Florida. He has covered the NBA since 2014 with stops at ESPN and other platforms. He firmly believes a good baseline fadeaway can solve just about any problem. @JamesLamarJ