On Friday, two female journalists were shot in Afghanistan while sitting in a car, leaving one, Anja Niedringhaus, dead, and the other, Kathy Gannon, wounded. Niedringhaus will be added to a database created by the Committee to Protect Journalists (CPJ) that includes detailed records on journalist fatalities since 1992.

The circumstances and motives of Friday’s shootings, like many other attacks against journalists, are unclear. Part of the value of CPJ’s database is that staff members investigate and verify each death. Their research provides valuable context on the latest attacks.

If the motive of Niedringhaus’ killing is confirmed as work-related, she will be the second journalist targeted and killed in Afghanistan in 2014, bringing the total to 26 since 1992. The CPJ has a separate list of deaths for which the motive was unconfirmed. 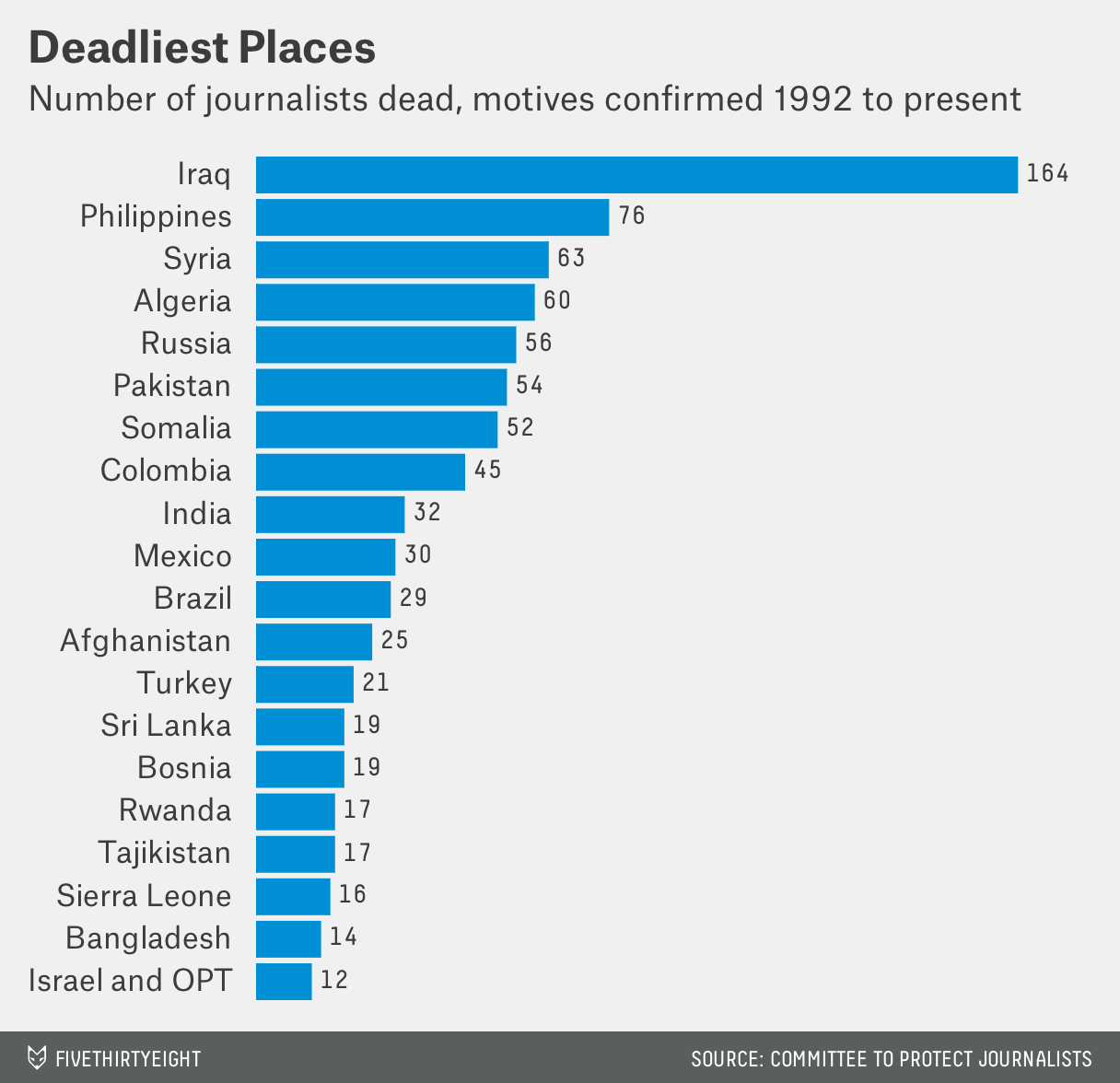 The CPJ has documented 1,053 motivated killings since 1992, 164 of which have taken place in Iraq. Conflict affects many of the countries that appear in the list above, so it’s not surprising that 36 percent of the journalists killed since 1992 were covering a war. Last year alone, 28 journalists were killed in Syria, where a civil war has raged since 2011. Syria surpassed Iraq as the most dangerous country to work as a journalist in 2013.

The CPJ’s data also shows the roles held by the victims (some held multiple roles). A photographer (Niedringhaus) and reporter (Gannon) were involved in Friday’s shooting. 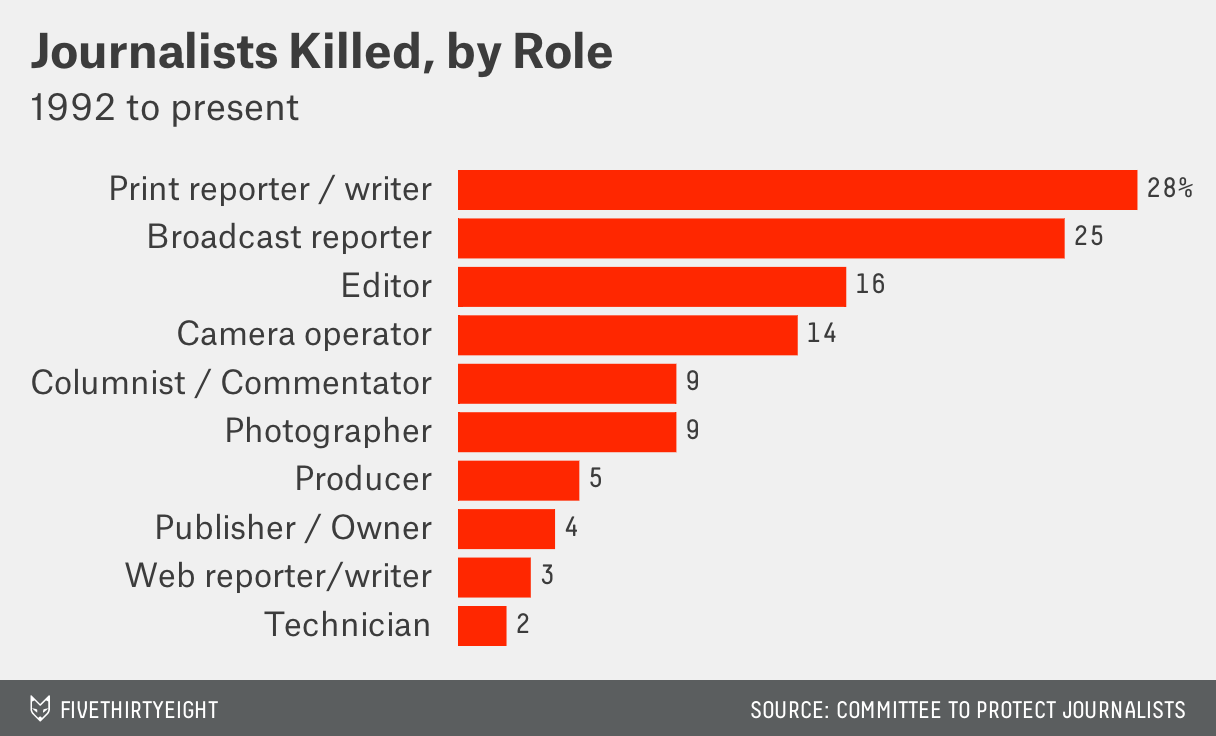 The fact that both journalists attacked Friday were women has been noted in many headlines. The data shows that Niedringhaus’ death was unusual in so far as only 6 percent of journalists killed since 1992 were women (in Afghanistan, that fraction rises to 20 percent). But to understand whether female journalists face disproportionate risks, we would need to know the overall gender split of media workers in those countries. That’s data that, for now, we don’t have.

Another aspect of Friday’s attack mentioned in headlines was that both journalists were Western. The CPJ’s data shows that since 1992, 68 percent of the journalists killed in Afghanistan were foreigners. Globally, 88 percent of journalists killed were locals. We would need to know the fraction of local and foreign journalists working in each country to understand whether Western workers are more vulnerable to attack.

An AP Television freelancer who was an eyewitness reported that the victims were shot by an Afghan police officer. The CPJ shows that 67 percent of journalist deaths internationally have been murders (the rest being attributable to dangerous assignments or crossfire). In the cases of murder, the suspected source of fire was most frequently political groups (30 percent), followed by government officials (23 percent). By contrast, in Afghanistan, paramilitary groups have been responsible for 1 in 3 journalists’ deaths.

CORRECTION (April 4, 1:39 p.m.): An earlier version of this post, in one instance, said both journalists were killed Friday. Only one was killed.