On Thursday, on New York City’s Upper East Side, a blow was struck for gender equality. A Georgia O’Keeffe painting, “Jimson Weed/White Flower No. 1,” was sold at Sotheby’s for $44.4 million — a world record. It’s the highest price ever paid at auction for a work of art by a woman, nearly quadrupling the old mark.

An untitled painting by Joan Mitchell held the record prior. It sold at Christie’s for $11.9 million in May. 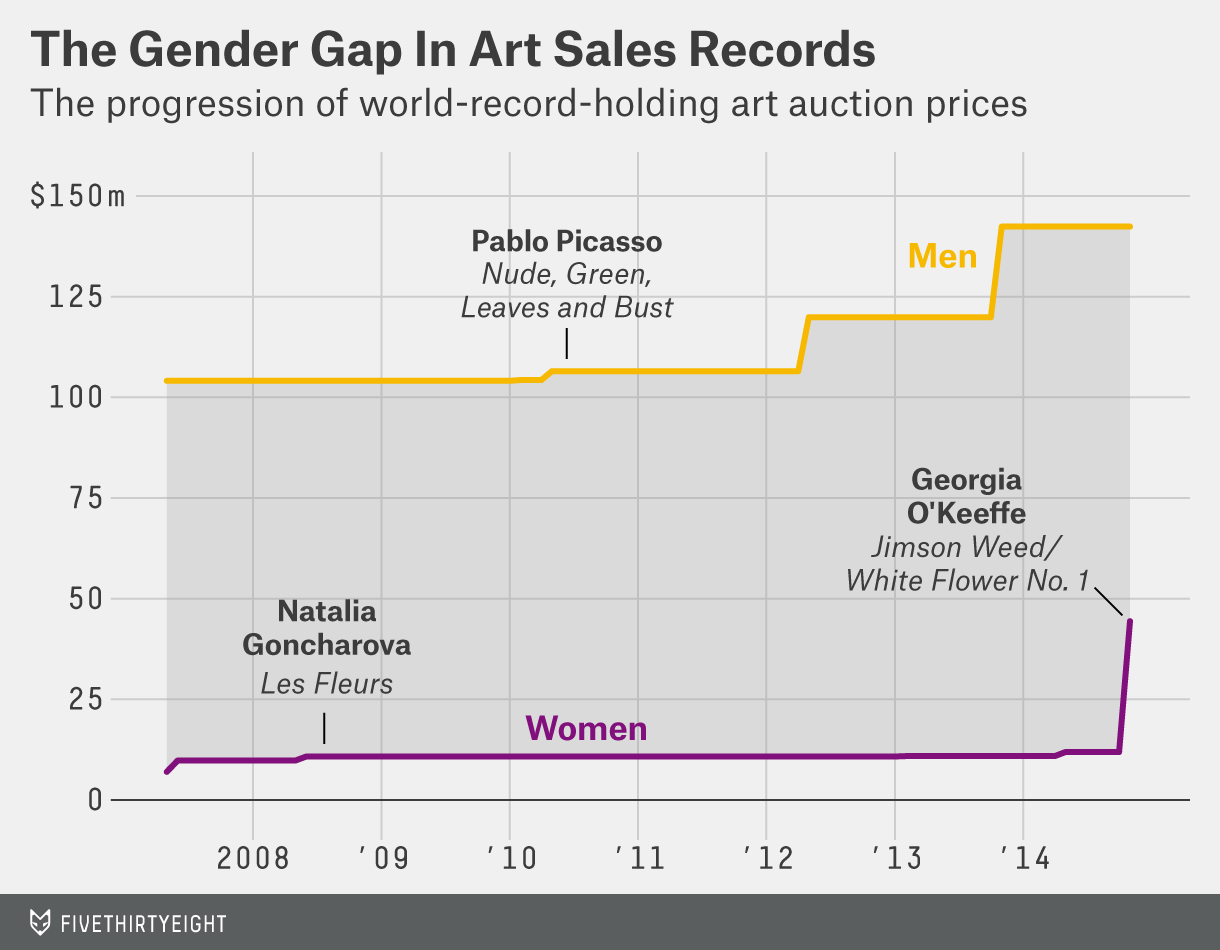 Private art sales data is murky, and almost never readily available, so I relied on public information from the major auction houses. (Note that all the prices cited here are the hammer price plus a buyer’s premium.) Using a few sources — LexisNexis news queries and Sotheby’s and Christie’s websites — I charted the progression of the world record sale for male and female artists at auction over the past several years.

The inequality is still enormous — the difference between the Bacon and the O’Keeffe records is nearly $100 million, or roughly one Giacometti sculpture. But Thursday’s sale did shrink it by a quarter.

The art market is booming — Christie’s and Sotheby’s alone sold $1.78 billion-with-a-B worth of art in one week this month. The Bacons and Warhols and Richters and Koonses of the world routinely make headlines. Perhaps Thursday’s news out of Sotheby’s augurs well for the O’Keeffes, Mitchells, Shermans and Kusamas, too.