The three biggest commercial aviation disasters of 2014 — which include the AirAsia plane that was found in the Karimata Strait off Borneo on Tuesday with all 162 people aboard presumed dead — all involved airlines with solid flying records, in a region with an above-average safety record, in an industry that had been getting safer. That makes them all the more surprising.

Between 2010 and 2013, scheduled commercial flying was getting safer — fast. The number of accidents fell from 118 in 2011 to 90 in 2013, according to the International Civil Aviation Organization (ICAO), a Montreal-based United Nations agency that tracks global air safety. Fatal accidents fell from 16 to nine. Fatalities fell even faster: from 626 in 2010 to 173 last year. Data from the International Air Transport Association and the Bureau of Aircraft Accidents Archives (which includes private flights) shows a similar downward trend. This year has reversed that trend drastically, particularly if we count the 239 people on board the Malaysia Airlines Flight 370 that vanished in March. 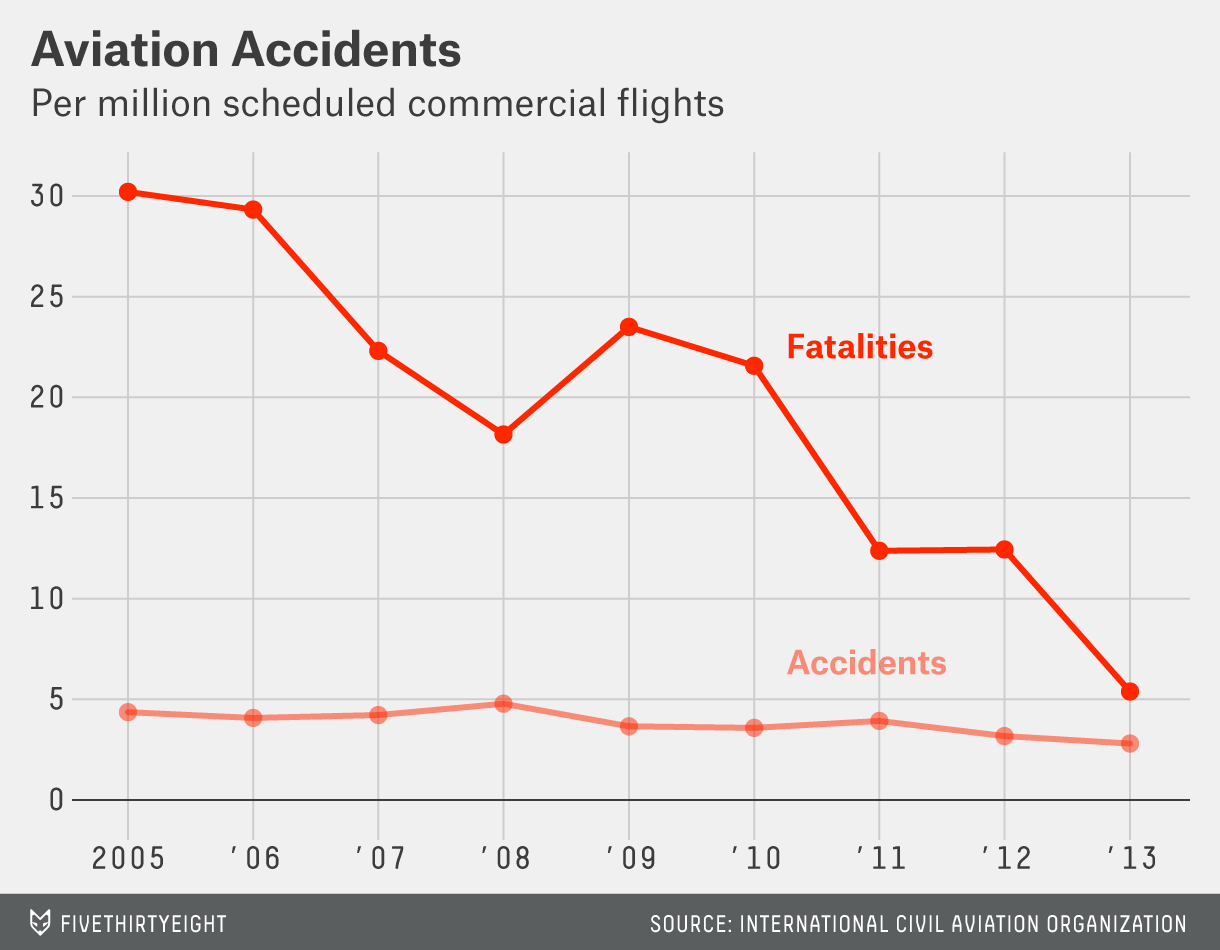 Flights originating in Asia have been even less likely than the typical commercial flight to be involved in an accident. Last year, the Asia Pacific region — which includes Asia, Oceania and Pacific islands — had 27 percent of scheduled commercial air traffic but 21 percent of accidents, according to the ICAO. Between 2010 and 2012, the ICAO split up regions differently, separating Asia from Oceania. During that period, 26 percent of flights originated in Asia, but just 20 percent of flights that had accidents did. 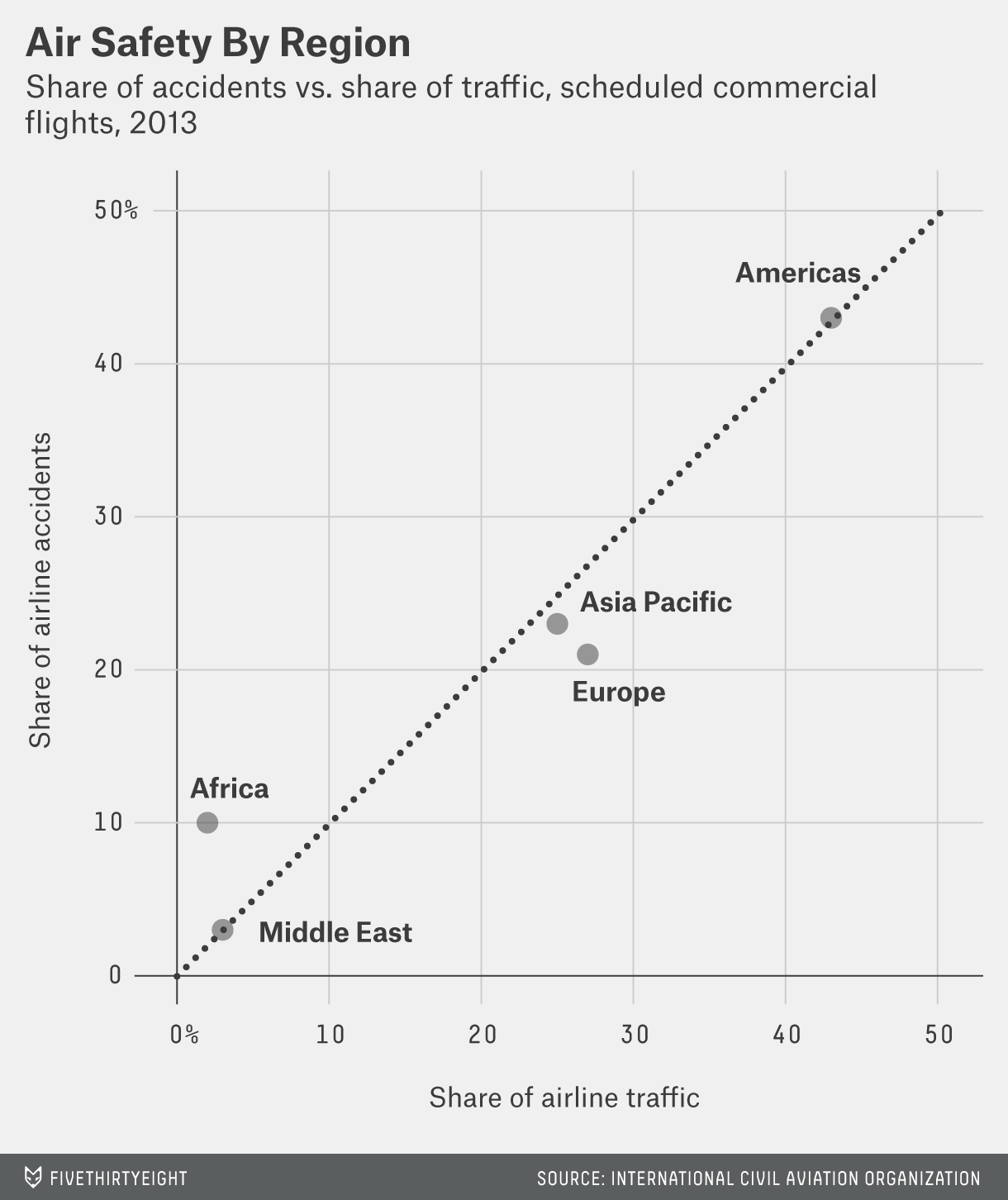 There were troubling indicators in the stats about Asian aviation safety, though. Last year, 28 percent of air fatalities occurred on flights originating in Asia Pacific, though the region had only 27 percent of all commercial flights. The same held the year before in Asia. The ICAO doesn’t break down annual fatalities by region before 2012 in its annual reports, but Asia-originating flights’ share of fatal accidents from 2010 to 2012 was 34 percent, higher than the 26 percent share of flights. The sample is small: just 15 fatal accidents in Asia over the three years.

A lack of solid numbers complicates the analysis of air safety. Organizations define accidents differently, with some crashes counting in some tallies but not others. The ICAO’s counts change from report to report — annual counts of scheduled commercial accidents and fatalities for each year from 2009 to 2012 differed between 2013 and 2014 reports. Country-level stats also aren’t always clear. The 2013 and 2014 reports from the ICAO list both Indonesia and Malaysia as having scored above average on safety audits. But a tool on the ICAO website shows Indonesia scoring below the global average in every category. An ICAO spokesman said the agency’s “agreements with its States preclude us commenting on or sharing specific” audit scores.