To mark the opening of “The Amazing Spider-Man 2” last week, I examined the ludicrously high rate of workplace accidents in superhero movies, compiling a tentative list of movies that had a key character acquire superpowers from an egregious violation of safe workplace and/or laboratory practices. Some cases were debatable, so I asked readers to weigh in.

After a remarkable amount of crowdsourced review, here’s a table of the top 25 grossing superhero movies, according to Box Office Mojo, that notes whether they contain a superhero or villain who acquired powers from a workplace incident: 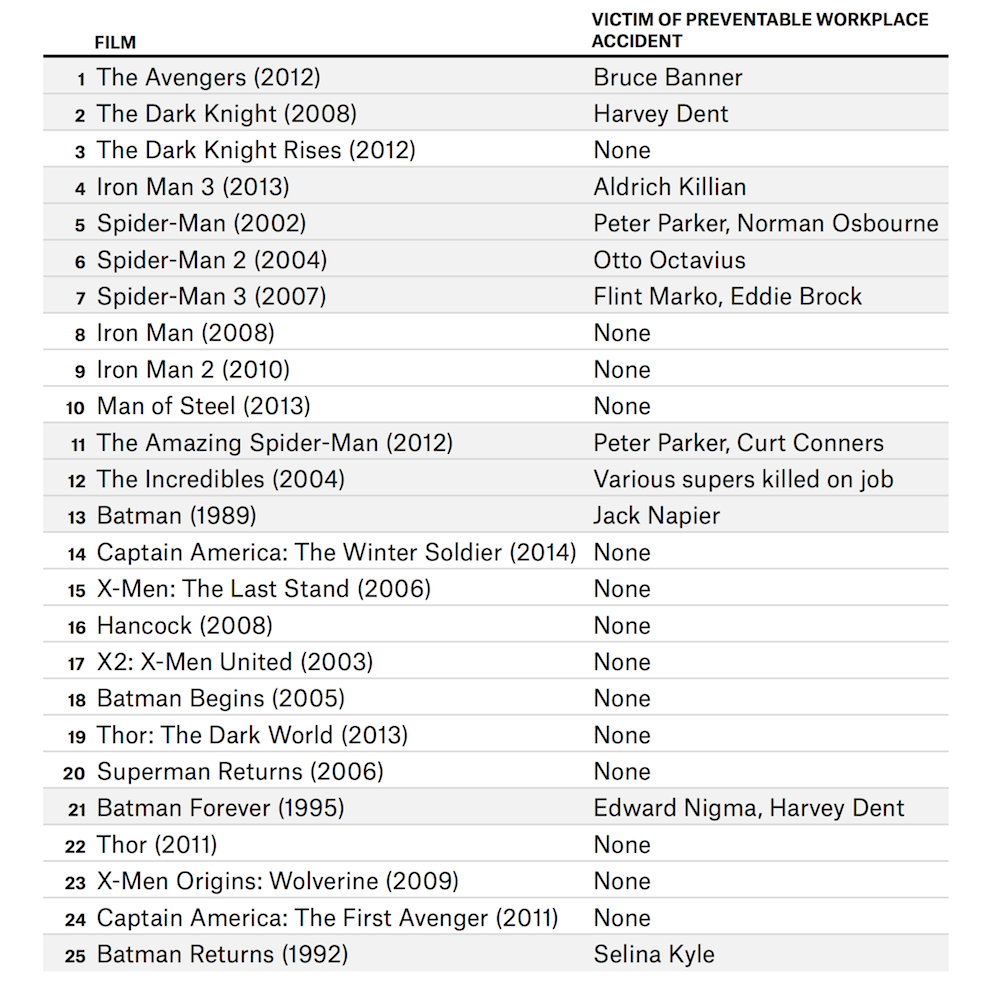 And here are some films that weren’t among the top 25 but that still prominently feature an individual gifted with powers as a result of a workplace injury: 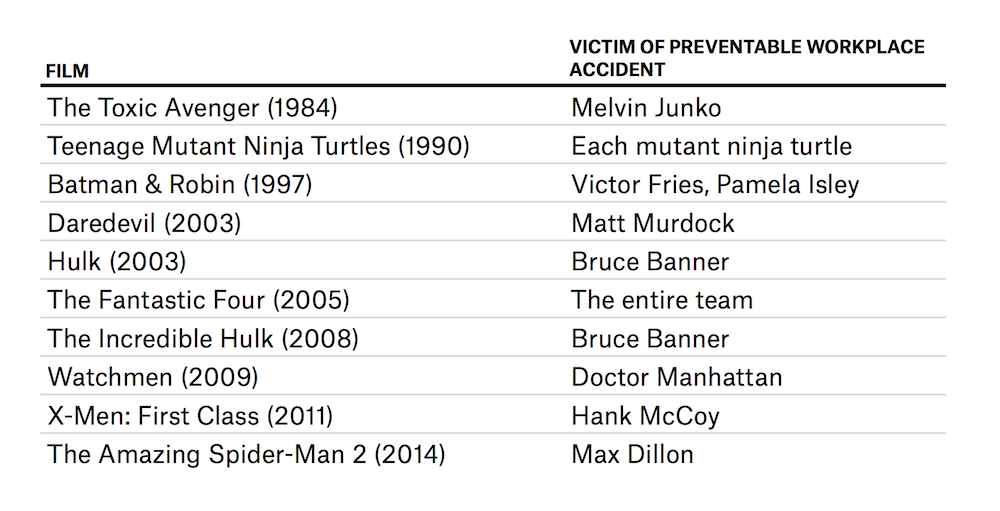 We’re obviously having some fun with this, but outside of superhero movies, workplace safety is an important issue. In 2012, the Bureau of Labor Statistics reported, there were 3 million nonfatal workplace injuries and illnesses in the private sector, or 3.4 cases per 100 full-time workers. Injuries so severe that they resulted in days away from work, changed jobs or other restrictions on work affected 1.8 workers for every 100 on the job. There were 4,175 worker fatalities in 2012, about 3.2 for every 100,000 workers.