I’ve been working with NPR to discuss a number of the week. This time, it’s 37 million — the number of users of Ashley Madison, an online dating site for married people looking for an affair. Last Sunday, those users were presumably pretty stressed out to learn that the website had been hacked by individuals threatening to release their personal data. The news got us thinking about cheating — more specifically, how many people do it and who the most likely culprits are.

With NPR’s Weekend Edition team, I discussed several studies that reveal how infidelity varies by gender, age and sexual personality type. It’s not just behavior that varies, though — attitudes toward cheating have changed over time, too. Since 1973, the National Opinion Research Center at the University of Chicago has asked people what they think about extramarital sex. The share of people who think it’s always wrong has gone up by 10 percentage points, to 81 percent in 2012. There is a clear gender gap in attitudes: Women are more likely than men to say it’s always wrong to have sex with someone other than one’s spouse. 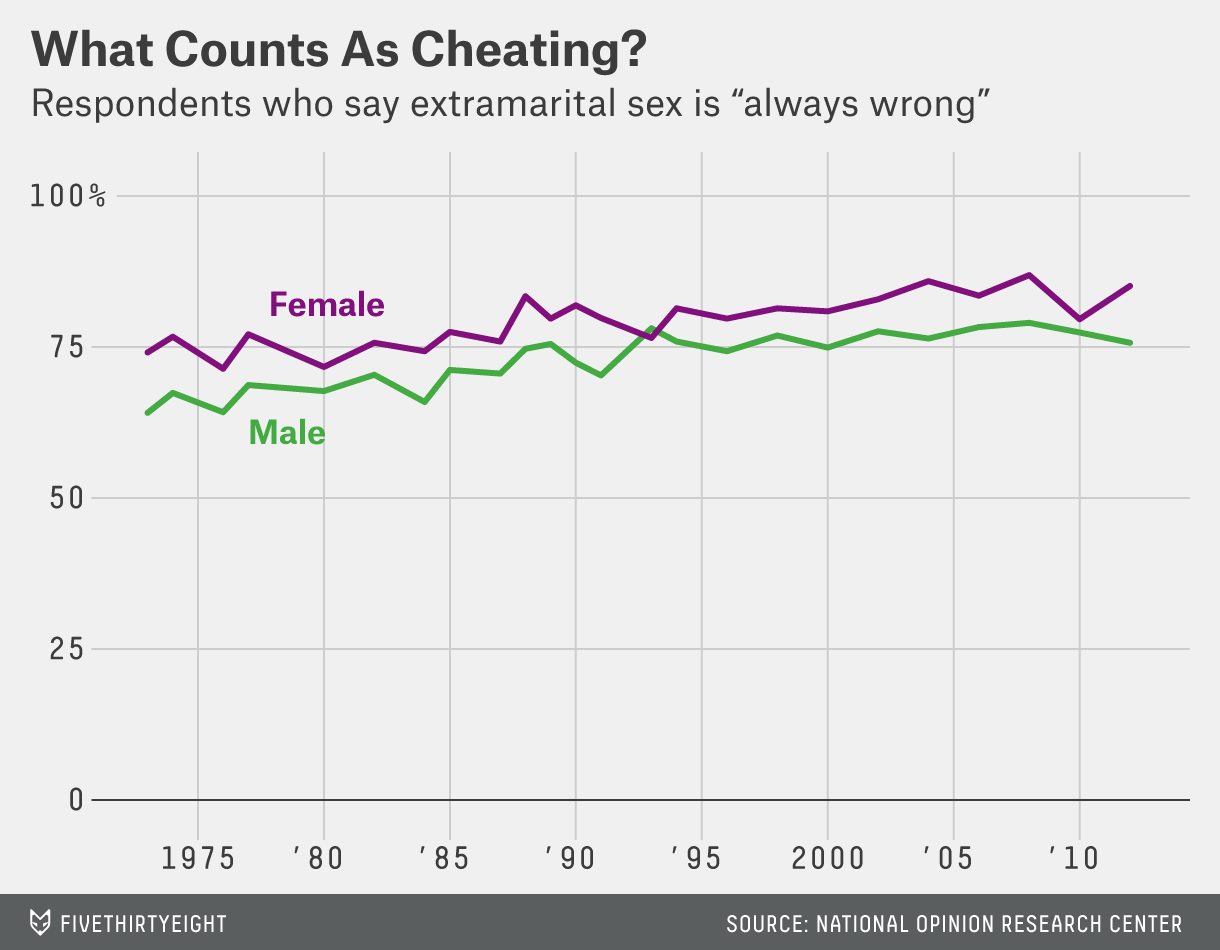 Listen to the segment above for the full story.