I’ve been working with NPR to discuss a number of the week. This time it’s 280,000 — that’s the number of requests individuals in Europe have made to Google so far asking the company to remove certain web pages from its search results.

The number of requests has been consistently climbing since May 2014, when the European Court of Justice ruled that an Internet search engine has to consider such requests from a person about search results related to that person’s name.

My colleague Dhrumil Mehta scraped the page where Google publishes its annual transparency report to see how the number of requests has changed over time (see the chart below). That helped us to confirm research from The Guardian this week that showed more than 95 percent of requests made up until March of this year came from members of the general public concerned about how Google search results affect their privacy. 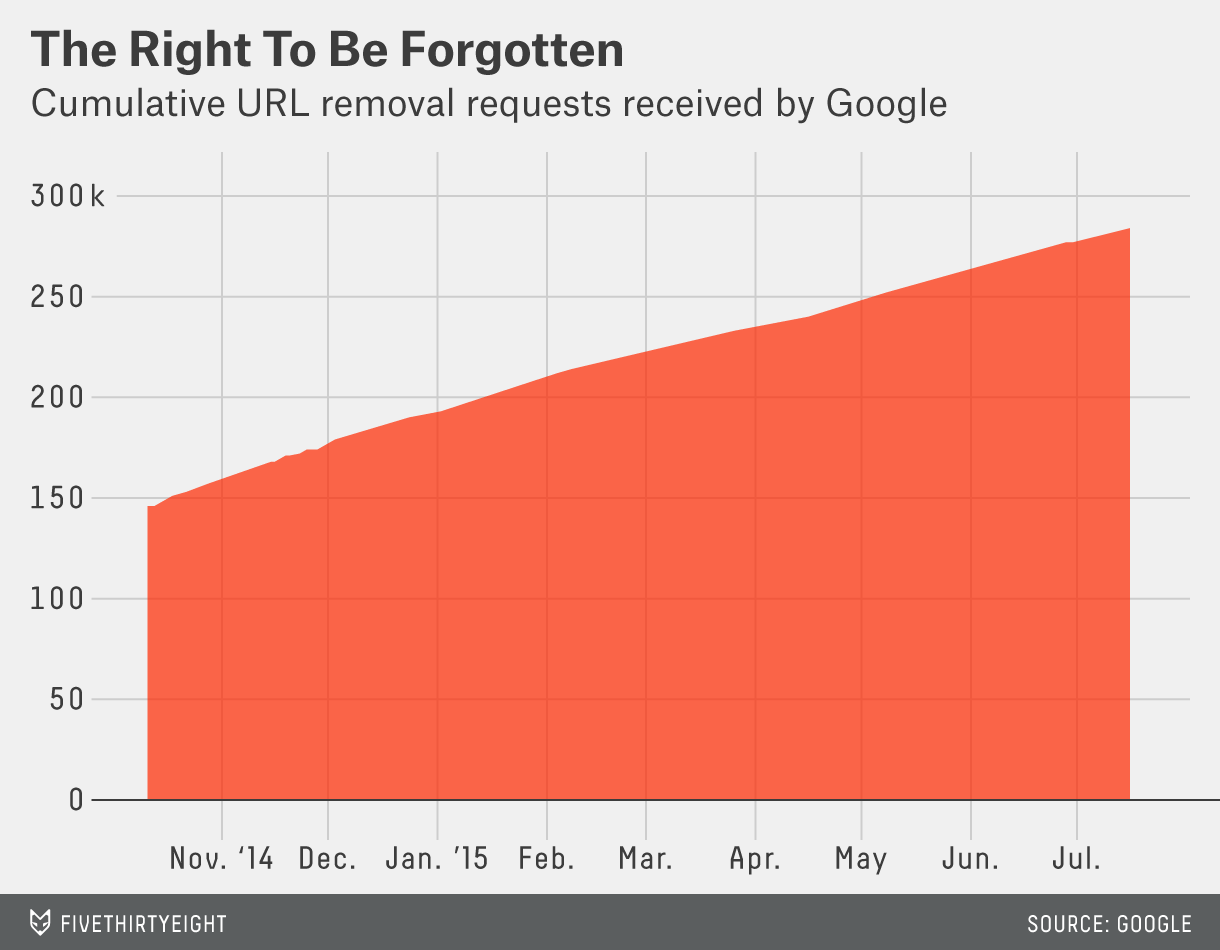 That means the vast majority of removal requests haven’t come from criminals or high-ranking politicians, despite the sort of scandalous stories that have dominated the debate on what’s become known as “the right to be forgotten.”

I described the requests people are making to Google to NPR’s “Weekend Edition” team and tried to explain why the policy is so controversial. You can listen to the segment above.