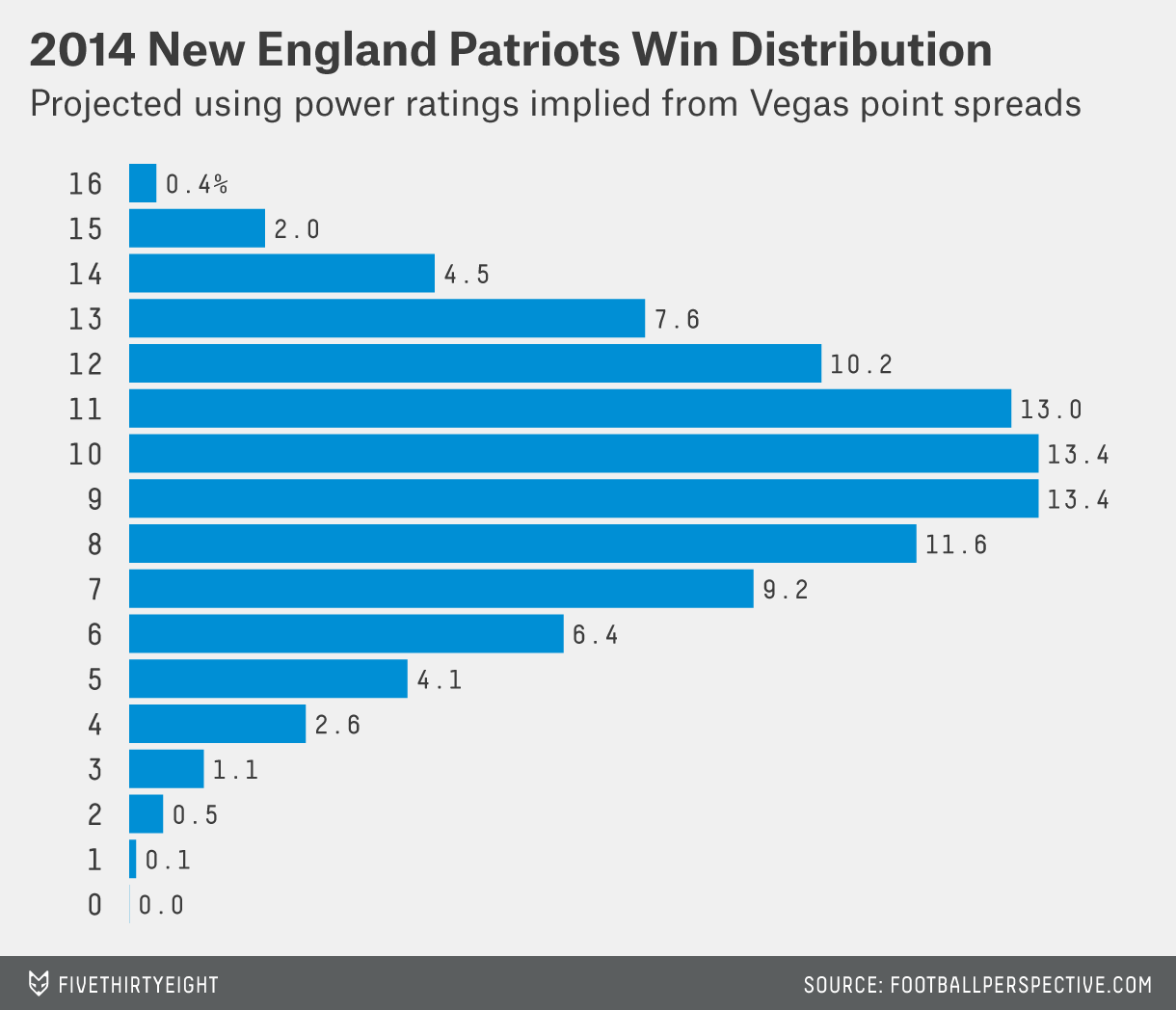 As long as Tom Brady has been the Patriots’ starter, the Patriots have been the AFC East’s boss. Over the last decade, they have won the division every season except 2008, the one that saw Brady miss significant time because of injury. It’s tempting to note that correlation and call it a day, figuring that as Brady goes so go the Patriots. But it isn’t that simple. It’s the Patriots’ running game, too.

If we exclude the Brady-less season of 2008, the Patriots’ median seasonal rank in rushing since 2004 is fourth. Only the Philadelphia Eagles have done as well in the rush in that period.

You could argue that the Patriots have had such a strong rushing game because their excellent passing game helps set it up. But the numbers suggest their rushing game has outperformed expectation, even when taking into account a strong passing game.

A team can’t be as good for as long as the Patriots have been based on one player alone. The running game has been an important piece of the Patriots’ success, just as Brady has. 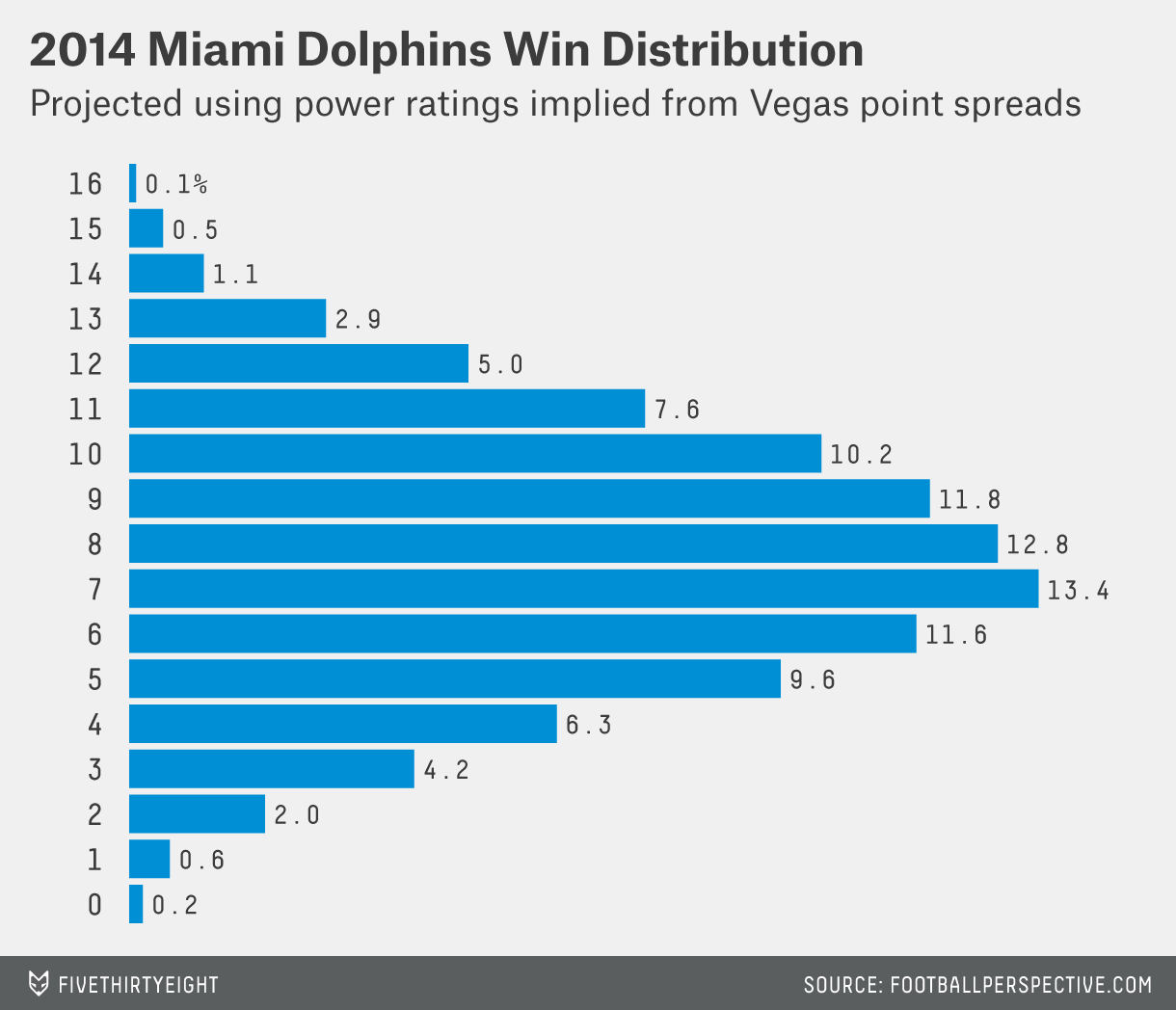 The Dolphins go through so many coaches so quickly that it’s tough to keep track of who’s holding the clipboard in any given season. These days, that unlucky title belongs to Joe Philbin, who’s starting his third season as head coach, but may not be in Miami much longer.

Since 2004, the Dolphins have had seven head coaches: Dave Wannstedt, Jim Bates, Nick Saban, Cam Cameron, Tony Sparano, Todd Bowles and Philbin, and none has lasted longer than four seasons. That’s double the number of coaches the team had in the first 34 years of the franchise.

Why is Miami such an outlier? It’s tough to say — Miami ownership was quick to fire some coaches (Cameron) but others have resigned (Saban and Wannstedt). It hasn’t helped that Miami’s been bad for so long. If the Vegas odds are to be believed, the Dolphins will not finish above .500 this season. That would probably mean the end of the Philbin era in Miami and bring in the eighth head coach since 2004. 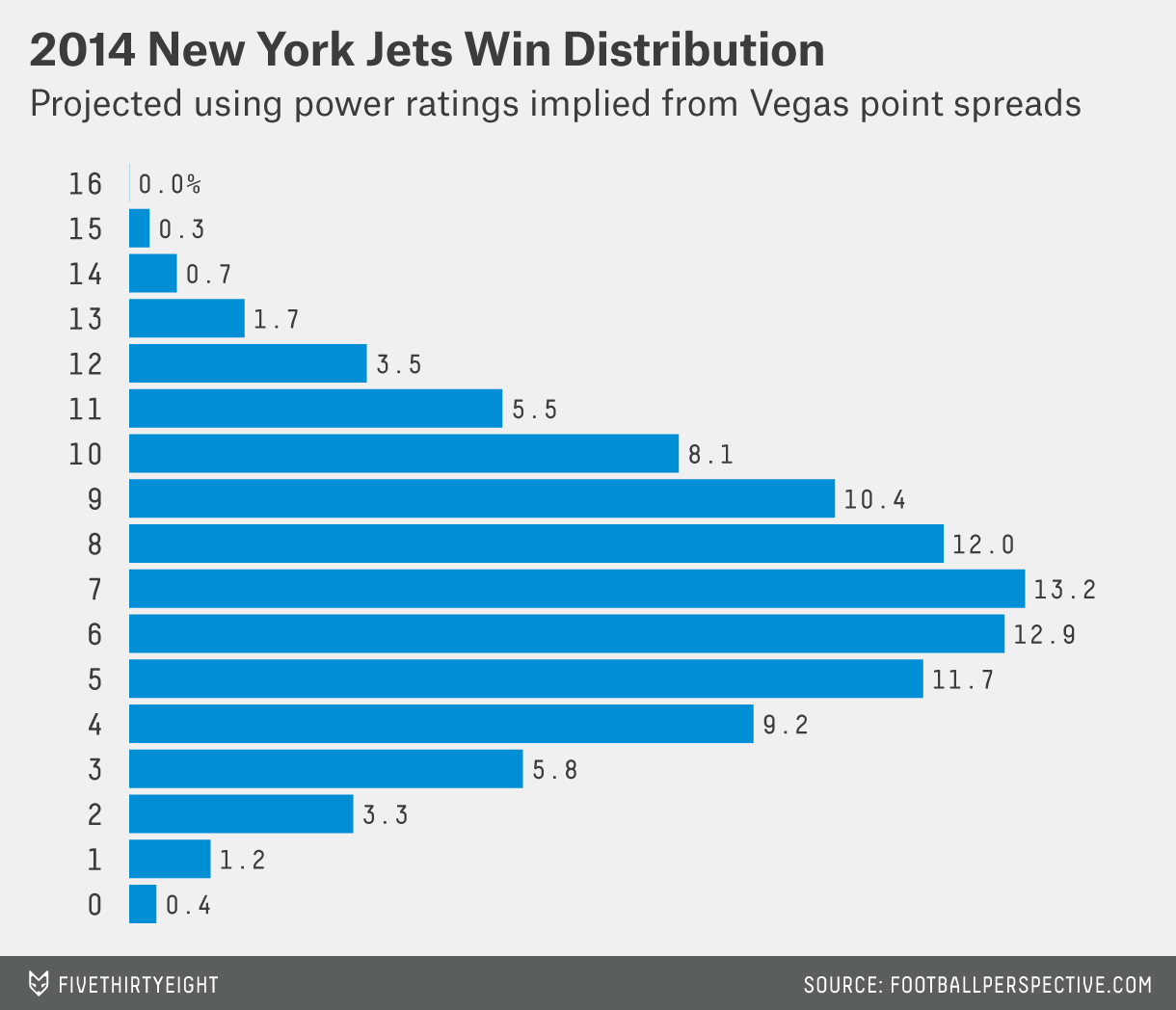 Five of the eight Jets victories last year were by a touchdown or less, and none was by greater than 13 points. That’s unusual — point differential tends to be fairly predictive of a team’s record. As in baseball, we can calculate a Pythagorean win total for each team that indicates how many games it should have won based off its point differential over the season.

My colleague Neil Paine did so in 2013 and recently updated his work by controlling for a team’s strength of schedule. According to his formula, the Jets should have won only 5.3 games last year, 2.7 wins fewer than they actually picked up. That makes the Jets a clear outlier — one that twice exceeded the standard error of estimate. Since the NFL-AFL merger in 1970, teams outperformed their Pythagorean win total by as much as the Jets did last year only 32 times.

Such unexpected performance in one season has been somewhat useful in helping to predict the next. For the aforementioned 32 teams that outperformed expectation, the median win total the next season was 3.0 wins lower than it was the prior season. That’s very close to the 3.2 fewer wins that the Pythagorean win total suggested these teams should have had in the prior year. Only one team of the 32 actually saw its win total increase from the prior year.

The Jets can potentially take comfort in the performance of the 2013 Indianapolis Colts. The Colts were able to win 11 games in 2013, even though the 2012 Colts finished five wins better than their Pythagorean win total suggested. And like the 2013 Colts, the 2014 Jets will be starting a second-year quarterback, Geno Smith.

I doubt, though, that many people would confuse Smith for Andrew Luck. 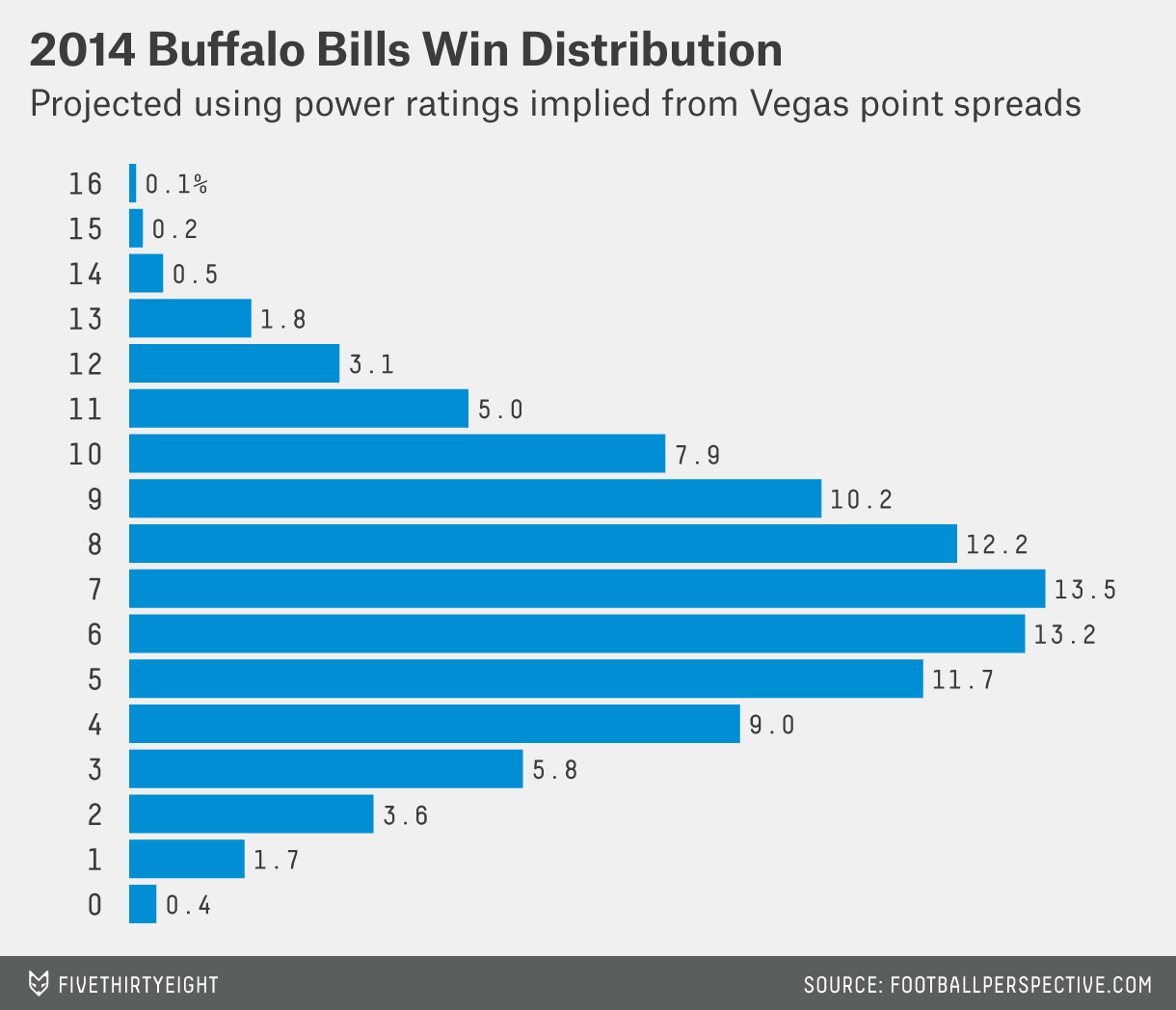 This season, the Bills try to end a 14-season playoff drought, the longest in the league. That’s what happens when a team hasn’t had a winning record in a decade.

To turn it around, the conventional wisdom holds, the team needs second-year quarterback E.J. Manuel to up his game. Last year, Manuel played in 10 games and had by most measures an average to somewhat below-average season. According to the adjusted net yards per attempt index, or ANY/A+,1 Manuel ranked 26th of the 33 quarterbacks who started at least eight games last season.

And while his 2013 campaign was just one season, it was in many ways emblematic of Buffalo’s longer-term woes. No team over the past 10 seasons has been as consistently bad when it drops back to pass as the Bills have been. Not one of the quarterbacks the Bills have trotted out for at least eight games since 2004 — Drew Bledsoe, Trent Edwards, Ryan Fitzpatrick, Kelly Holcomb and J.P. Losman — has had an ANY/A+ rating that ranked above 18th in the league.

Over that stretch, every other team in the league has managed to have at least one above-average quarterback. Sometimes it seems like the Bills have had more viable bidders to buy the franchise than they’ve had quarterbacks to lead it.