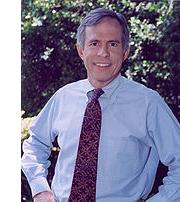 This was supposed to be a brief column on Parker Griffith’s defection to the GOP, but it’s turned into something a little more … involved. However, since we’ve been getting into the weeds a little bit lately on health care policy, I thought it was worth turning our focus back to our traditional political nerdery.

What makes a congressman valuable to his party? One fairly intuitive answer is that it’s someone who votes with his party on key pieces of legislation more often than a typical congressman from his district would.

I have, therefore, compiled roll call votes on ten key pieces of legislation — in my opinion, the ten most important pieces of legislation — that came before the House of Representatives this year. These items are: the stimulus package, the FY 2010 budget, the health care bill, the Stupak Amendment to the health care bill, the jobs bill, the financial regulation package, the cap-and-trade bill, the Fair Pay Act, the Guantanamo detainee transfer vote, and the Matthew Shepard Hate Crimes Prevention Act, which was attached to a defense appropriations bill. This is a little heavy on economic policy versus social policy or foreign policy, but that’s how the House’s agenda been this year. The Democrats won each of these votes in the House, except for the Stupak Amendment, although several of the policies have yet to pass the Senate.

This is pretty simple, really. Note that the method does not account directly for a congressman’s party. This is deliberate. It’s not proper, for instance, to compare Stephanie Herseth-Sandlin, the moderate congresswoman from South Dakota, to a typical Democrat, or even a typical Democrat in a conservative district, because if she were to retire, we can’t take for granted that a Democrat would replace her. In fact, in South Dakota, she would probably be replaced by a Republican. Is Herseth-Sandlin — even though she breaks with her party somewhat frequently — more valuable to the Democrats than a typical congressman from South Dakota would be? That’s what we’re trying to get at.

Abstentions and votes of present are not counted as either positives or negatives. I also threw out a handful of “liberal no” votes; this is a situation where a congressman opposes a policy from the left when most of the opposition comes from the right. The liberal nos I identified were: Kucinich and Kaptur on financial regulation, Kucinich and Massa on health care, Kucinich, Stark and DeFazio on cap-and-trade, Kucinich on budget, and six representatives (Kucinich, Stark, Jackson Jr., Conyers, Filner and Welch) who objected to the defense language in the hate crimes bill.

Here, then, are the 25 most valuable Democrats, relative to their districts:

The most valuable Democrat is … Bart Gordon of Tennessee. He voted with his party on each policy except health care and Stupak, in spite of being in a R+13 district. Unfortunately for Democrats, he’s retiring.

Gordon is followed by several other veteran members, such as John Spratt of South Carolina and Ike Skelton of Missouri. The key thing to notice is that some of the most conservative Democrats are actually the most valuable. For example, Chet Edwards of Texas voted against his party on health care, cap-and-trade, the jobs bill, and financial regulation, but with the Democrats on the other six policies. But because he hails from an R+20 district, each of those yea votes (and these were yea votes on important policies, not tokens) qualifies as something of a minor miracle. Indeed, 12 of the 25 most valuable Democrats are Blue Dogs.

The highest-scoring Democrat to have voted for all ten policies was Gabrielle Giffords of Arizona, who herself is a Blue Dog — she votes against the Democrats somewhat frequently on certain issues, but evidently sticks by her party on key votes. The the most valuable member of the Progressive Caucus is Alan Grayson of Florida, who also voted for all 10 policies and comes from a R+2 district.

Herseth-Sandlin, for her part, ranks as the 37th most valuable Democrat, with a score of +3.38.

On the other end of the spectrum are a handful of Democrats who have negative scores. They vote with their party less often than a generic congressman from their district would, even without guaranteeing that the generic congressman is a Democrat. In other words, these are people who potentially deserve a primary challenge — on average, dumping them would leave the Democrats better off, even if there’s some chance that they’d be replaced by a Republican.

Topping the list is Artur Davis of Alabama, who comes from a D+18 district but yet has voted against his party on health care, detainees, cap-and-trade and Stupak. Fortunately, Democrats won’t have to primary him — he’s quitting the Congress to run for governor — but he’s doing a fair amount of damage in the meantime. Following Davis is John Barrow of Georgia, who has been the subject of a primary challenge before. Then there’s our good friend Parker Griffith, who voted against the Democrats on all ten bills — fellow Alabaman Bobby Bright (who I’d give 60/40 odds of also joining the Republicans) was the only other Democrat to have done so.

(Brief strategy memo to teabaggers: it’s not worth mounting your own primary challenge to Griffith. You’ll like him. Trust me.)

At the same time, the system can be quite punitive for just one or two votes against the party for a congressman who comes from a sufficiently liberal district. For example, Mike Quigley of IL-5, who replaced Rahm Emanuel in a special election in April, is punished here for a hard-to-explain vote against the Democrats on the jobs bill. Although it’s probably not advisable to primary a congressman based on literally just one vote, if the pattern is repeated to any extent in future years such a challenge may become viable; the party should be able to expect something close to 100 percent loyalty from members in districts such as these.

(Note: Marcy Kaptur’s vote against financial regulation should be classified as a ‘liberal no’. The article has been updated accordingly.)