Good news: Orders for durable goods — motor vehicles, machinery, computers and other long-lasting items — rose in April, according to data released Tuesday by the Department of Commerce. Most economists expected a decline.

But if we dig into the manufacturing sector data, we see that the U.S. government ordered 10 submarines from General Dynamics in April; that deal was worth nearly $18 billion. Although the whole order doesn’t count in April’s data, enough of it was allotted to skew the month’s headline number.

Durable goods orders don’t make for lively dinner-party conversation, but they have a huge effect on the economy. In April, the total value of new orders, at an annualized rate, was nearly $250 billion. Relative to March, total orders rose 0.8 percent. But remove defense-related orders, and the total orders posted a decline of 0.8 percent. The General Dynamics submarine contract appears in the “defense capital goods” category, which rose 39.3 percent in April and is up 21.1 percent from a year ago.

We shouldn’t count on big-ticket defense orders to juice durable goods every month; defense spending is likely to decline. The Congressional Budget Office projects that defense appropriations, as a fraction of the size of the economy, will continue to fall in the coming decade. (Part of that decline is due to the unwinding of the U.S. presence in Afghanistan, which President Obama announced Tuesday would fully conclude in 2016.) The sequester, or mandated cuts to the federal government’s budget, hit defense spending hard, carving $470 billion out of the budget. 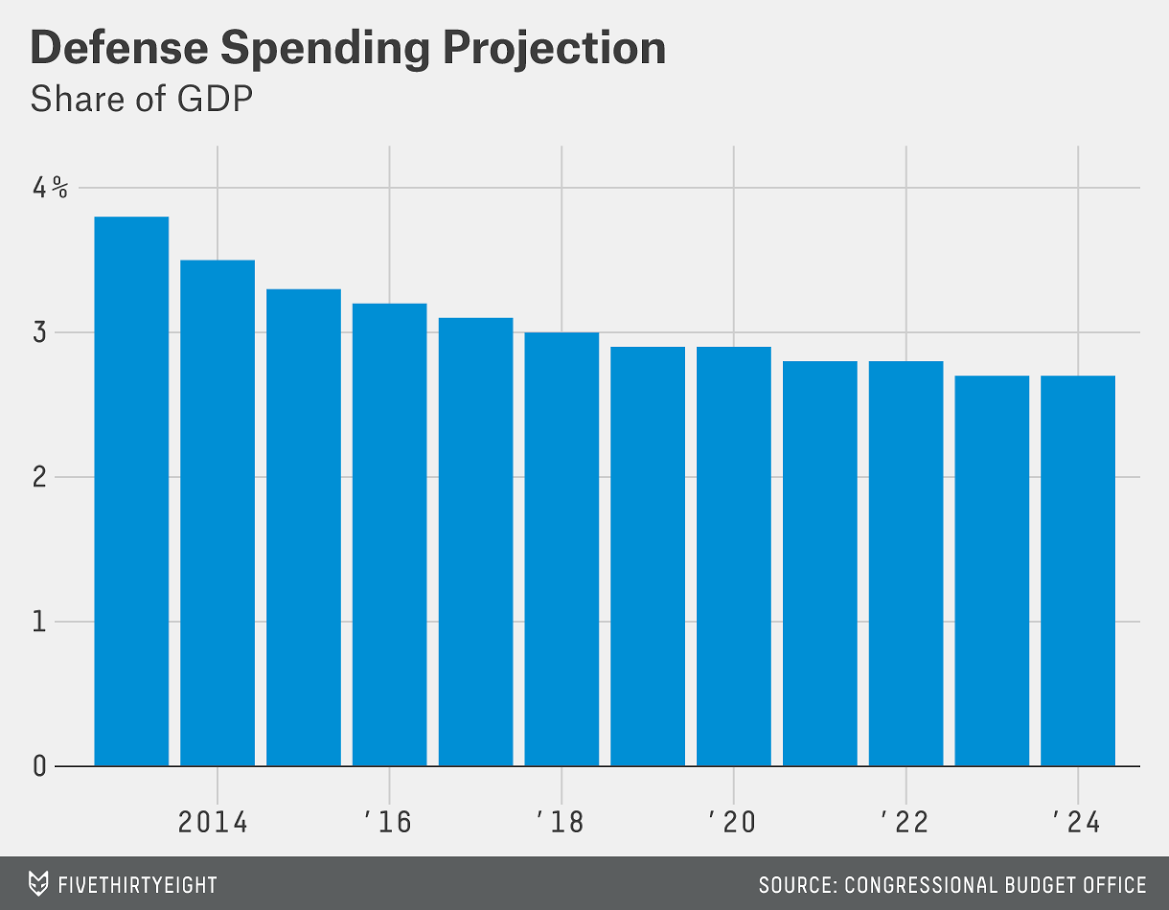 When the government releases its estimate of second-quarter gross domestic product growth in July, one of its key components will be business investment. And to estimate business investment, the Bureau of Economic Analysis looks at a subset of the durable goods report: “core” capital goods, which don’t include defense orders or airplane purchases. That’s right — by just stripping out the big-ticket manufacturing orders, one can get a better sense of the business investment climate. In April, “core” capital goods orders fell 1.2 percent, indicating a softness not otherwise conveyed by the headline number.