Elo finished off the regular season in style, winning by a season-high average margin of 72.2 points. Teams that rested starters in Week 17 seemed to give the readers trouble; the best win of the week for Elo, for instance, involved downgrading Minnesota with Sean Mannion starting in Cousins’s stead, and the readers also failed to account enough for Houston leaving Watson on the bench against Tennessee. (Then again, perhaps the field overcorrected to Baltimore resting starters against Pittsburgh.) It was Elo’s 15th victorious week of the season in 17 tries — almost as good as the 16-for-17 showing it had during last year’s regular season.

Congratulations are in order, though, to Jeffery Xiong, who led all readers in Week 17 with 178.0 points, and to Aaron DiGenova, who keeps on leading the full-season contest with 1,091.0 points. 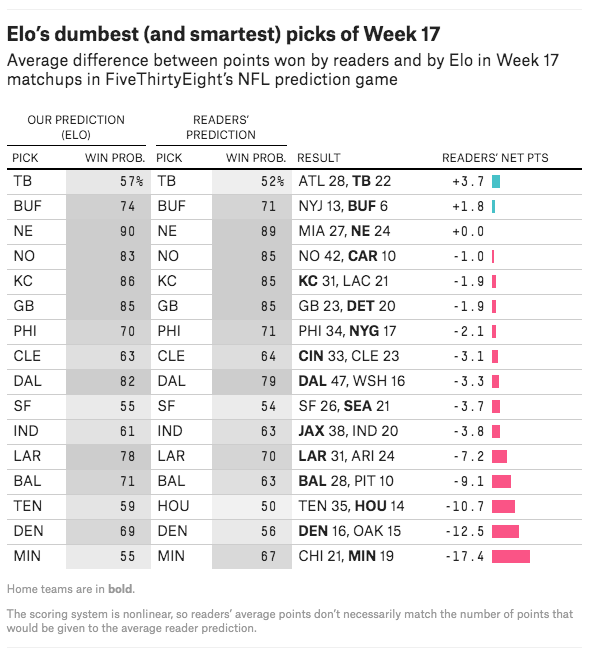