After being blown out by the Elo algorithm for most weeks of the 2019 season’s second half, the readers kept things close in Week 15 and maintained that trend in Week 16 as well. Although the computer had some good picks, led by calling Philly’s win over the Cowboys, the readers also had some nice calls of their own. They rightly picked Houston to beat Tampa, for instance, and they were lower on the Vikings and Chargers than Elo was before each team lost. Still, the algorithm won the week by an average margin of 14.1 points, notching its 12th straight win over the field and bringing its record to 14-2 on the season.

Congratulations are in order, though, to Jo Benincasa, who led all identified readers in Week 16 with 146.0 points, and to Aaron DiGenova, who continues to lead the full-season contest with 1,051.9 points. 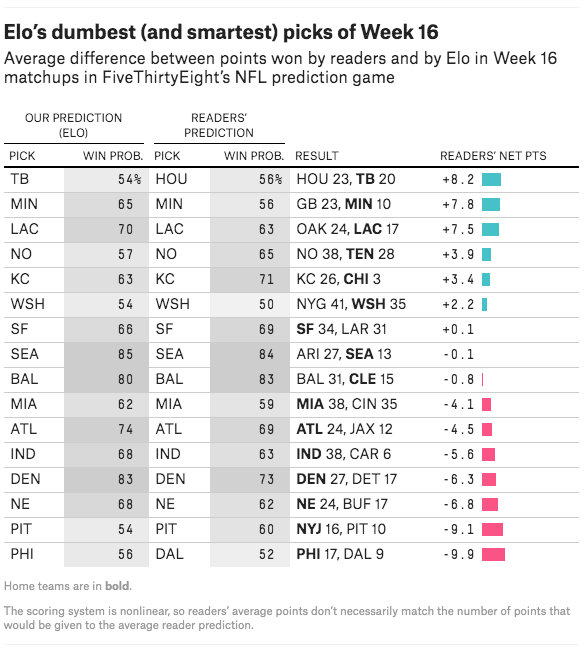