The readers had a good showing in Week 15, picking up points for downplaying favorites like the Titans and Browns and for correctly defying the model in Sunday night’s Bills-Steelers tilt. Elo struck back by hedging against the Lions, Rams and Niners, though, and ended up winning the week by an average of 3.4 points. It was Elo’s smallest margin against the field since losing outright in Week 4, but it does mark the algorithm’s 11th consecutive victory over the readers, bringing its record on the season to 13-2.

Congratulations are in order, though, to Jason Andrew Cunningham, who led all readers in Week 15 with 198.3 points, and to Aaron DiGenova, who reclaimed the full-season contest lead with 1,016.3 points. 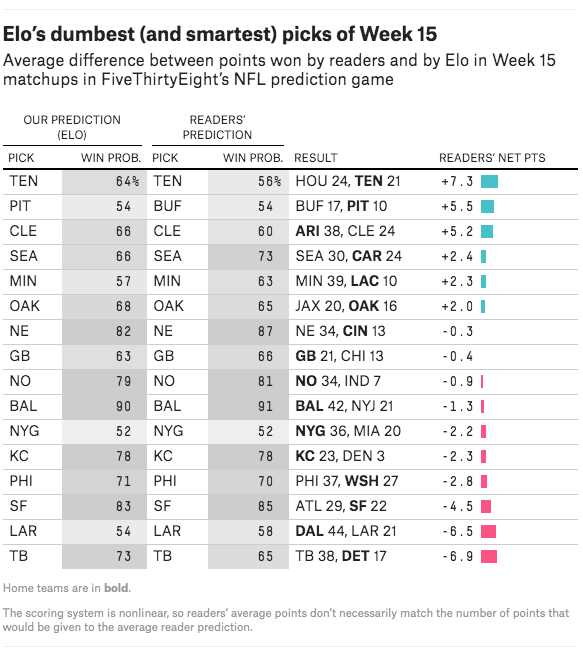