Readers scored two big wins over the model last week, downgrading the degree to which the Patriots and Saints were favored at home against tough visiting opponents. But those games were the exception to the overall rule of Week 14, during which Elo beat the field by 57.7 points on average. Elo picked up positive points in 13 of the week’s 16 games, headlined by correctly calling the Bears over the Cowboys and the Rams over the Seahawks. This marks 10 consecutive weeks in which Elo has beaten the average reader.

Congratulations are in order, though, to Millard Sposato, who led all readers in Week 14 with 280.1 points, and to Joseph Ewbank, who has the full-season contest lead with 920.5 points. 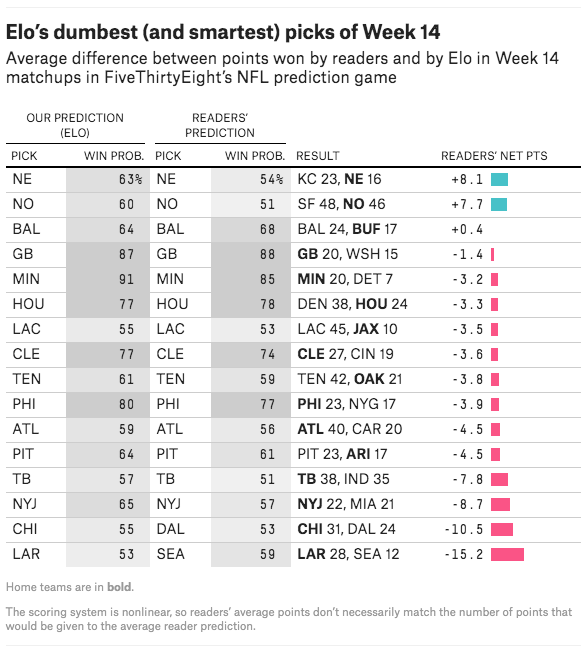