Week 13 saw another big win for Elo, with the algorithm beating the field for the ninth straight week, this time by a margin of 35.6 points on average. The readers picked up points for believing in Seattle more than Elo and believing in Jacksonville and the New York Jets less. But they lost big on Miami’s big upset over Philadelphia and the L.A. Chargers’ heartbreaker against Denver (not to mention Houston’s win over New England). The algorithm’s record on the season against the field is now 11-2.

Congratulations are in order, though, for Mark Ruzicka, who led all readers in Week 13 with 138.4 points, and for Aaron DiGenova, who is still ahead in the full-season contest with 865.7 points. 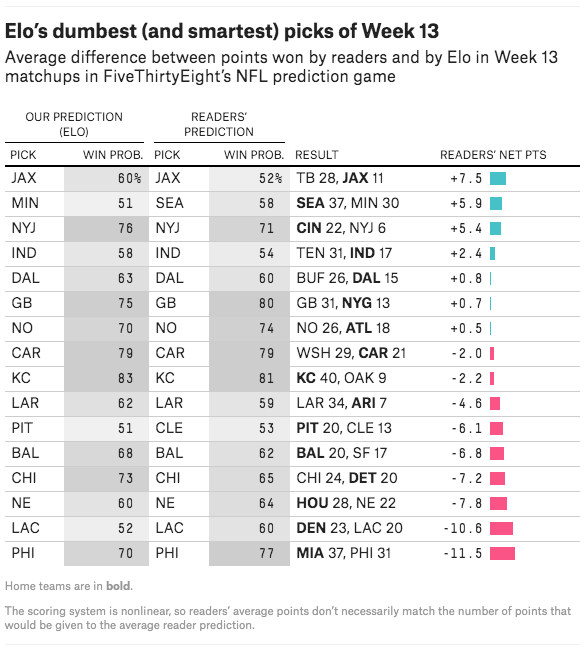