None of the Week 11 games swung things massively in either direction. The readers’ best pick was its extra confidence that New England would beat Philly, while Elo’s best call was setting the Browns and Steelers as a pick ’em. But overall, Elo came out ahead on most games of the week, with the average reader gaining points from only three contests: New England-Philadelphia, Buffalo-Miami and Washington against the Jets. Because of this, the average user lost 27.8 points to the algorithm for the week, marking Elo’s seventh straight week ahead of the field (and its ninth win in 11 weeks overall).

Congratulations are in order, though, to Tyler Baumann, who led all identified readers in Week 11 with 254.0 points, and to Aaron DiGenova, who sits atop the full-season contest again with 829.4 points. 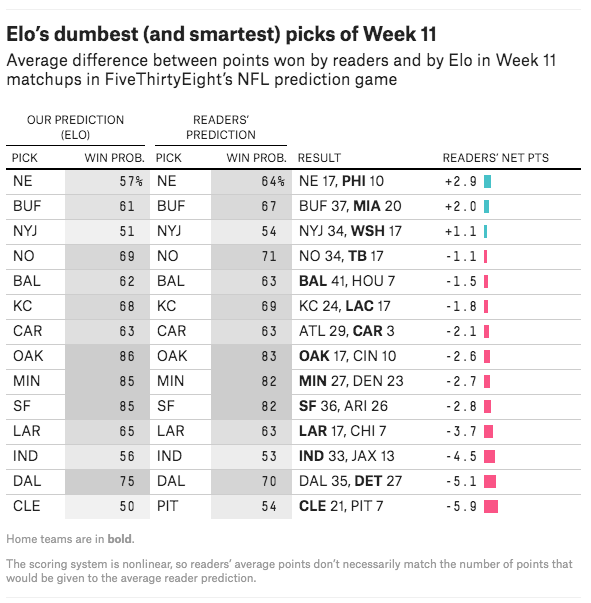